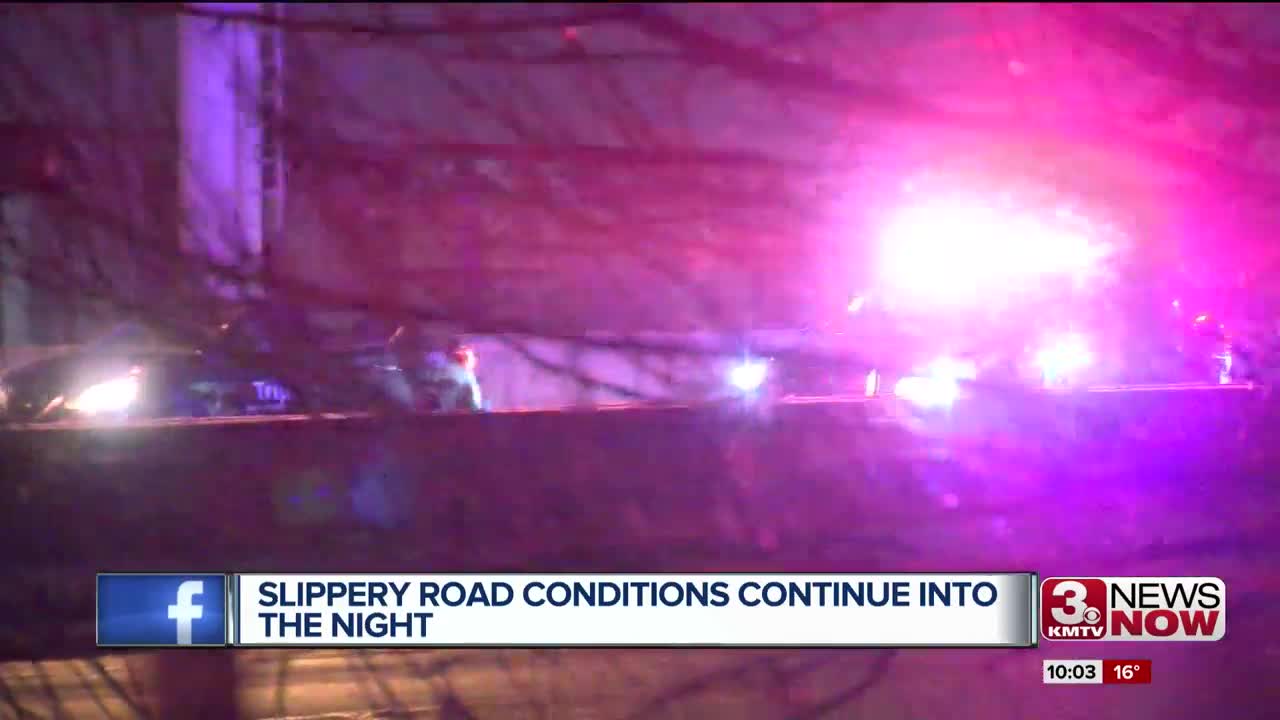 OMAHA, Neb. — Slick driving conditions and low visibility made for a messy drive Friday evening. Multiple vehicles spun out, slid off the roads and crashed.

Nebraska and Iowa State Patrol tweeted out multiple crashes Friday including one Iowa State Patrol Trooper getting hit by a driver that was going too fast for the road conditions. Another driver hit a Nebraska trooper who was investigating a crash on Highway 75 near L Street. That crash shut down southbound lanes of the highway. All troopers involved are okay.

The snow showers were expected and public works did what they could to prep the roads.

"The minute we see on radar the precipitation is coming, the men and women will be in their saddles and doing as needed," Rod Ripley from Sarpy County Public Works said.

Wind a low visibility into the nighttime affected drivers as they struggled to get to their destinations safely.

"Especially as it gets in to the dark time you can't hardly see," Ripley said.

The Omaha Police Department was on accident alert Friday meaning they weren't responding to property damage crashes, only to injury accidents. Crews were hard at work plowing and salting roads late into Friday evening. Taking additional safety measures like slowing down, increasing distance and staying off cruise control is recommended by safety officials.