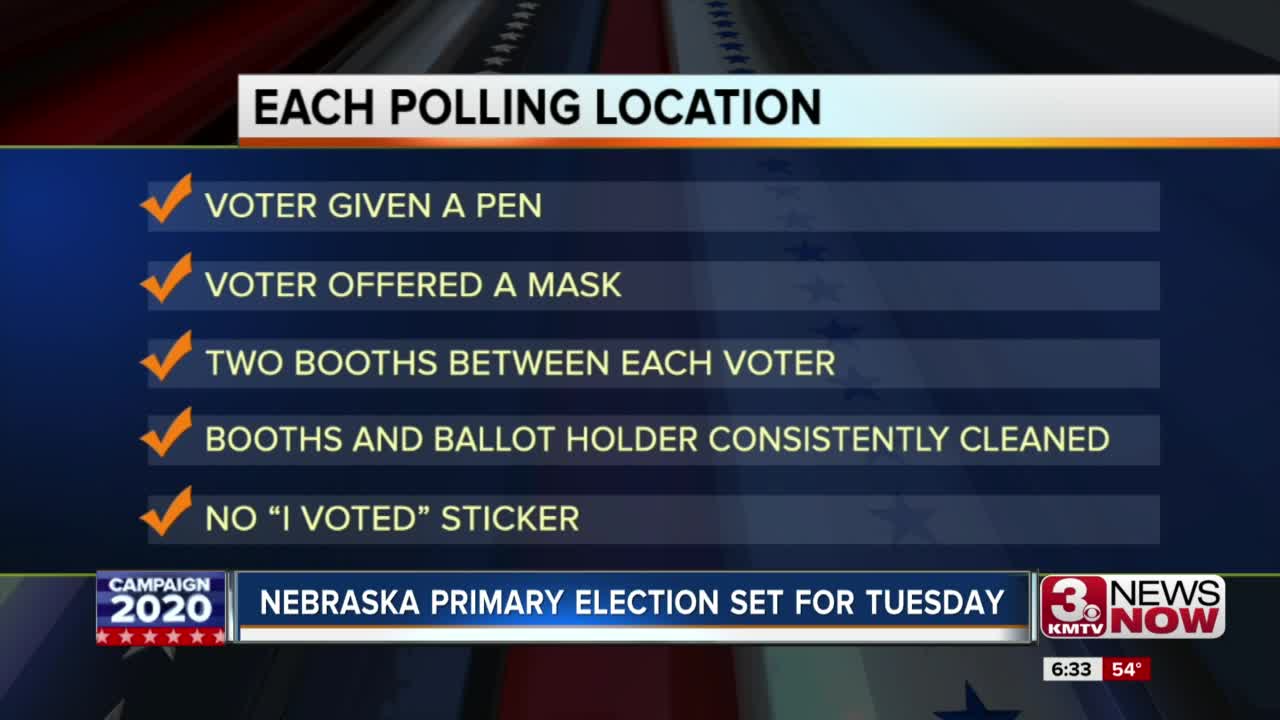 OMAHA, Neb. (KMTV) — Governor Ricketts has stated it multiple times, the primary election will go on.

That primary is set for Tuesday, with many precautions put in place so voters can vote safely at the polls.

Tens of thousands of ballots were already being counted Monday morning in Douglas County.

And they needed to start early, because vote by mail numbers were unprecedented for a primary.

“So we’re having a very strong turnout this year,” says Secretary of State Bob Evnen.

In Douglas County, the record for primary turnout is 27 percent, set back in 2006, and the past two primaries saw a 21 percent turnout.

The predicted turnout this year is 35 percent.

But still the polls are open Tuesday, with plenty that plan to still go out to vote.

At each polling location, voters will get a pen, be offered a mask, have two booths separating each voter. Those booths and ballot holders will be sanitized constantly, but those that come in, won’t be getting the treasured ‘I voted’ sticker.

If voters arrive at their polling location and have to wait in line, there will be tape on the ground that is separated six feet apart. Now if that goes long enough, some voters may have to wait outside.

“It’s for their safety, it's for the poll workers safety. So we’re asking, please be patient,” says Kruse.

Douglas County Election Commissioner Brian Kruse also says that voters can avoid using a booth all together if they want.

“If they just want to stand out in the open and mark their ballot and not use a voting booth, they can do that,” says Kruse.

And for those that got a ballot and haven’t yet returned it, Evnen says avoid the post office at this point and don’t take the ballot to the polls either.

Evnen also says he never seriously considered having an all vote by mail primary.

“We don’t need to be an all-mail state. That has a whole other set of logistical issues and security issues,” says Evnen.

He hopes the state can have a more normal election in November.