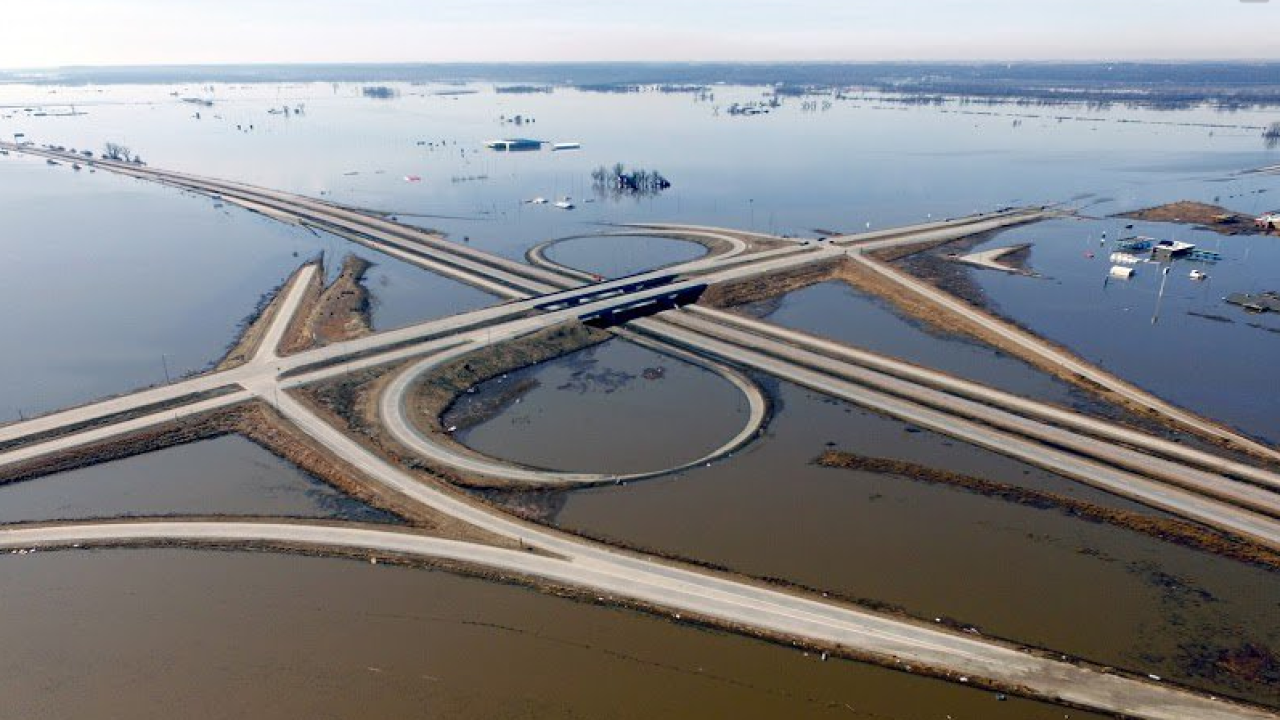 File Photo of I-29 Flooding

PERCIVAL, Iowa (AP) — Highway travel has been restored between Interstate 29 and the Missouri River near Percival in southwest Iowa.

The Iowa Transportation Department said Thursday that a contractor has laid down temporary pavement in damaged areas of the westbound lanes of Iowa Highway 2. The two lanes will be divided for now into eastbound and westbound traffic.

The repairs will let vehicles use the bridge that connects Iowa and Nebraska at Nebraska City.

The highway was closed in mid-March after levees gave way during the flooding. The area was flooded again in late May, following heavy rains and the upstream water releases by the Army Corps of Engineers.

The temporary fix is expected to continue during reconstruction and further repairs.