Stacey Abrams makes a stop in Omaha to speak at a Girls Inc. event 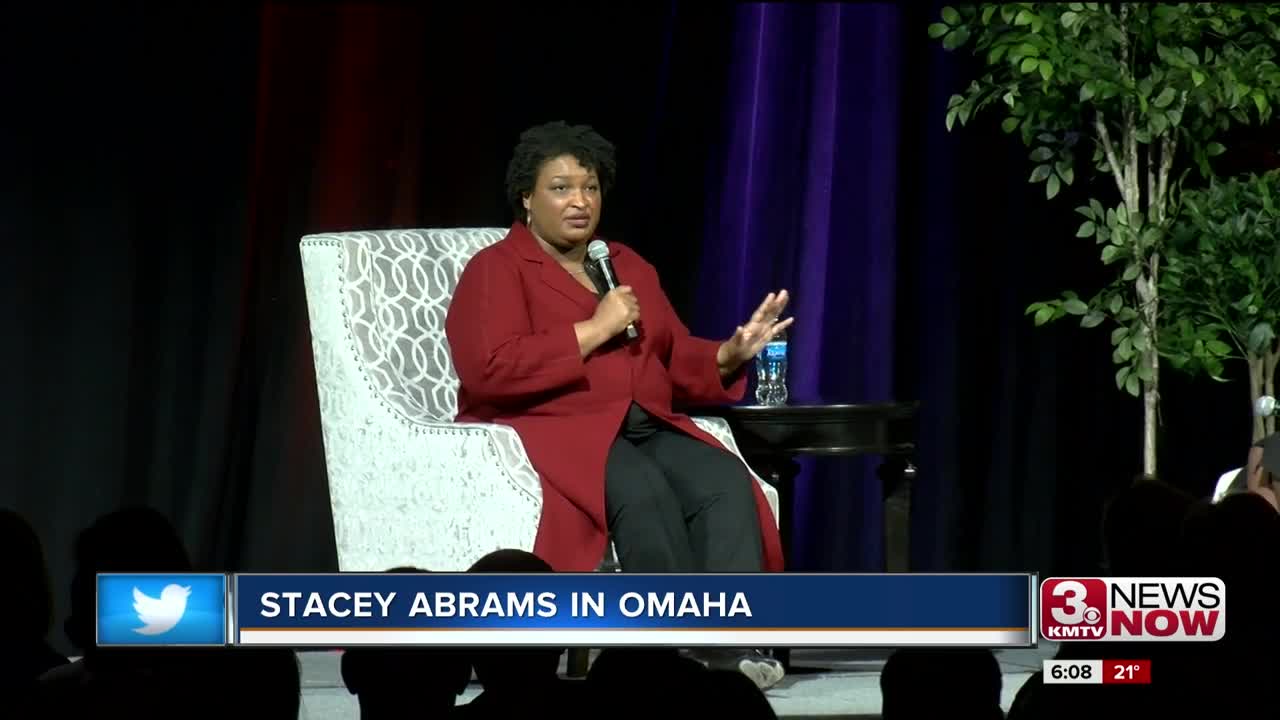 OMAHA, Neb. — Stacey Abrams is an author, entrepreneur and most notably a politician. She served eleven years in the Georgia House of Representatives and then rose to fame during her historic 2018 run for the governor of Georgia. On Monday she made a stop in Omaha to speak at a Girls Inc. luncheon at CHI Health Center.

Abrams spoke about her experience of being an African American woman in politics in an effort to inspire the women of Omaha and women everywhere.

"You have to be smart because you have to be willing to learn as much as possible especially when you come from communities where you can be underestimated," Abrams said at the luncheon.

When Abrams ran for governor, she was the first black woman to become the gubernatorial nominee for a major party in U.S. history. She controversially lost that election.

"Yes, I believe that voter suppression had a lot to do with the outcome of the election. I can't say that it would've made me governor, but I know that thousands of people were not heard who deserved to have a voice in that election and that's a problem," Abrams said.

Abrams is a big advocate of voting rights. She believes in the right to vote for everyone, including the previously incarcerated. It's something she's fought for for years and mentioned at the event on Monday.

"But we all have the right if we are eligible to participate in elections. And that's what the fight against voter suppression is. It's the fight to make sure very voice is counted," Abrams said.

And while Abrams isn't interested in running for president, the buzz around the room was that she may consider being someone's running mate. Over 1,000 people listened to Abram's message and learned more about the non-profit Girls Inc.

"I think this organization is doing an extremely valuable service by helping so many young women meet their potential," luncheon atendee Sheila Fields said.