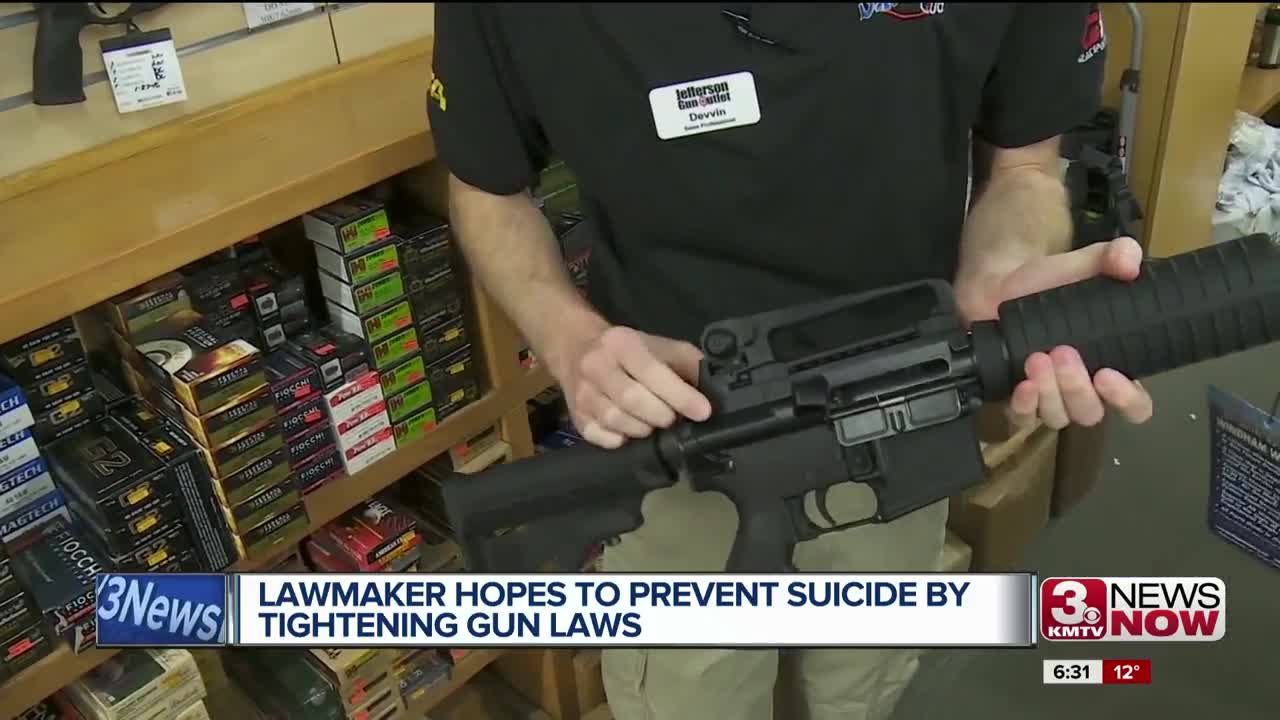 LINCOLN, Neb. (KMTV) — State Senator John McCollister hopes to tackle the tough issue of suicide, by honing in on guns.

His proposal, LB 816, would put a 48 hour waiting period to anybody purchasing a semi automatic rifle or shotgun, putting those weapons in the same category as a handgun.

That requires certification from local law enforcement, who conducts their own background check, before allowing the person to own a semiautomatic weapon.

The bill would also require suicide prevention material to be provided with certification and a background check when purchasing a firearm at a gun show.

"We don't in any way restrict ownership of a gun as long as they go through the background check,” says McCollister.

The bill does include some exceptions in certain sales.

"Private sales between family members and things like that, would not be regulated in any way," says McCollister.

Another bill released today aimed at suicide prevention would have nothing to do with guns at all. Instead it would be focused on Nebraska high school students.

The bill from Bellevue Senator Sue Crawford would force every public middle and high school in the state to put the number of a suicide hotline on every student's ID card.

Local suicide experts say, even simple steps like this, could make a big difference.

"If somebody is contemplating and wants to know, where do I turn, who do I call, having that number readily available is going to be very important,” says Dr. Dave Miers, co-chair, Nebraska State Suicide Prevention Coalition.