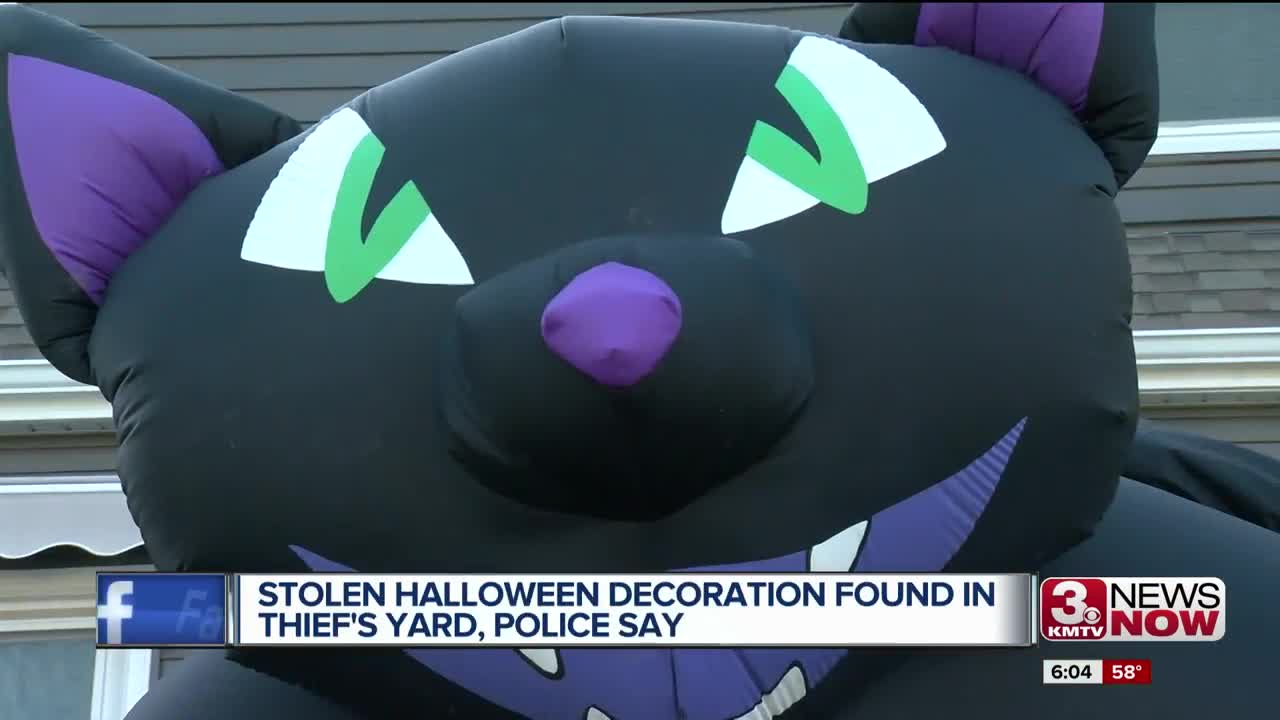 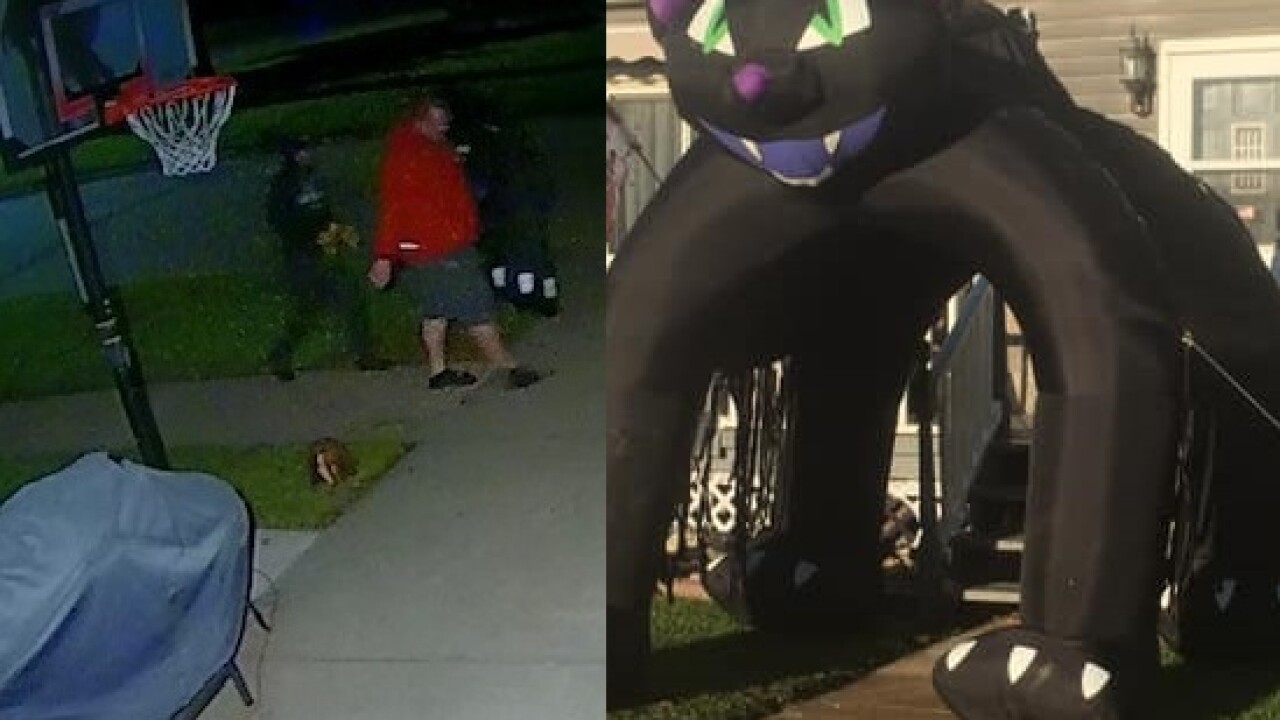 COUNCIL BLUFFS, Iowa (KMTV) -- — A family was able to track down a sentimental Halloween decoration stolen on camera.

Erica Parker put up an inflatable cat outside her mom's home in Council Bluffs.

Parker's family took down their entire display; heartbroken the cat was gone since it was their dad's favorite. He died of cancer about 4 years ago.

Parker got a tip from a neighbor, and found the cat blown up in someone else's yard about 24 hours later. Police arrived and they identified the item as Parker’s.

Andrew Gillespie, 29, was cited for misdemeanor theft. Police say he admitted to taking it, saying it was a bad decision.

She wants to thank the neighbors and people on Facebook for looking out for something that's more than just a Halloween decoration.

“It still shows that there are good people out there in this world,” Parker described. “Definitely a lot of people out here are going to start keeping their eyes open a little more on all the crime activity that's been happening in our neighborhood, but with everybody pulling together we shouldn't have a problem."

Gillespie will be in court next week.