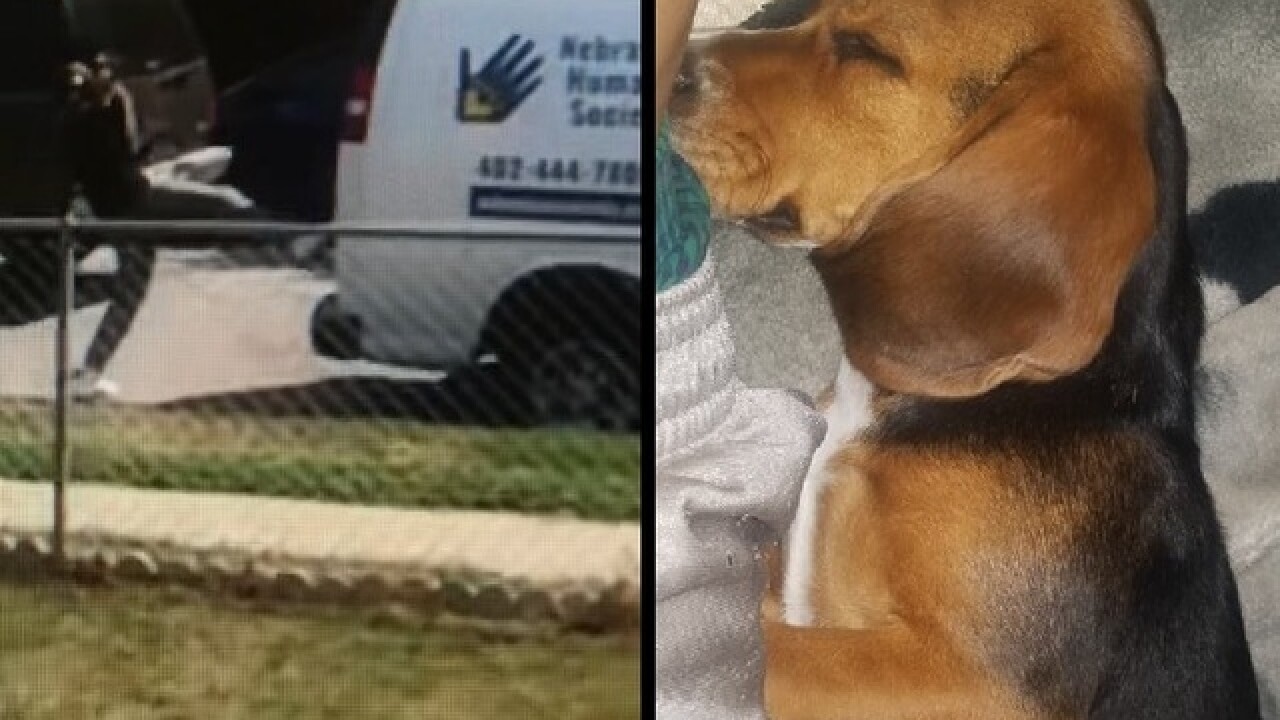 By: Jennifer Griswold
Posted at 9:08 PM, Aug 16, 2018
The Nebraska Humane Society says a beagle puppy named Lucky has been located and is in great shape.
Someone snatched the dog, named Lucky, from a Nebraska Humane Society van parked near 40th and Franklin in Omaha last week. The incident was caught on camera.
NHS was taking possession of four dogs because a landlord was evicting the tenants. NHS was going to hold the dogs until the owners could pick them up. The owner of the home was recording the process to protect his house but didn't expect to catch the dog-napping. NHS said the owner of the dog went to pick up the animal and found out it was missing. Officials say the owner was distraught over what had happened.
In a news release today, NHS said there had been no arrests but the dog was found. They planned to release more information tomorrow.
Copyright 2020 Scripps Media, Inc. All rights reserved. This material may not be published, broadcast, rewritten, or redistributed.