Central students walked out of school at 10 a.m. Friday to push for gun control. 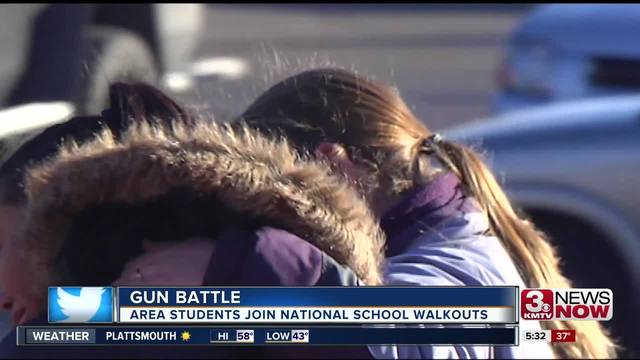 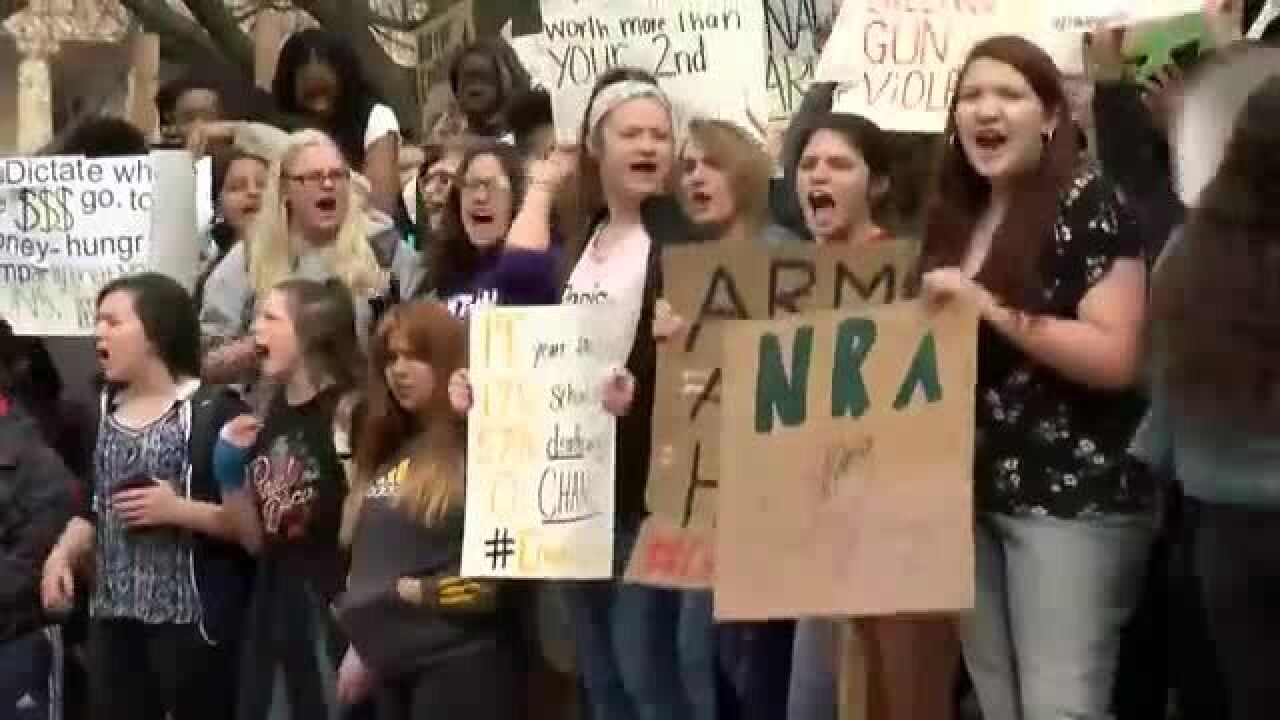 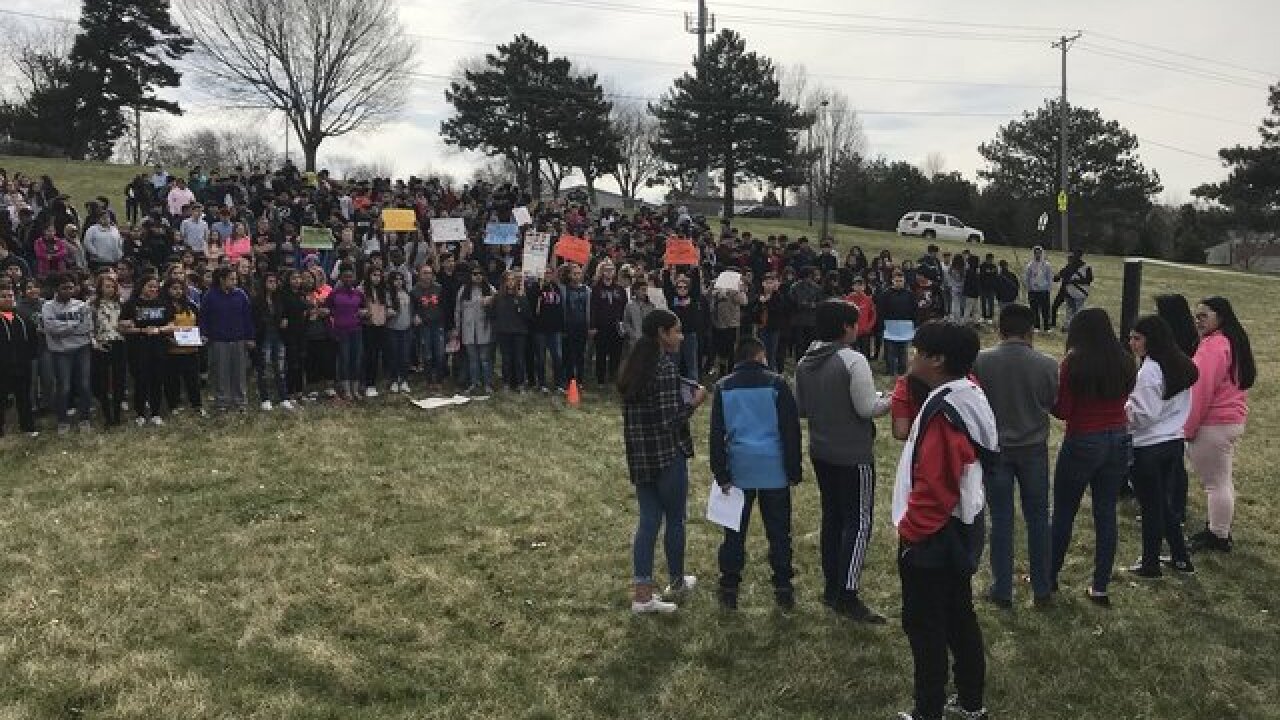 On the day that marks the 19th anniversary of one of the deadliest school shootings in U.S. history, area students will join national demonstrations to advocate for safer schools.

Hundreds of students gathered at Central, holding signs and chanting on the school's front steps.

A little after 2 p.m., Omaha Bryan students had a walkout of their own and rallied on the school's football field.

According to a flyer shared online, student organizers hope demonstrators will deliver petitions to Sen. Deb Fischer's office. Previously, the lawmaker opposed gun control proposals, saying in 2013 that related legislation "would have little or no effect on violent crime - the very problem we are seeking to address in the first place."