Surveillance footage of Trail & Boswell leading up to disappearance 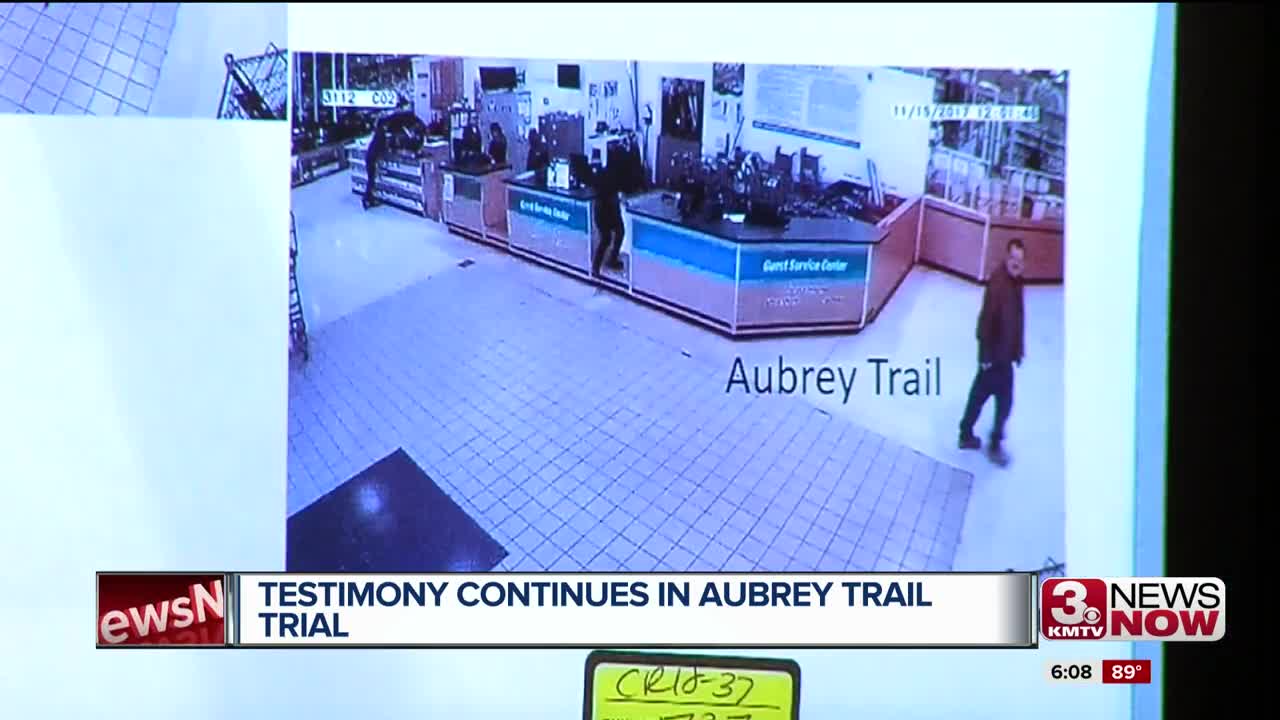 Prosecutors track Aubrey Trail and Bailey Boswell up to and the day of Sydney Loofe's disappearance.

WILBER, Neb. (KMTV) — Aubrey Trail and Bailey Boswell allegedly just feet from Sydney Loofe's home...and while she was working. Prosecutors believe it paints a clearer picture that they intended to murder the 24-year-old.

Prosecutors follow Boswell and Trail's movements leading up to the disappearance through surveillance and phone records:

You can watch the collection of surveillance video below:

Here is footage of Aubrey Trail and Sydney Loofe crossing paths at the Menards where Loofe worked the day before she was declared missing:

Loofe SOT
Copyright 2019 Scripps Media, Inc. All rights reserved. This material may not be published, broadcast, rewritten, or redistributed.