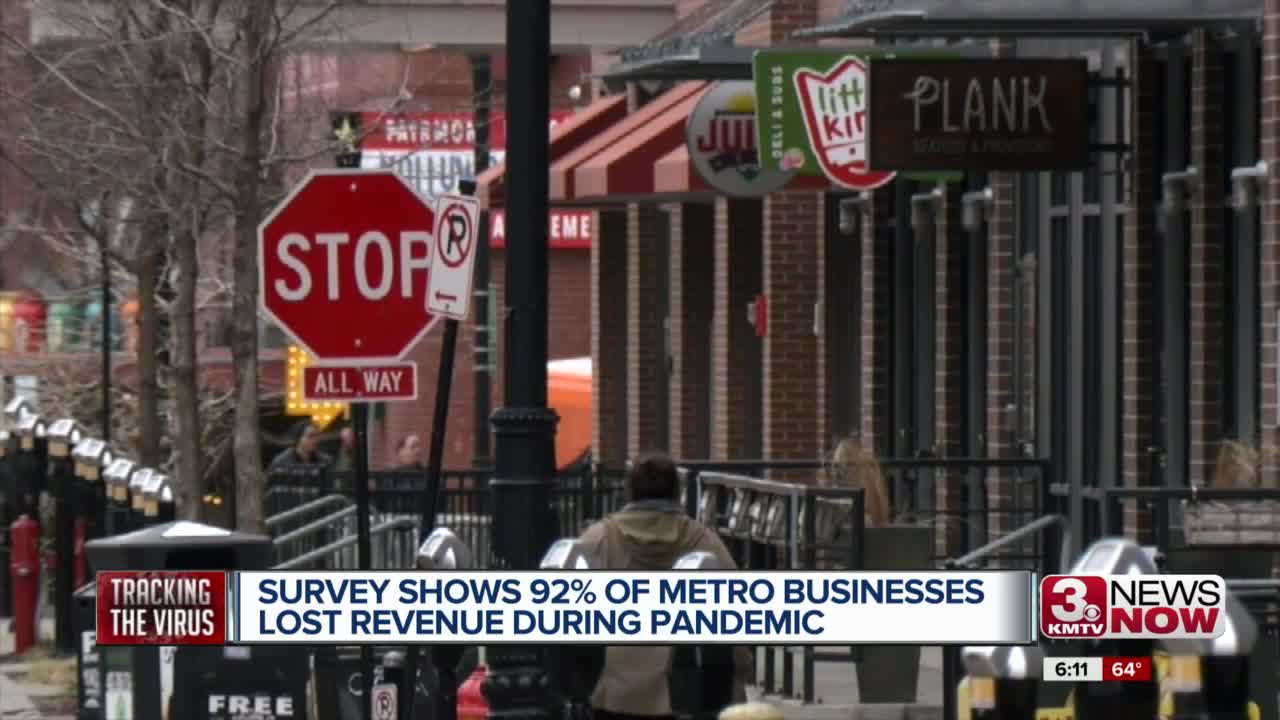 A look at the financial impact of coronavirus on Metro.

LINCOLN, Neb. (KMTV — It's no secret that Nebraska businesses have been hit hard by the coronavirus.

Tuesday, we got a better idea on the scope of it.

4,500 Nebraska businesses filled out a survey in April, with 87 percent of them statewide saying they’ve been impacted by the pandemic.

Businesses across the state, most of them small businesses, filled out the survey. It showed that the healthcare industry, as well as the entertainment, restaurant and bar industries were the ones that were hit hardest by the pandemic.

Cathy Lang with the Nebraska Business Development Center hopes lawmakers use this information as they consider re-opening the economy.

“What we’re trying to do is layout information, what businesses are providing us. So that policy makers can consider that information,” says Lang.

66 percent of businesses say they have or are considering applying for federal assistance.

A second survey will be coming in June to gauge how much that helped.

“How have they helped out, did the programs allow businesses to do exactly that,” says Lang.

Ricketts also said his executive order that suspends evictions in Nebraska expires at the end of the month.

He says by now, renters should have gotten unemployment benefits and he fears renters will fall too far behind on their rent and won’t be able to catch up.