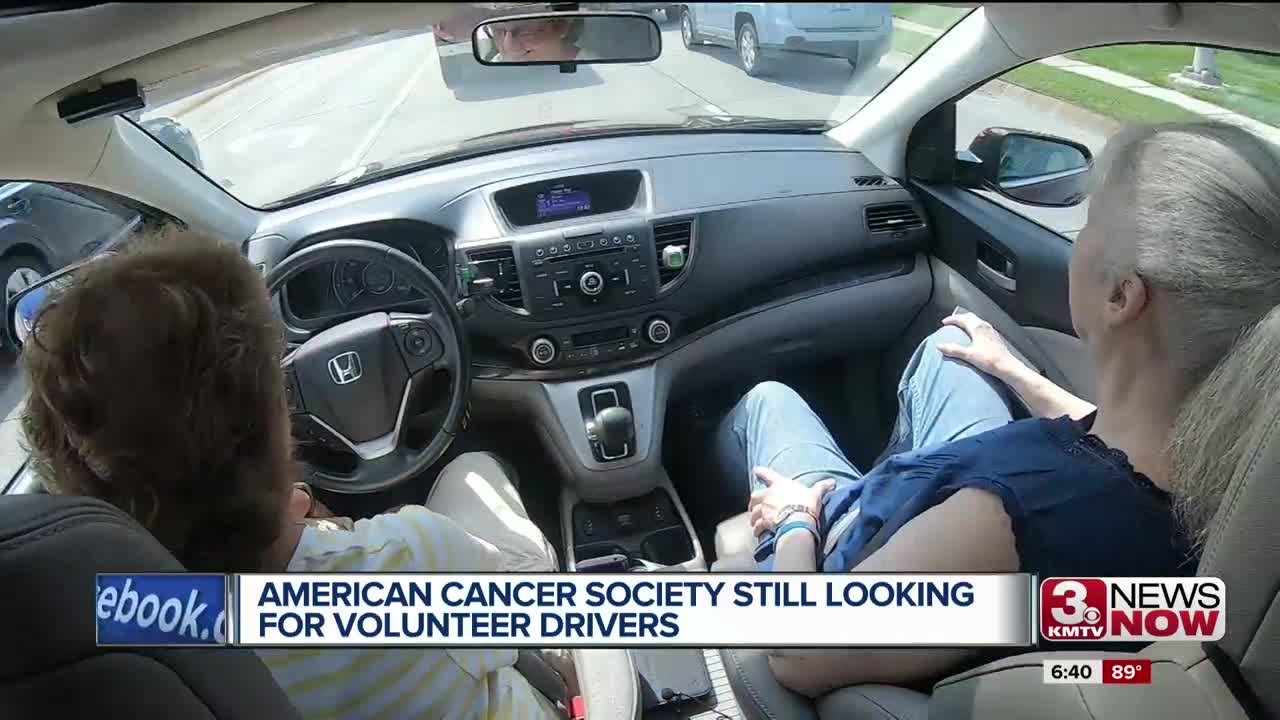 OMAHA, Neb. (KMTV) — The American Cancer Society is still looking for volunteer drivers, to take cancer patients to and from their treatments. They say it's an important role, and if you want to give back, this is a great way to do so.

"I have to be in a joking matter, even though cancer is a very serious disease, and people die from this disease," said Sharon Carlton, who was diagnosed with cancer in July. She keeps an upbeat attitude about it, but getting to her treatments can be a trying time. "I once took a cab, and it was $25 dollars one way, and $25 dollars another, so that's $50 right there I spent, and who's got that kind of money?"

That's were this program of volunteer drivers from the American Cancer Society comes into play. Peggy Wagoner is one of those drivers. "If it wasn't for Peggy and the other volunteers that I've had, there would be no way that I could go there all the time," said Carlton.

It's not just the rides that patients appreciate. "Having someone there who knew what they were going through and just to listen to them as they were getting a ride to treatment has been invaluable to people we've spoken with," said Brian Ortner of the American Cancer Society.

The Cancer Society is looking for more than 10 drivers in the Omaha area. If you're interested in finding out more on how to be a driver, visit www.cancer.org