The debate of paying college athletes in Nebraska 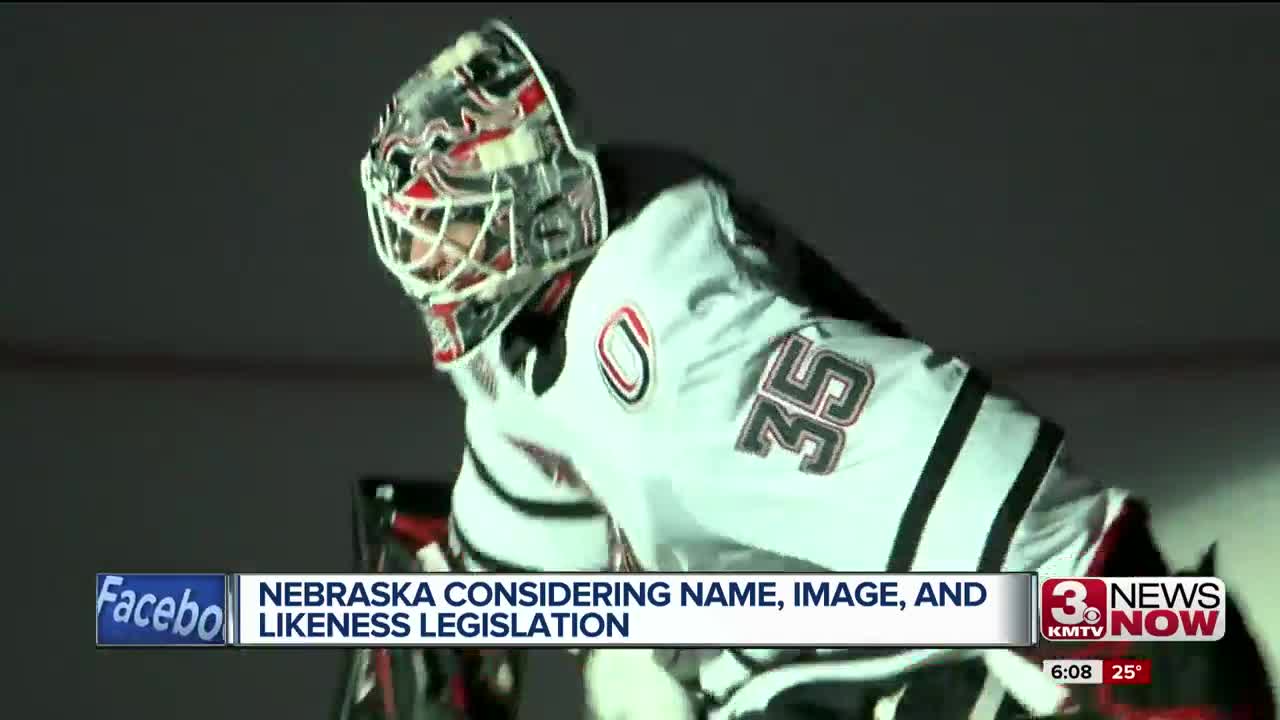 LINCOLN, Neb. (KMTV) — The topic of name, image and likeness in the world of college athletics has been up for debate for some time. Just this week, NCAA leadership answered questions from the U.S. senate committee on commerce, science and transportation in Washington D.C.

Here in Nebraska, a bill is being discussed which would allow college athletes to profit off their name, image and likeness.

"Every other college student that goes to universities and colleges in Nebraska is allowed to make money off of their talent, their gifts and their name, image and likeness. There is nobody else in Nebraska who is barred from being compensated for their talent except student-athletes," says Senator Megan Hunt.

Hunt introduced legislative bill 9-6-2 which would allow student-athletes in Nebraska to receive compensation for their name, image or likeness.

"For most of these athletes, college is the best time to earn money for their talent. Less than two percent of athletes go pro and that number is even smaller for female athletes," she says.

Currently, the NCAA bans student-athletes from receiving compensation for their name, image and likeness...meaning they can't get payments for autographs, sponsorships or royalties from video games.

"The bills are well-intended and they are pointing at a larger problem which is all of the money in college sports. While well-intended I don't think they are well-informed," says University of Nebraska-Lincoln Law Professor Jo Potuto.

Potuto is is one of the nation's top legal scholars on name, image and likeness.

"My own view is we need to cut bait one way or the other. Either say we are in the right place because of all of the negative consequences or say we're going to open it up but that is the world we are going to be in," says Potuto.

Hunt says an athlete like Lexi Sun would be a perfect example of a player who would benefit the most from this law.

"She has way more Instagram followers than anyone else on the Nebraska football team so when you about in a modern economy, the earning potential that someone like that has there is really no pay disparity between women and men," says Hunt.

While the name, image and likeness conversation is focused around collegiate athletes, Olympic hopefuls like those competing here at the U.S. Wwim trials in Omaha could be the ones that benefit the most from this legislation.

"These athletes deserve it, this will not take it over the top but when it is a full-time job to dedicate their life to the sport, yeah I think it would be a tremendous benefit," says Josh Todd.

If passed Senator Hunt believes this could be a strong tool in attracting top students from around the country.

"If recruits look across the landscape of the U.S. and they see in Nebraska I can earn money for my name, image and likeness and in California I can't do it...we're going to get a lot of people coming to Nebraska," says Hunt.

Currently California is the only state to pass legislation. Professor Potuto believes this law will ultimately need to be decided in our nation's capitol.

"If we're going to go in this area at all it has to be nationally. We can not do it at a state level," says Potuto.

On Thursday, Hunt's bill made it out of committee and on to the floor. If passed, the bill would go in to effect in 2023.