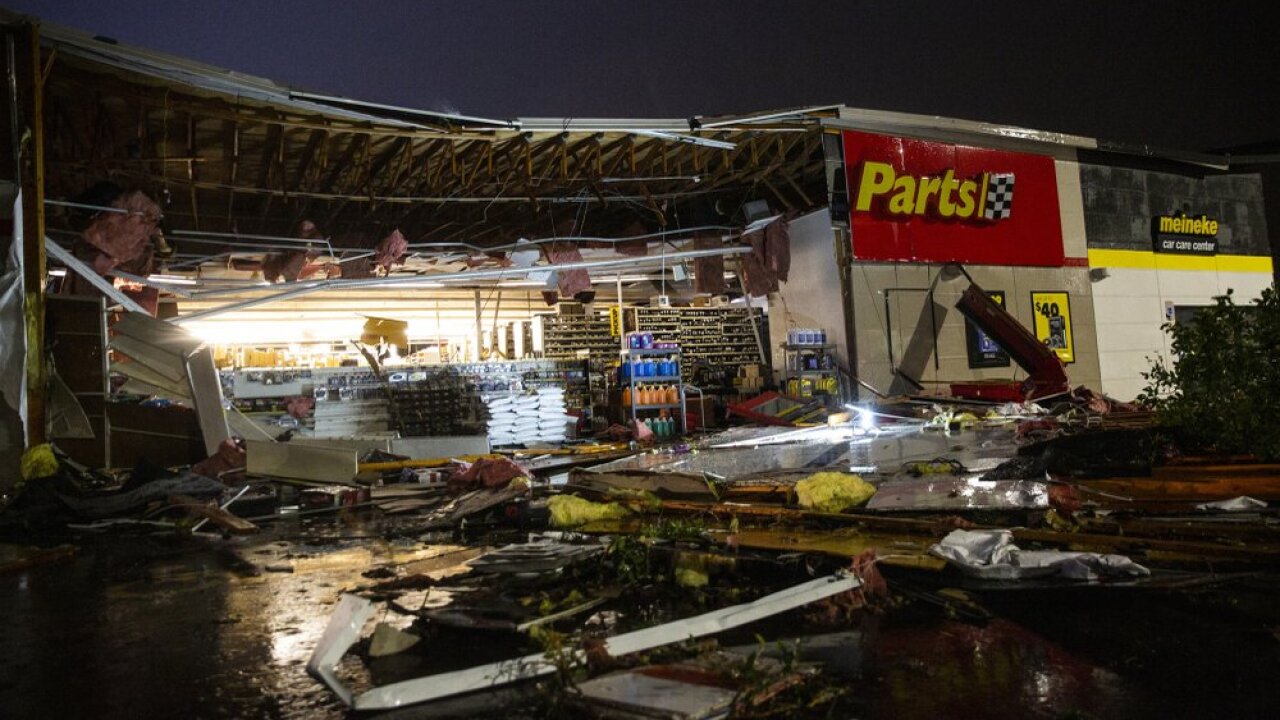 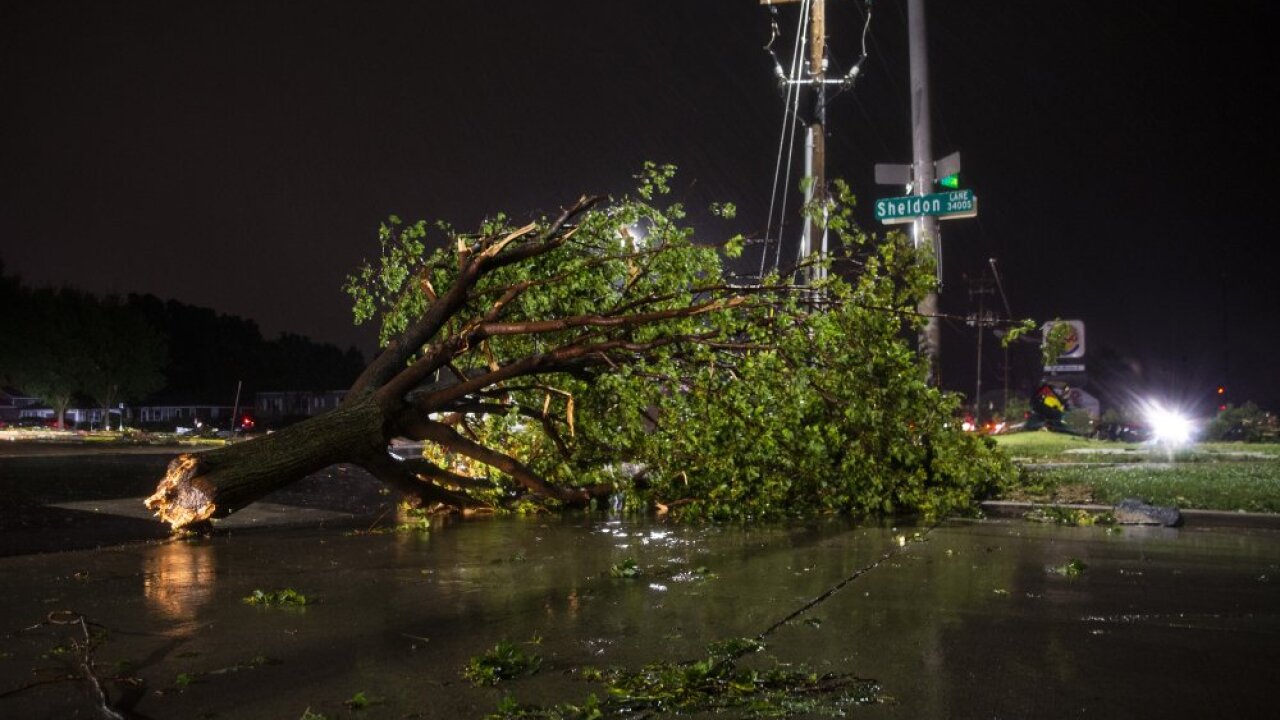 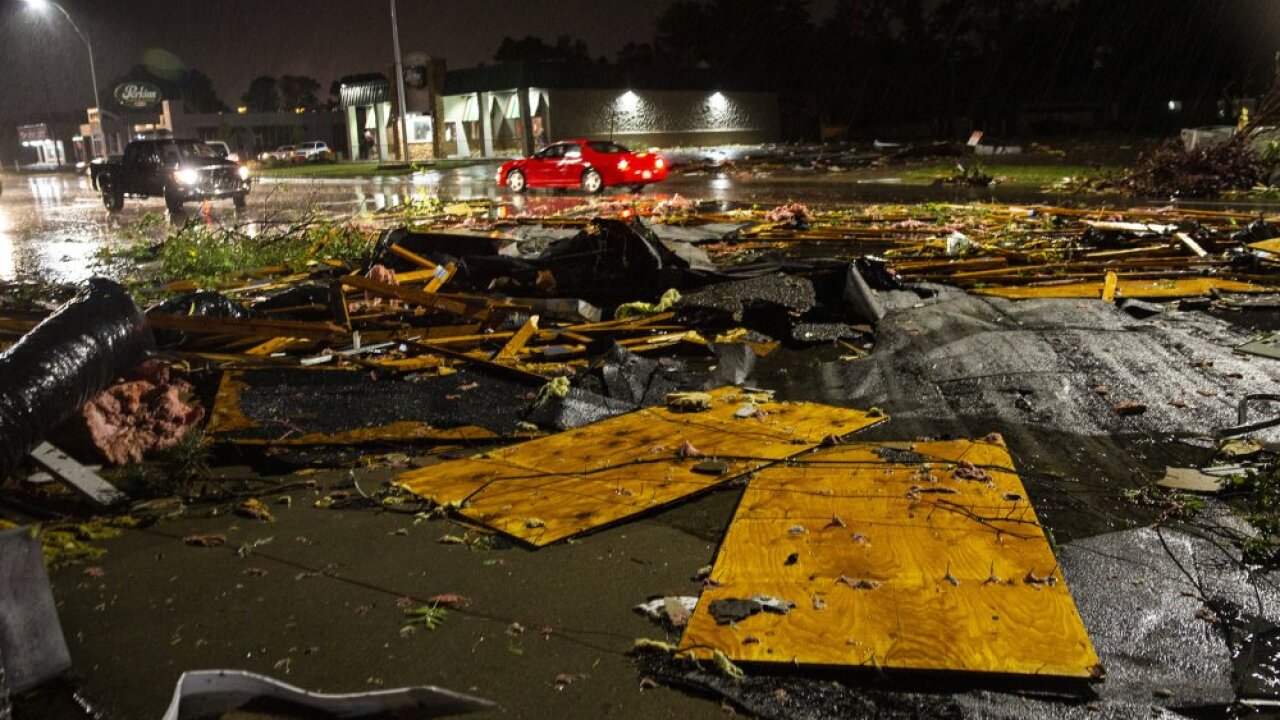 SIOUX FALLS, S.D. (AP) — The Latest on the severe weather that caused widespread damage in Sioux Falls (all times local):

Officials say the severe weather that tore apart structures in South Dakota’s largest city appears to have spared the rest of the state.

National Weather Service officials are surveying a probable tornado and straight-line winds that hit the southern part of Sioux Falls just before midnight Tuesday that caused damage to at least 37 structures. There are some reports of injuries, but no word on any fatalities.

South Dakota Department of Public Safety spokesman Tony Mangan says his office has not received other reports of destructive weather. He says they’ve been notified about flooding in Hutchinson and Brule counties, but no assistance has been requested.

Hutchinson County Deputy Sheriff Maurice Waltner says the town of Parkston received 6 inches (152.4 millimeters) of rain and had moderate street flooding. As for wind damage in the county, Waltner says “I haven’t found any yet.”

No officials were available for comment at the Brule County Sheriff’s Office.

Sioux Falls officials have scheduled an update for 10:30 a.m. Wednesday.

City officials in Sioux Falls urged citizens to stay off the streets until 8 a.m. Wednesday as crews remove debris from a probable tornado and straight-line winds overnight. Classes for Sioux Falls students were delayed 2 hours.

Fire Chief Brad Goodroad said at an early morning news conference Wednesday that at least 37 structures collapsed in the city or have structural issues. There are some reports of injuries, but no word on any fatalities.

Xcel Energy says as many as 25,000 customers were without power at one point because of the damage, but that number dropped about 2,100 customers by 6:30 a.m.

The Red Cross opened a shelter at the Sioux Empire Fairgrounds’ armory for people displaced by the storm.

Fire Chief Brad Goodroad said at an early morning news conference Wednesday that at least 37 structures collapsed in the city or have structural issues. There are a few reports of injuries, but no word on any fatalities.

National Weather Service lead meteorologist Todd Heitkamp in Sioux Falls says a damage survey will be done with the light of day to confirm that a tornado caused the damage. Heitkamp says the majority of the damage was likely caused by strong straight-line winds.

Among the buildings damaged are Avera Heart Hospital and an Advanced Auto Parts store. The local school district delayed the start of classes Wednesday as crews worked to clear debris from city streets. Xcel Energy’s outage map shows more than 8,000 customers without power in the area.

Severe weather including a tornado hit central Sioux Falls, where authorities closed streets and delayed school for two hours Wednesday as they assessed the damage.

National Weather Service Senior Forecaster Bob Oravec confirmed that a tornado touched down in the city, just before midnight Tuesday.

The twister wrecked an an Advanced Auto Parts store and caused damage at the Avera Heart Hospital, where police were letting only doctors, nurses and ambulances get in through the debris. KELO reported that an Avera spokesperson said no one was hurt at the hospital.

The Sioux Falls Police Department and Mayor Paul TenHaken are asking the public to stay at home as there is too much debris on city roads. Xcel Energy’s outage map showed more than 8,000 customers without power in the area.