The "Road to Omaha" becomes reality for baseball fan 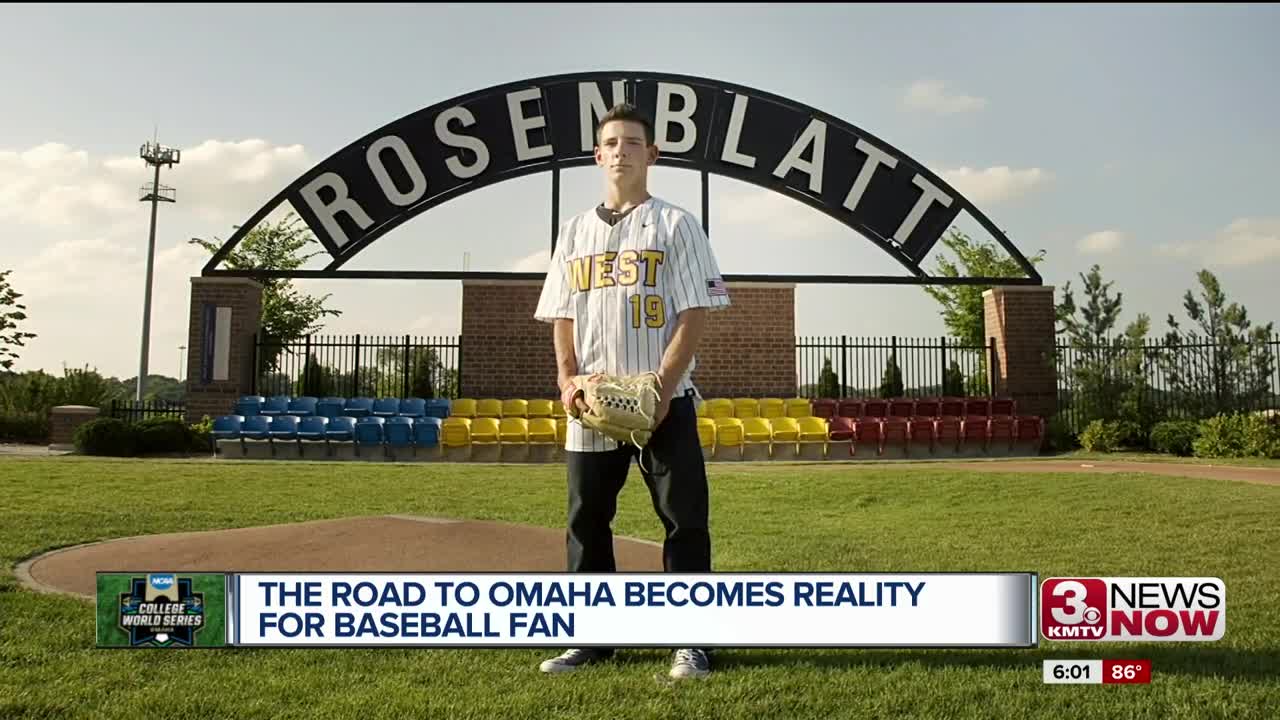 OMAHA, Neb. (KMTV) — The College World Series finishes off Wednesday evening as Vanderbilt faces Michigan in a winner-take-all scenario at TD Ameritrade Park. While these select few college athletes are living out their dreams of playing in Omaha, some in the crows are aspiring to one day live out these dreams on their own.

For Bellevue-native Kenny Allred, one of the things he dreamed about was playing at the old Rosenblatt Stadium, a place he never visited.

"One of the things I love about Rosenblatt is the tradition behind it," said Allred, a college junior. "It provides an event for Omaha each year that brought so many people in the city together."

As an 11-year old living in Fresno, California, Kenny would watch his hometown Fresno State Bulldogs. After their miracle run in the 2008 CWS, Kenny's mom got him a book, "The Road to Omaha" by Ryan McGee. The book has been dear to him since the first time he picked it up.

Since reading the book for the first time, Allred's been hooked on the legendary ballpark.

"The collegiate feel of sports sometimes gives off a better feel to people because they feel it's more of a community event and more people come out," Allred said. "The atmosphere is electric, especially when they were at Rosenblatt."

As fate would have it the Allred's moved the next year to Omaha. The only problem was Rosenblatt Stadium was coming down.

"When I first found out about it I'll admit I was a pretty distraught," Allred said. "When I moved to Omaha it was something I was pretty excited for, the book that I read for so many years, I finally get to experience that in person."

When Kenny entered high school there was only one place he wanted his senior photos taken.

"I sat down and I said mom I want to take them down by Rosenblatt," Allred said. "I said it's been the biggest inspiration for me, I'm going off to play college baseball, that's where I want to do it."

Kenny's baseball journey doesn't end as a fan. The Bellevue West grad played junior college baseball in Kansas and at Southeast Community college in Nebraska and is transferring to play Division 1 baseball at Alabama State.

"When they called it was like everything that I wished and dreamed for came true and I immediately thought of the book," Allred said.

Though it's a long shot from happening there is now a possibility the kid who dreamed of playing at Rosenblatt could now end up in the history books at TD Ameritrade Park.

"Some people want to play college baseball but I want to play in Omaha," Allred said. "I know there are other people who have that dream as well but because of the inspiration this book's had and the journey I've gone through with it and the things I've had gone in my life it would be a dream come true for me."

The author of the book Ryan McGee works for ESPN as a writer and was in town for the College World Series.

Earlier this week Allred reached out to McGee to let him know he's playing Division 1 baseball and they met up at TD Ameritrade Park.