The two sides of the medical marijuana debate 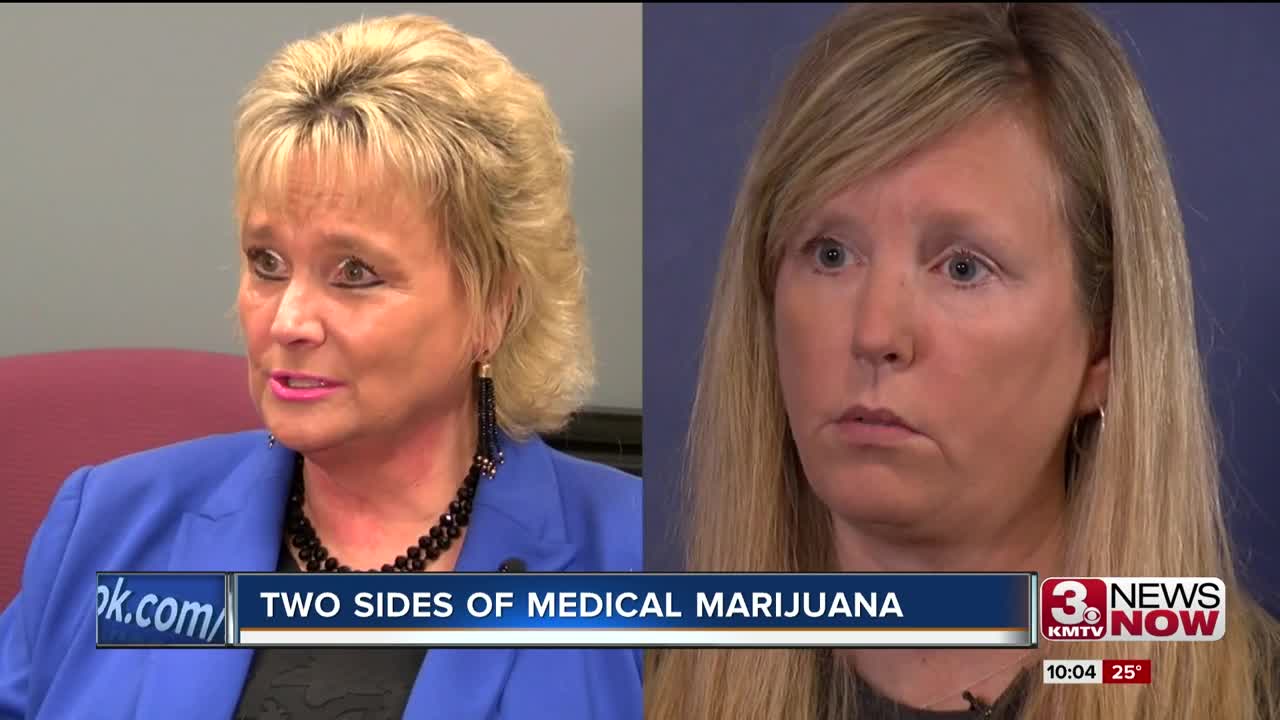 OMAHA, Neb. (KMTV) — When Linda Thorson heard that Nebraska could become the next state to legalize medical marijuana, she needed to tell her son's story.

"All you hear about is it takes away the pain. We're dealing with something life changing, it destroys life, he will never be the same,” says Thorson.

Greg was 15 when he first tried pot. About a year later, his mom says he was addicted to it.

But that didn't hit home until Greg's 21st birthday.

"There's just no other way to describe it except for the young man he was is gone," says Thorson.

Greg had a psychotic breakdown and was later diagnosed with schizophrenia. His psychologist said it was his daily pot use that spurred the condition

"All you could see was the terror and the fear, the anxiety, the separation from reality was so evident,” says Thorson.

Greg's now 35 years old, and improved. But he's forced to live with his parents and may never be able to hold a job.

Linda testified at the state legislature last month against the bill, saying while it may help a few people, the unintended consequences outweigh the positive outcomes.

"There's not a person on the planet that doesn't have a heart for anybody that is in pain. So wouldn't you want something if it's going to relieve them,. But I tell you, walk a day in my shoes, follow us around,” says Thorson.

That's one mother's story of how marijuana ruined her son's life. But out in Bellevue lives 16-year old Will Gillen, who suffers from a severe form of epilepsy. His mom says his life would be better with cannabis.

"We're not saying that it's a cure or that it's a silver bullet, but however we do think he deserves a chance to try it,” says Gillen.

Will was diagnosed with Lennox Gasteau syndrome when he was toddler. He has the brain function of a toddler and consistently has seizures multiple times a day, hurting himself so much he constantly wears a helmet for protection.

"Our main goal is to keep him out of the ER every day,” says Gillen.

Shelley and Dominic Gillen don't want to leave the state for a variety of reasons, so for the last five years they've been advocating lawmakers to legalize medical cannabis, so their son can take the oil and hopefully improve his quality of life.

"I'm not concerned about the high because my child has been high on FDA Approved drugs since he was an infant, he's a drug addict not by choice,” says Gillen.

Governor Pete Ricketts is against the medical weed bill, saying the Food and Drug Administration has not tested or approved it for consumption. Shelley doesn't buy that argument.

"The FDA approved drugs have really stripped away the quality of his life due to the side effects, and for us, we feel like the FDA has failed our child,” says Gillen.

She also doesn't think legalizing pot medically would make it any easier for kids to get their hands on the drug.

"I think it's already happening, whether it's legal here or not, teenagers are not waiting around for medical cannabis to be legalized to experiment with it,” says Gillen.

Two moms. Two very different opinions. Now it's on the judiciary committee and the legislature as a whole to decide the fate of medical marijuana in Nebraska.

If the legislature kills the medical weed bill this session, get ready for a petition drive, as a major effort to put medical marijuana on the 2020 ballot will likely kick into full gear.