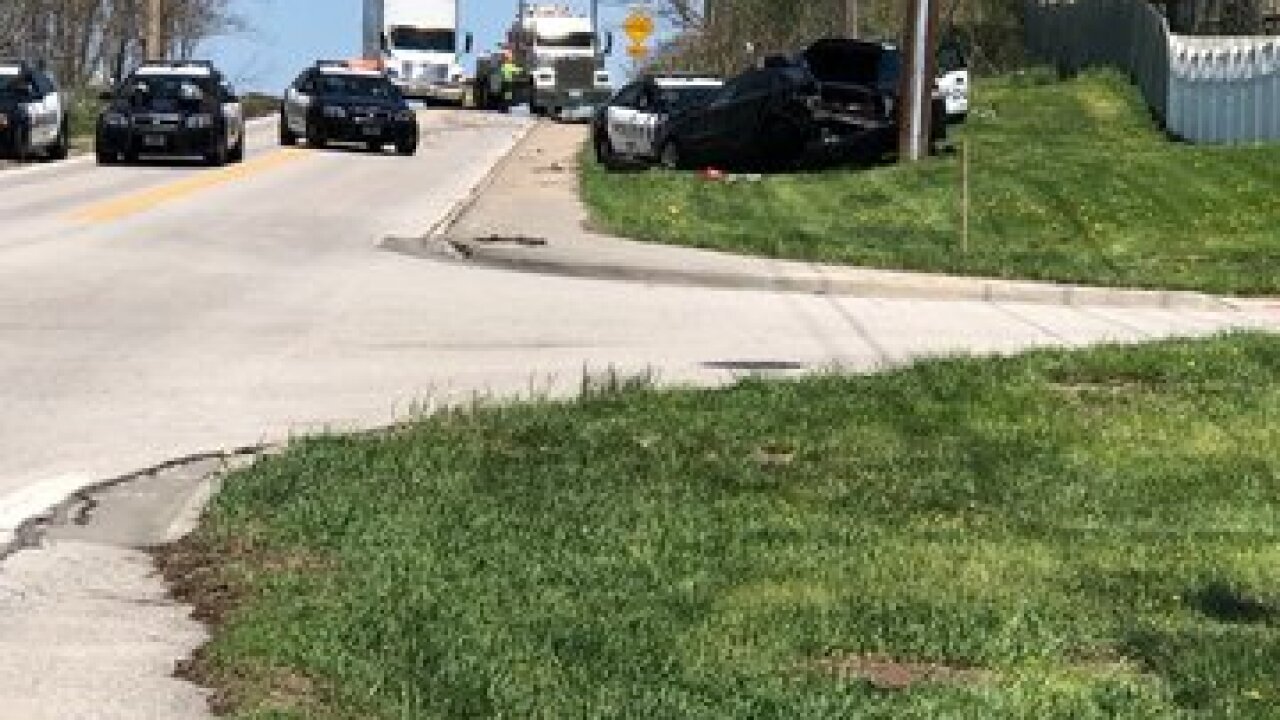 Omaha Police officers investigating reports of drug use near an apartment complex were led on a brief chase Friday that left two other vehicles damaged, according to police reports.

OPD officers arrested three people on charges of property damage and fleeing to avoid arrest Friday afternoon after officers approached the vehicle suspecting drug use, according to an officer at the scene.

According to police, officers approached three adults in a vehicle near an apartment complex on 108th and Ida streets because they suspected they were smoking marijuana. The driver then drove southbound on 108th Street, hitting a truck and an SUV along the way, police said. Neither of the passengers in those vehicles were injured.

The suspects were caught after an OPD cruiser came to a stop and rolled into the back of the suspect vehicle, police said.

According to police, two men from the suspect vehicle were transported to Bergan Mercy; a woman was also taken into custody.