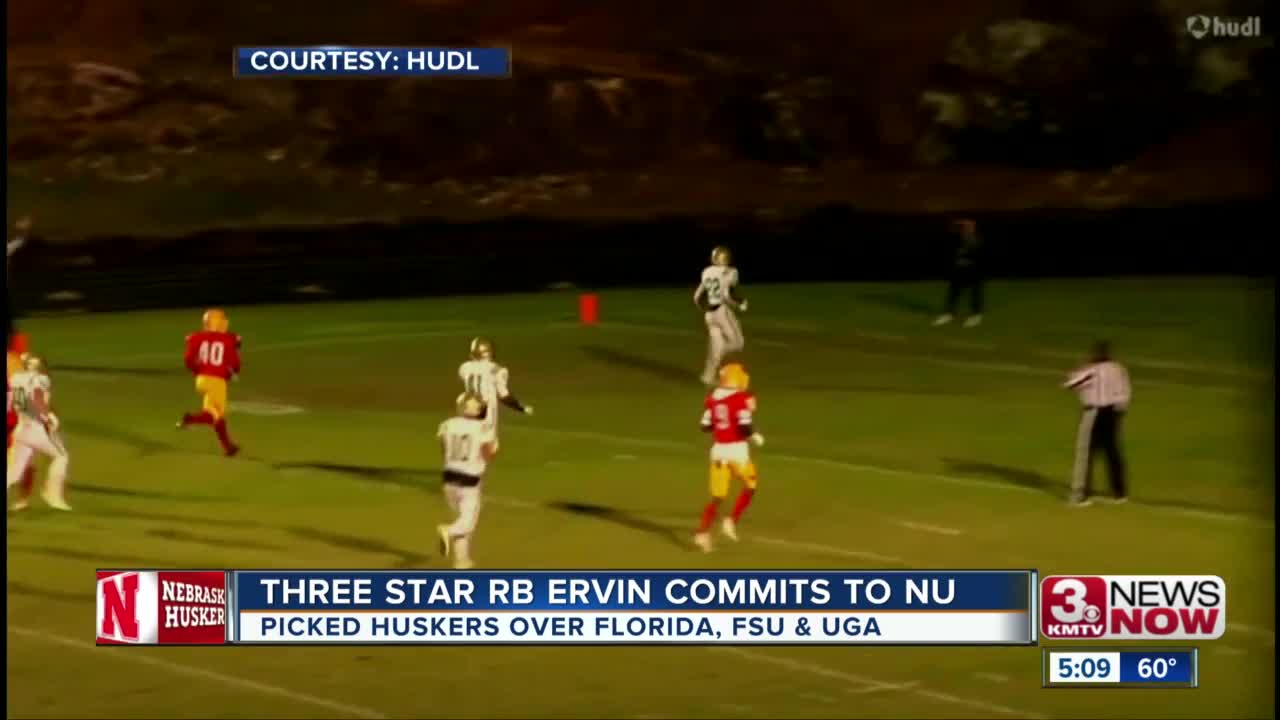 OMAHA, Neb. (KMTV) — The pandemic is changing the way college teams are gearing up for the future.

The University of Nebraska announced the commitment of Georgia running back Gabe Ervin on Tuesday.

He's the tenth player to commit to next year's class and the seventh since the team could no longer host recruits on campus.

Nebraska's first game is set for September 5 against Purdue.