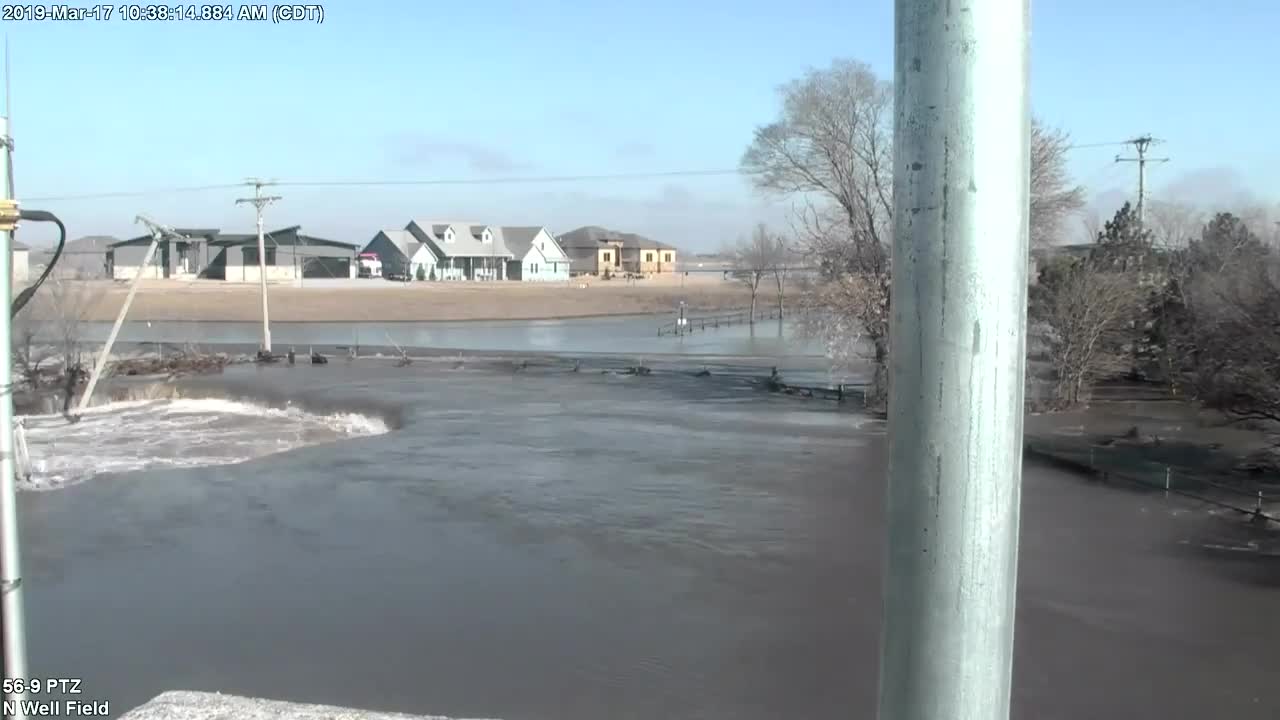 The footage was captured from a security camera located on one of the wells.

Electricity poles and lines began falling around 10:25 a.m. and electrical arcs resulting from live power lines in the water can be seen in the footage.

This breach added to the conditions that eventually lead to water restrictions in Lincoln.

Crews are continuing to work 24/7 to restore water production.