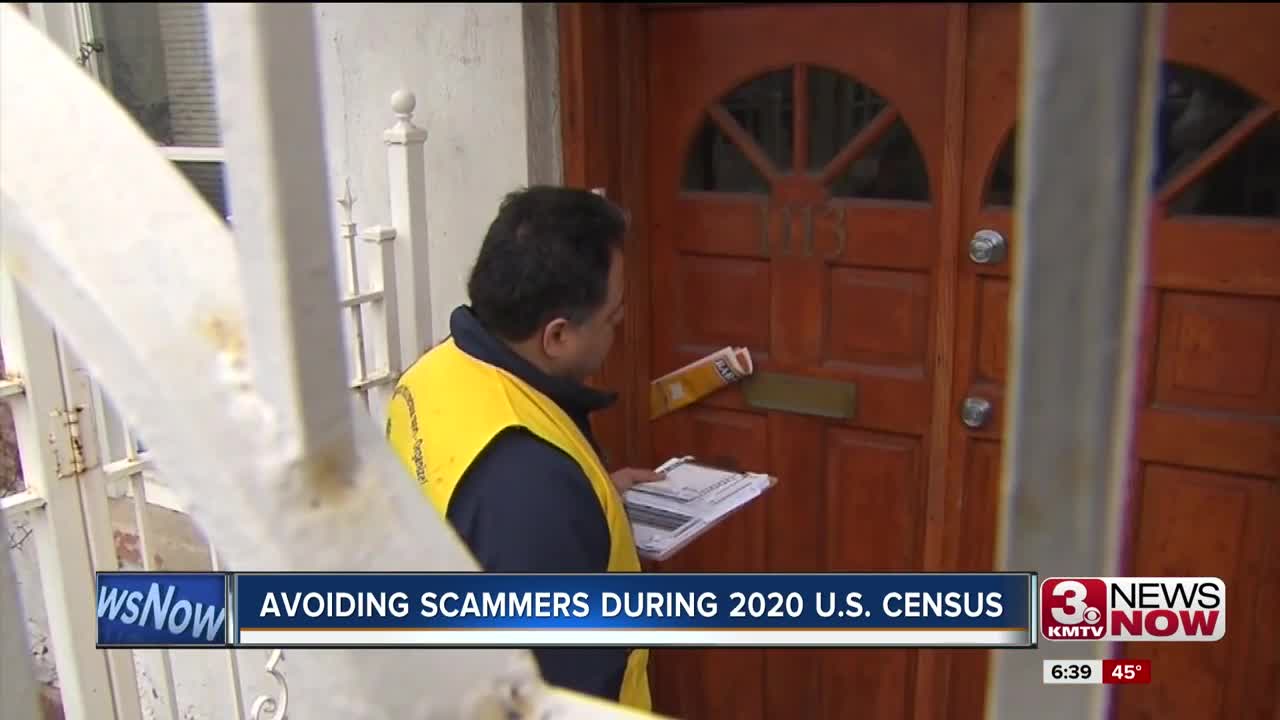 The U.S. Census Bureau released tips to help avoid scammers who are phishing for information to the census survey period. The bureau said census workers will never ask for your social security number, your bank account or credit card or for money. If someone asks for these, it might be a scam.

"Number one issue is phishing scams by email," said Micky Devitt, a research consultant with the Center for Public Affairs Research at the University of Nebraska-Omaha. "The census will never be asking you information through email or text. If you're receiving an email asking for personal information, that's not the U.S. Census. Financial information is not necessary to the census, it's not one of the questions being asked so that's a big red flag. "

Most people will fill out the census online. But if someone comes to your home and knocks on your door, make sure they have a valid ID badge, photograph and U.S. Department of Commerce watermark with an expiration date on it.

"All census workers will be carrying a census bureau bag with a census 2020 logo on it," Devitt said. "They will also have a Census Bureau laptop that they will be completing their questionnaires on."

Every ten years, the U.S. Census data is used to reapportion the U.S. House of Representatives. The state officials use the results to redraw congressional and legislative districts.

The census helps determine how more than $675-billion are spent in state, county and community programs.

"It's everything from disaster relief to health care to health benefits and funding so it touches everybody's lives in some way," Devitt said.

The UNO Center for Public Affairs Research will hold a Census Summit on December 13 on campus. The summit will help facilitate the local state census projects and assist in the group's strategic plans.