Tips to prevent flooding at home 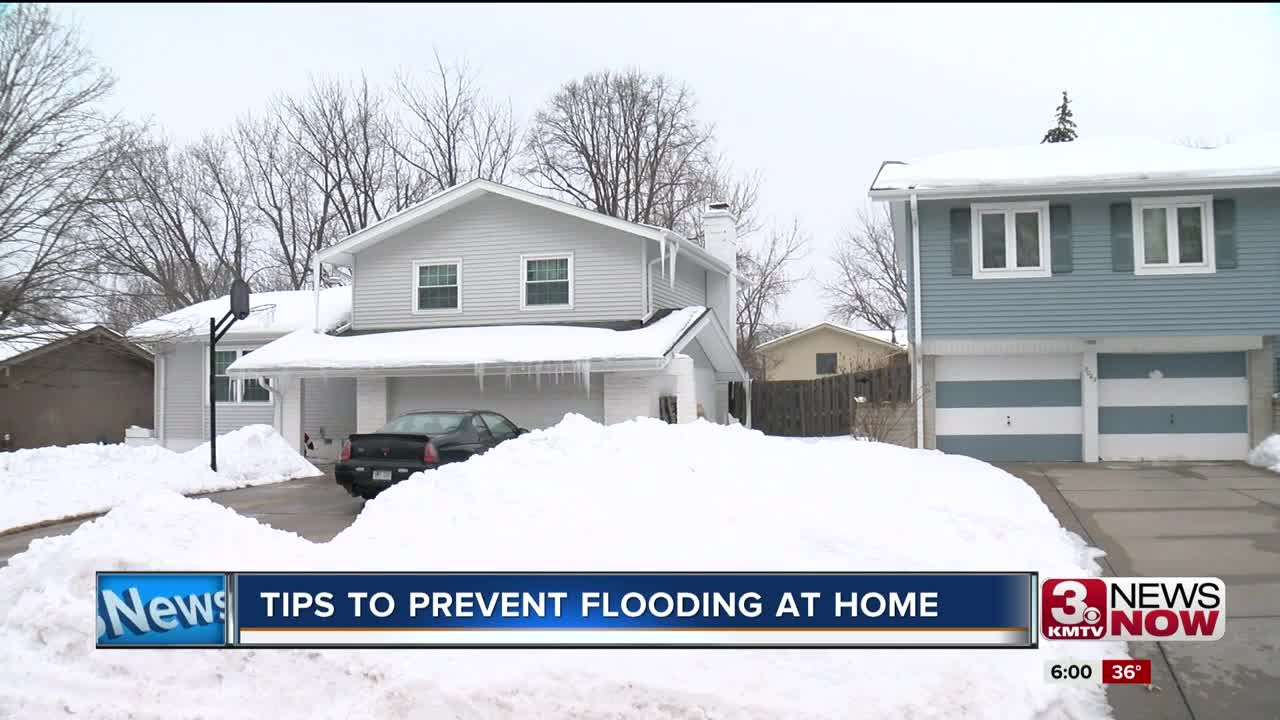 Tips to prevent flooding at home

OMAHA, Neb. (KMTV) —
With rain and warmer weather in the forecast there's going to be a large accumulation of water around Omaha which leads to flooding.

So what can you do as homeowners to prevent this problem?

"We know when the snow piles up and is close to our house that you definitely want to find a path if you're expecting rainfall and thunderstorms," said Cathy Zapotocny, a meteorologist for the National Weather Service's office in Valley, Nebraska.

"We don't think about it during the winter as much but we all know with the Nebraska weather we get that stray 30-40-50 degree day and you wouldn't believe how many phone calls we get just from snow melting," said CJ Fritz, general manager of Thrasher in Omaha. Thrasher is a basement waterproofing and foundation repair contractor. Fritz says floods can happen no matter the homes age.

"A lot of people think a water problem is for an older home and they don't think a new home can be affected," Fritz said.

So how does a house flood? During a storm water and snow accumulate one the ground. When the warm weather comes it melts the snow, which seeps in to the soil. Soil is porous and water looks for the fastest way to escape, usually through the cement walls of a basement. A drainage system will trap the water and send it out of the house, but if there's no drain, your basement becomes flooded.

So what can you do at your house to prevent flooding? Fritz recommends cleaning the snow off the siding.

"Underneath this siding is something called a sill plate and that's where the wood from the house is that they build off of so you want to make sure water isn't coming in over that because you can have water coming over your foundation wall," Fritz said.

Clearing off the downspouts is also beneficial. Zapotocny recommends making a path for the water to move away from your property.

"Try and go ahead and shovel out the snow and make sure your drainage spouts are cleared from ice," Zapotocny said.

The National Weather Service also recommends residents to clear off paths to mailboxes and to shovel out fire hydrants to keep access readily available during stormy conditions.