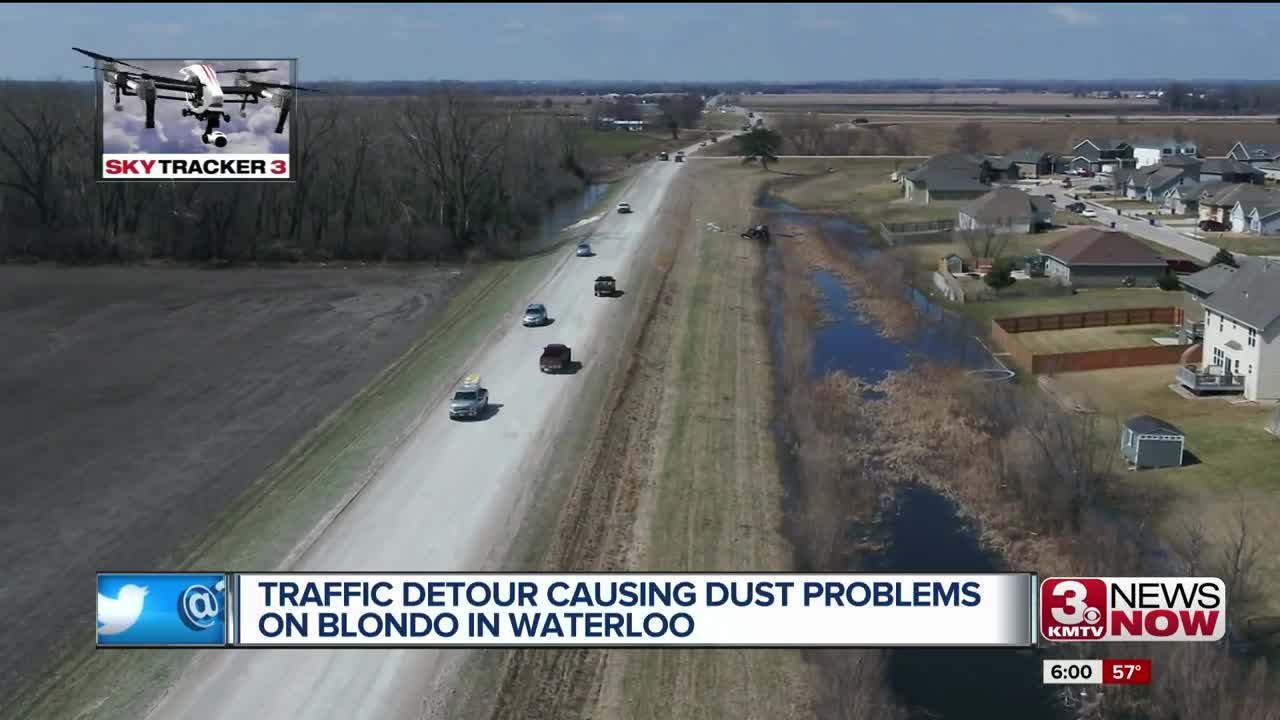 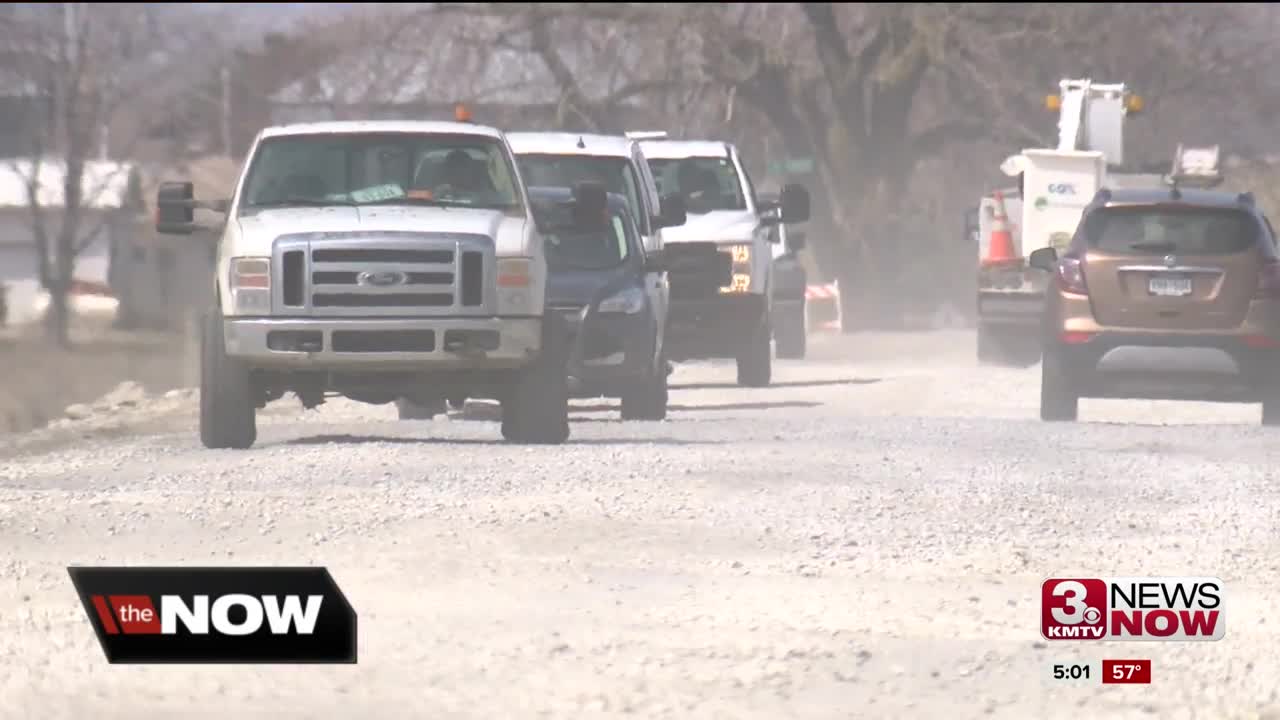 WATERLOO, Neb. (KMTV) — Dodge Street west of Omaha is still down outside Waterloo and at the earliest, officials say it will take six weeks to repair.

Cars are having to go a different route, which is causing problems in the small village. The residents in the River Run community next door say there are elderly neighbors and children with asthma in the area and the dust is creating poor air for them to breathe in.

They say the conditions from the dust have become unbearable during the morning and evening commute hours and they are forced to stay inside.

"Yesterday was just a cloud of dust across the whole town," said Jason Matthies, a resident in the River Run community. I tried going in back with my puppy and I couldn't be out there more than a couple of minutes, I couldn't breathe practically. All I could taste was dust."

Tim Donahue, the Waterloo police chief, says he feels the resident's pain, but unfortunately Blondo is the only route they can use as a major through-way.

Donahue says Waterloo is planning on wetting the road with water or calcium chloride to prevent the dusting. The village also plans to pave Blondo this year