Trail claims he cut up Sydney Loofe to honor his religion 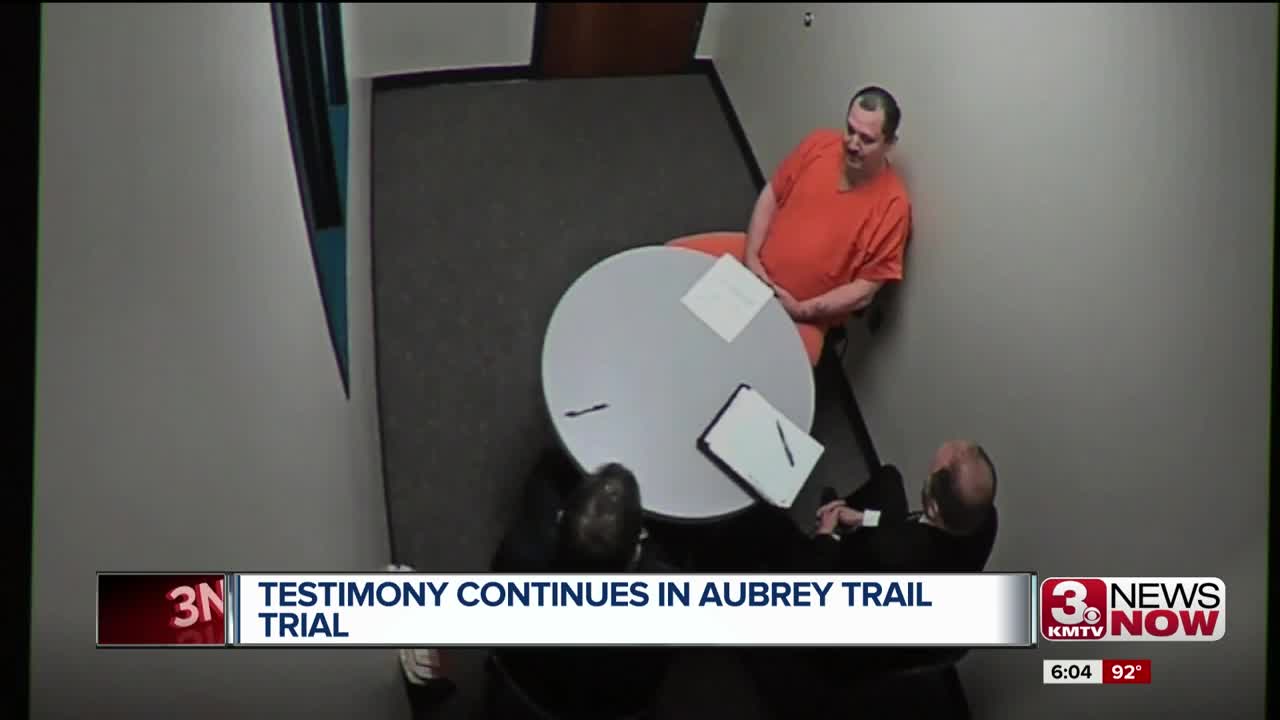 “The reason I’m sitting here telling you anything was, anything at all, the reason I'm going to tell you a lot more is for one reason... the last thing that Sydney Loofe ever said was, ‘Will I be ok?’ and I said yes...but here she is not ok.”

Aubrey Trail tells his side of how Sydney Loofe died and why she was dismembered in November of 2017. From his first arrest to being charged with murder, Trail talked to investigators 12 times. Prosecutors show video surveillance of Trail eyeing the 24-year-old Loofe at her work in Lincoln before she was allegedly murdered later that night.

During the hours of interviews played for the jury, Trail started off by saying what happened at the Wilber apartment was an accident. Trail claims he paid Loofe $5,000 to fulfill a sex fantasy with two other women.

“There was strangulation involved...it wasn’t supposed to go as far as it did but it did.”

FBI investigators Mike Maseth and Eli McBride pressed Trail in June 2018 for details and to explain why they purchased saws, trash bags and cleaning supplies the night Loofe disappeared.

Trail said he used them for his antiques but an antique expert testified Thursday that they don’t use saws on antiques unless they’re being re-purposed. He initially claimed he cut her up to conceal the crime.

“There was no way I could get her out into a vehicle without everyone seeing.”

He later says it was a ritual in line with his religious beliefs.

Trail says they had to cut her up and drain her blood to release her soul to the gods in a sacred spot.

“I said if she had died intentionally on the 15th, I said she was laid out in 6 parts that helps her reincarnate faster.”