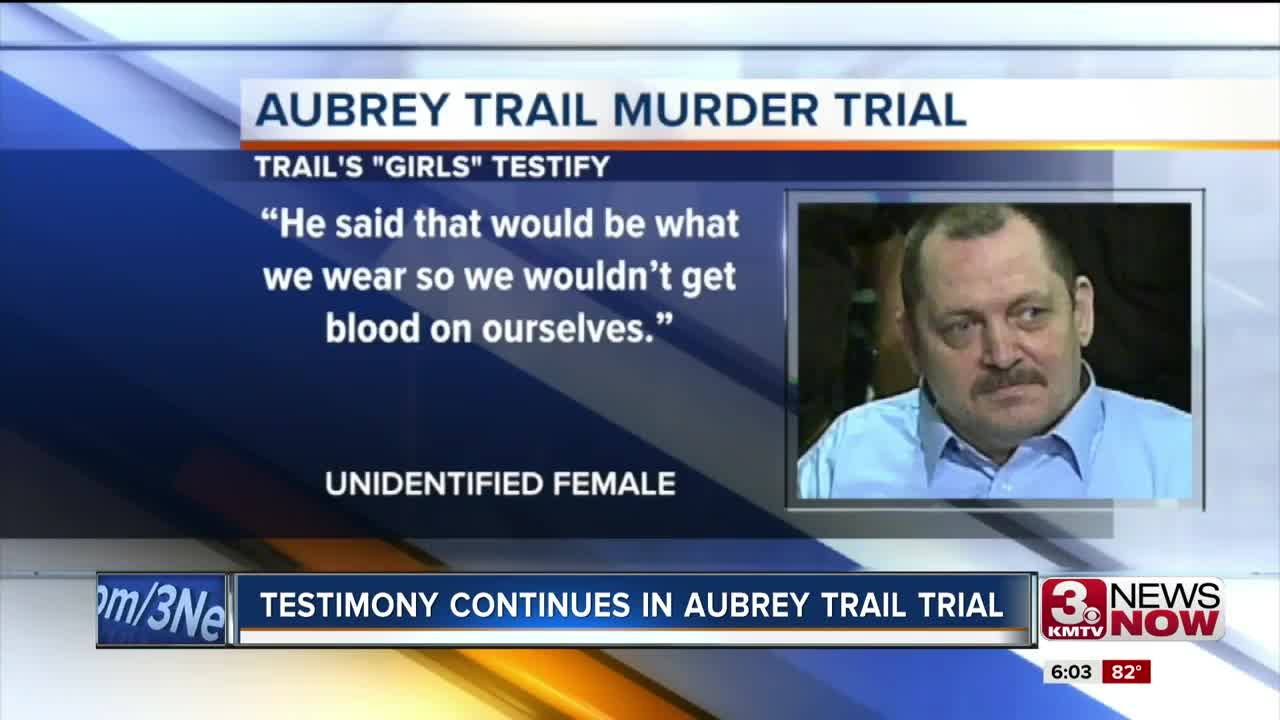 WILBER, Neb. (KMTV) — A house of manipulation, sexual fantasies, drugs, and abuse…prosecutors paint a grisly picture of what went on at Aubrey Trail and Bailey Boswell’s apartment in Wilber. Today, people that knew Trail and Boswell testified that they were escalating towards murder.

In a June 2018 jail interview, Aubrey Trail told authorities 50% of what he said was garbage. Today, three of his so-called girls testify as to if that was even true.

Prosecutors call three females in their early 20’s to testify.

The judge ordered we not name or identify the women for their safety.

All three spoke of meeting Boswell on Tinder...and learning she was in an open relationship with Trail.

All talked about having sexual encounters with both of them, being controlled, and told that they are part or could be part of the 12-13 girls in Trail’s witchcraft covenant.

Trail claimed he was a vampire with special powers.

The first said Trail and Boswell told them she’d have to kill to fully become a witch...they allegedly showed the girl a killing bag...including tools and a sauna suit.

“He said that would be what we wear so we wouldn’t get blood on ourselves.”

The girls also talked about being part of their antique business...and each got a weekly allowance.

One said they made money by stealing antiques and selling them online.

The second female testified to not believing in the witchcraft...and Trail’s so-called powers but the threats became more real.

“They were talking more and more about potential murder so I did believe this part of the story was true, that they were capable of it.”

All said they were punished physically for not listening to Trail and Boswell.

The final woman said Trail and Boswell talked about murder and torture often.

Trail claimed two women paid him $15,000 to find a girl willing to participate in rough sex and choking. None of the girls testified to being at the apartment when Loofe was allegedly murdered.

One of the females also testified that Trail and Boswell wanted her to kill someone in Kearney, Nebraska while they were on the run after Loofe’s disappearance.