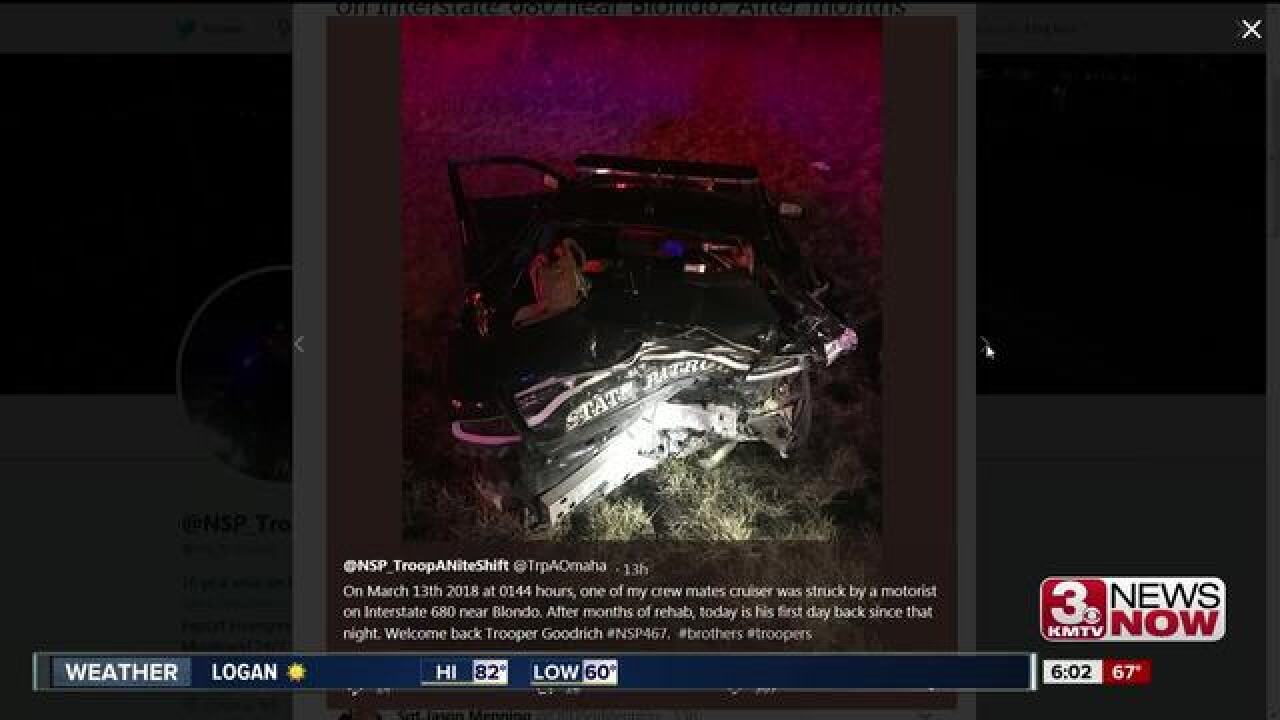 A Nebraska State Trooper is back on duty months after his cruiser was struck by an SUV on Interstate 80 near I-680 and Blondo.

The State Patrol tweeted he had his first day back on Tuesday after months of rehab.

On March 13th 2018 at 0144 hours, one of my crew mates cruiser was struck by a motorist on Interstate 680 near Blondo. After months of rehab, today is his first day back since that night. Welcome back Trooper Goodrich #NSP467. #brothers #troopers pic.twitter.com/GwhnWN73YO

On March 13, Trooper Goodrich was on the shoulder doing a report when 21-year-old Avry Johnson's Kia struck the back of the cruiser. Johnson died at the hospital.