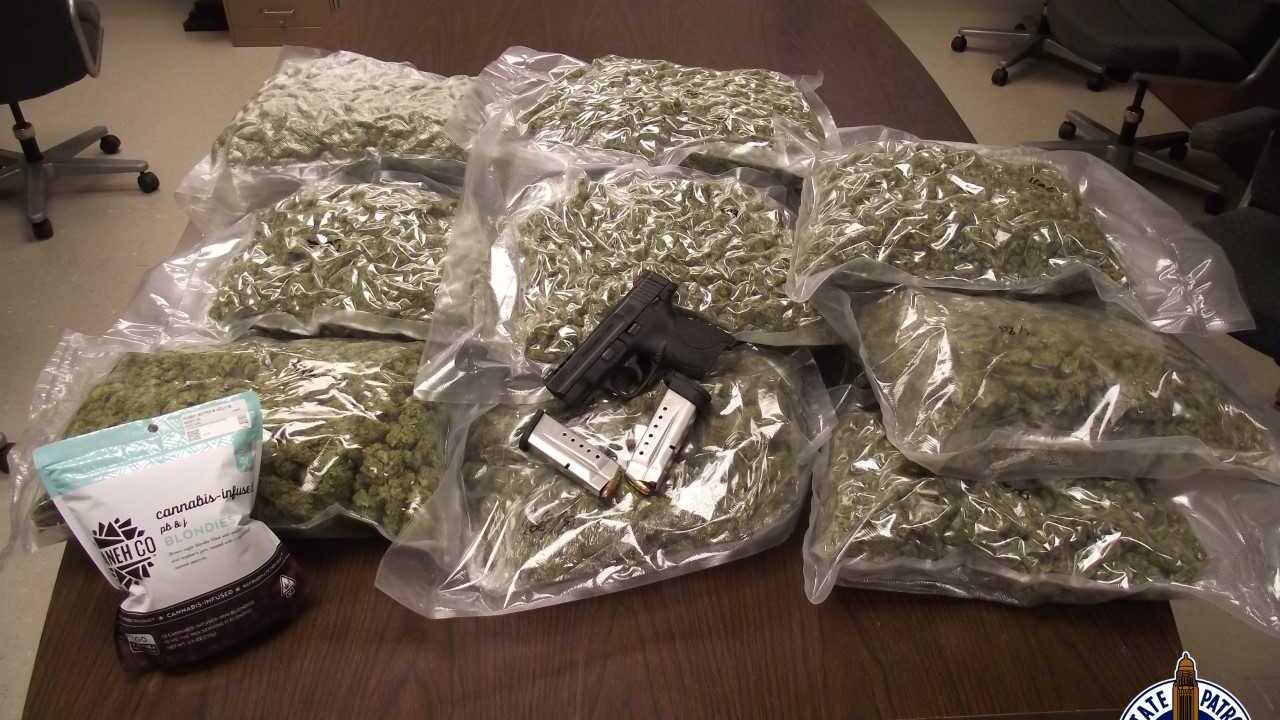 Around 8:30 p.m. Wednesday, a trooper saw a eastbound Chevrolet Tahoe following another vehicle too closely along I-80 near mile marker 297.

A NSP K9 detected a controlled substance in the vehicle during the traffic stop.

Khamla Bongxay, 31, of Milwaukee, WI was arrested for possession of marijuana – more than one pound, possession with intent to deliver, and no drug tax stamp.

Thursday morning around 10:45 a.m. MT, a trooper noticed an eastbound Infinity Q50 speeding at mile marker 2 on I-76.

The trooper detected criminal activity, according to a release from NSP, and conducted a search of the vehicle.

Twenty pounds of marijuana, THC edibles and a handgun were found.

The driver, 26-year-old Jimmy Fabian, was arrested for possession of marijuana – more than one pound, possession with intent to deliver, possession of a firearm during a felony drug offense, and no drug tax stamp.