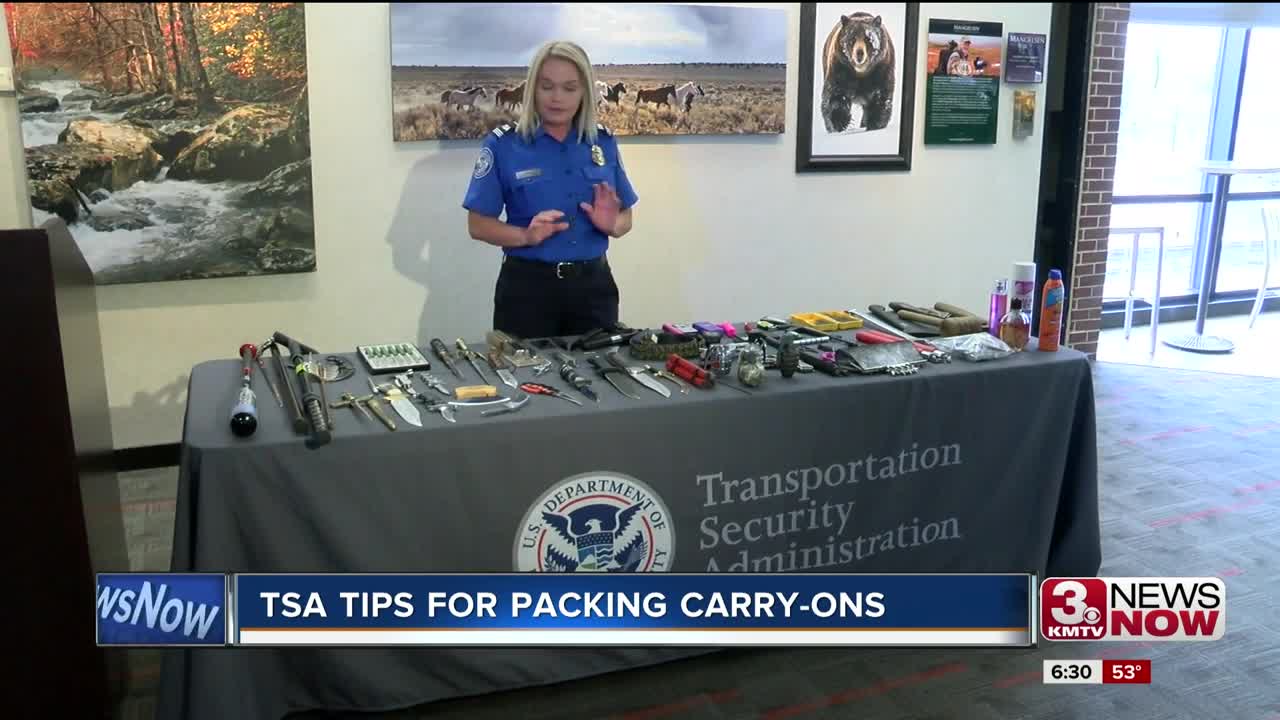 OMAHA, Neb. (KMTV) — Millions are screened by the Transportation Security Administration at Eppley Airfield every year. Some of the things they confiscate may surprise you. The TSA reports it's already intercepted four firearms at the airport this year.

Nunchucks, ninja stars and a purse with brass knuckles for a handle... These are just some of the items TSA has confiscated from passengers screened at Eppley. It's a surprise to some passengers passing through the airport.

"I never thought people would try to bring things like this," one traveler said.

TSA officers say items -- like stun guns and a cane concealing a blade -- were brought by passengers who weren't aware of carry-on restrictions.

"If it looks real, leave it at home," she said. "It wouldn't make it through security."

More than 2.5 million were screened at Eppley last year. With events like the Berkshire Hathaway Annual Shareholders Meeting coming up this weekend, there could be some items that passengers are not supposed to bring on board.

Sharp objects and self-defense items cannot be brought on board. Passengers often forfeit pocket knives and liquids, gels, or aerosols over 3.4 ounces.

Last year, TSA officers confiscated more than 1,200 lbs. of prohibited items at Omaha's airport. Eighteen guns were discovered at the security checkpoint in 2018, and four have been found so far in 2019.

In 2018, a record 4,239 firearms were discovered at American airport security checkpoints, a seven percent increase over 2017.

Guns are not permitted at airport security checkpoints, but can travel in a locked, hard-sided case as checked baggage. The firearm also must be unloaded and declared to the airline at the ticket counter.

You can always review what can and can't be brought on board at TSA.gov. Officers will give you other options if you end up bringing prohibited items to the security checkpoint. This includes placing it in a checked bag, mailing the item, or taking it back to your car.