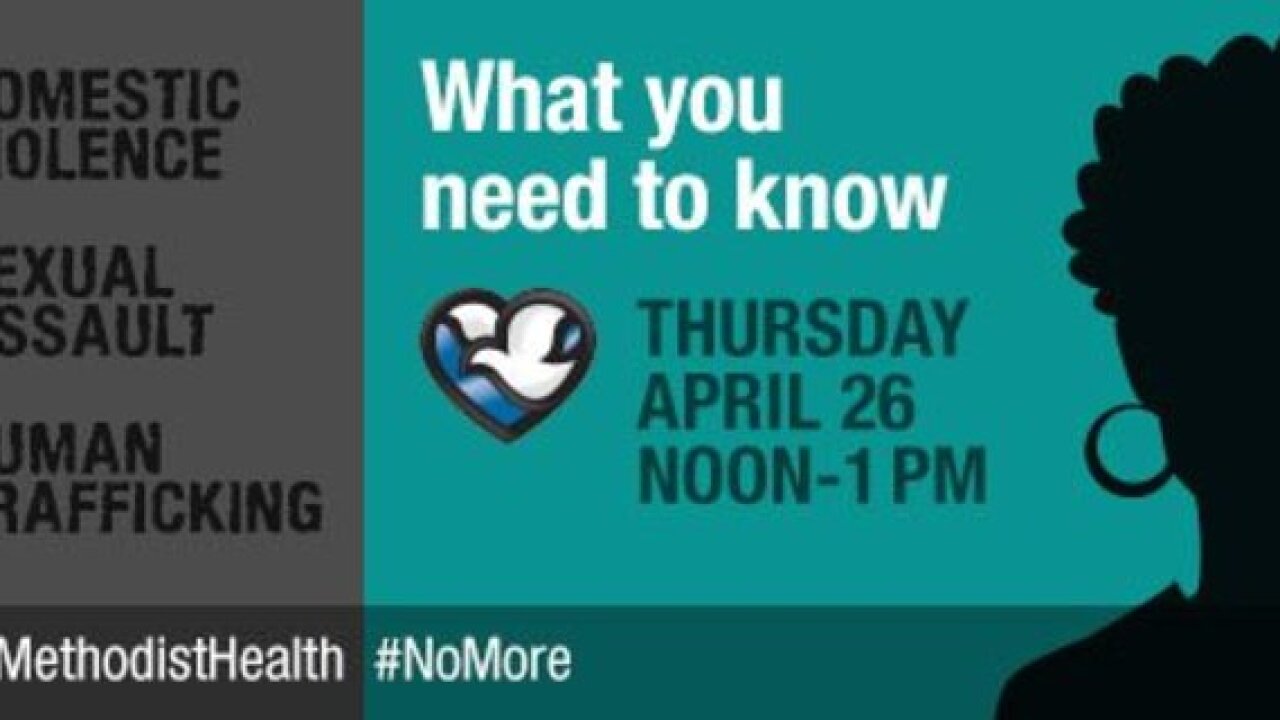 First launched in 2012, the Twitter Chat is held in April in conjunction with Sexual Assault Awareness Month. The hour-long chat provided information on resources available to victims of sexual assault, domestic violence and human trafficking, and worked to educate the public on spotting the signs of abuse.

Earlier this month, Methodist Health became the first sexual assault nurse examiner, or SANE, program in the city to obtain CortexFlo cameras, which are more maneuverable, can be controlled with voice commands, and can annotate during an exam.

"The new technology allows the 25 SANE nurses to provide an even more thorough exam and enhances the evidence collection process," according to a press release from Methodist Health.

SANE medical providers have expertise in the care, treatment, and evidence collection specific to these sexual assaults. SANE nurses are also part of Methodist's sexual assault response team, or SART, which also includes a physician, victim advocate, and law enforcement.