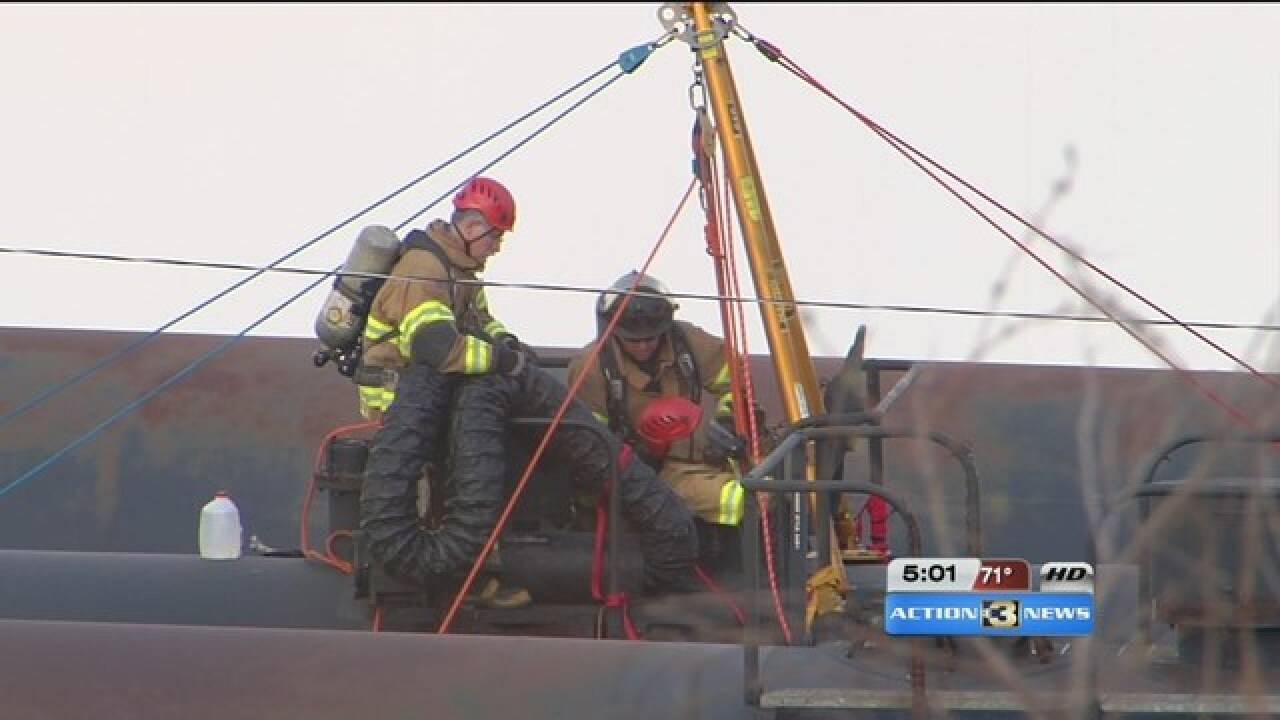 Two Nebraska Railcar Cleaning Services executives were charged in federal court Thursday for their roles in the death of two workers in a railcar fire in April of 2015.

According to a release from the Department of Justice, president and owner Stephen Braithwaite and vice president and co-owner Adam Braithwaite were charged in a 22-count indictment with conspiracy, violating worker safety standards resulting in worker deaths, violating the Resource Conservation and Recovery Act (RCRA) which governs hazardous waste management, and submitting false documents to a federal agency. Adam was also charged with perjury.

The federal indictment states the pair failed to implement safety standards, mishandled hazardous waste and then attempted to cover up their infractions. It also says during inspections by the EPA and the Nebraska Department of Environmental Quality in 2013 and 2014, NRCS was told it was required to test waste to ensure hazardous waste was properly disposed of.

The indictment says this was not done at the time of the fire in April of 2015, when two of the company's three cars were determined to have hazardous waste two days after the explosion.