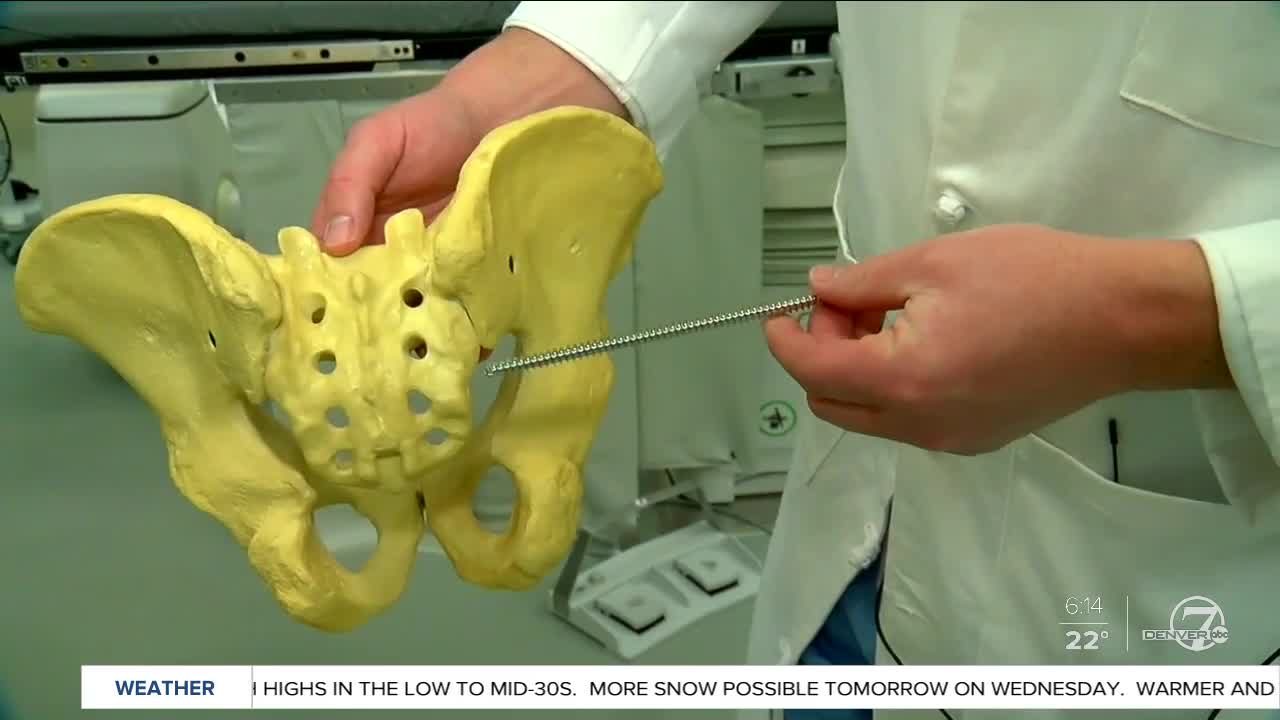 Orthopedic Oncologist Dr. Daniel Lerman and Interventional Radiologist Tony Brown, both of Denver's Presbyterian St. Luke's Hospital, have come up with a novel procedure to address an issue where there was previously no answer. 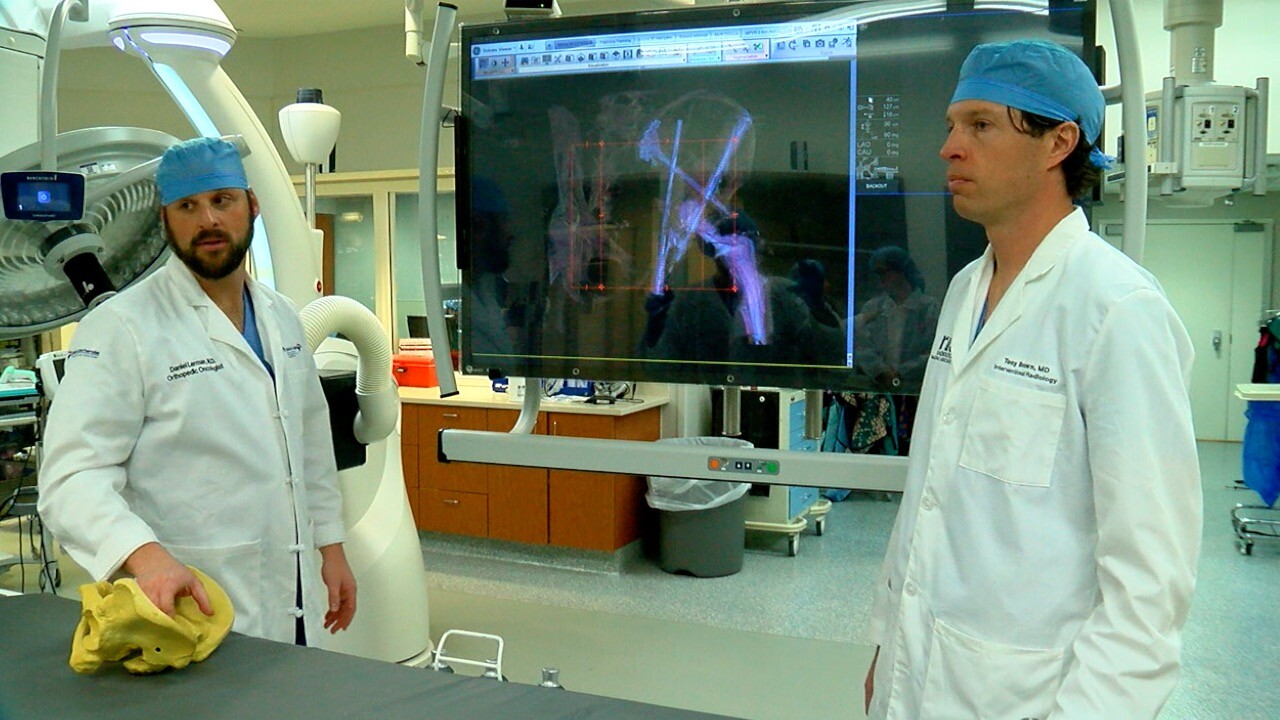 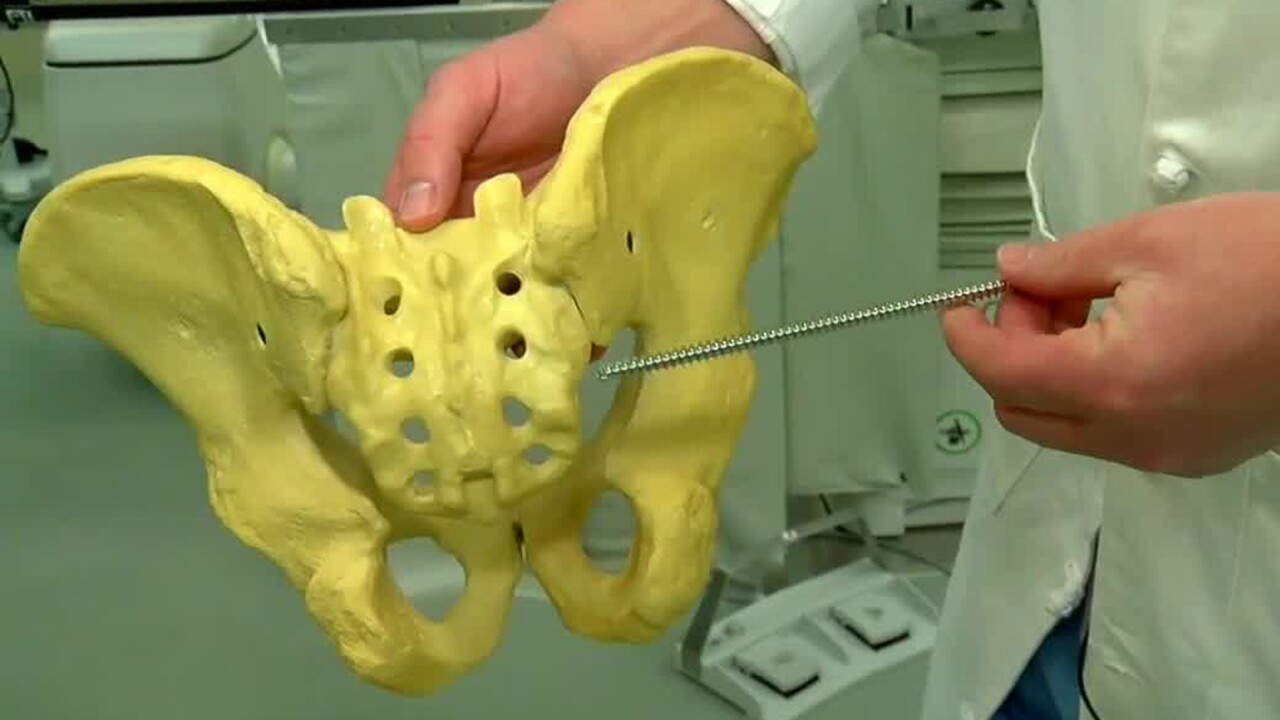 Orthopedic Oncologist Dr. Daniel Lerman and Interventional Radiologist Tony Brown have come up with a novel procedure to address an issue where there was previously no answer.

"There has been no good surgical option for a cancer that has spread to the pelvic bone," Lerman said. "The bony pelvis is the keystone of our body."

The bone is one of the most common sites for cancer to spread in the human body. Radiation alone eats away at a patient's bones like termites do to wood. That means endless pain and suffering for those in the middle of a cancer fight and for those in remission.

Thanks to new technology like 3-D reconstruction and augmented reality, Lerman and Brown are now conducting a procedure that is minimally invasive. By using large screws, the doctors help stabilize a deteriorating or broken pelvis.

"The pelvis is a ring," Lerman said. "I think of it like a hard pretzel and you can’t break it in just one spot. We’re able to stabilize the pelvis with the screws."

Christine Hoyt is one of just 15 patients who has had the procedure so far.

"I had an incredibly deteriorating hip," she said. "It was because of the radiation I was receiving from my cancer diagnosis."

Hoyt was bedridden because the pain was so bad. Her physical therapist finally decided to send her to Lerman. Hoyt said she was on the surgery table within a couple of weeks.

"I'm glued, screwed and tattooed," she said with a smile. "I can walk again, for goodness sake. I can walk."

According to the American Cancer Society, 18 million Americans are either living with, or have survived, cancer. Many of them deal with excruciating pelvic pain.

"With this procedure we can get people walking again," Brown said. "They can go on hikes again. We are improving people's lives and that's what this is all about."

The doctors have been presenting their procedure at conferences all over the United States.