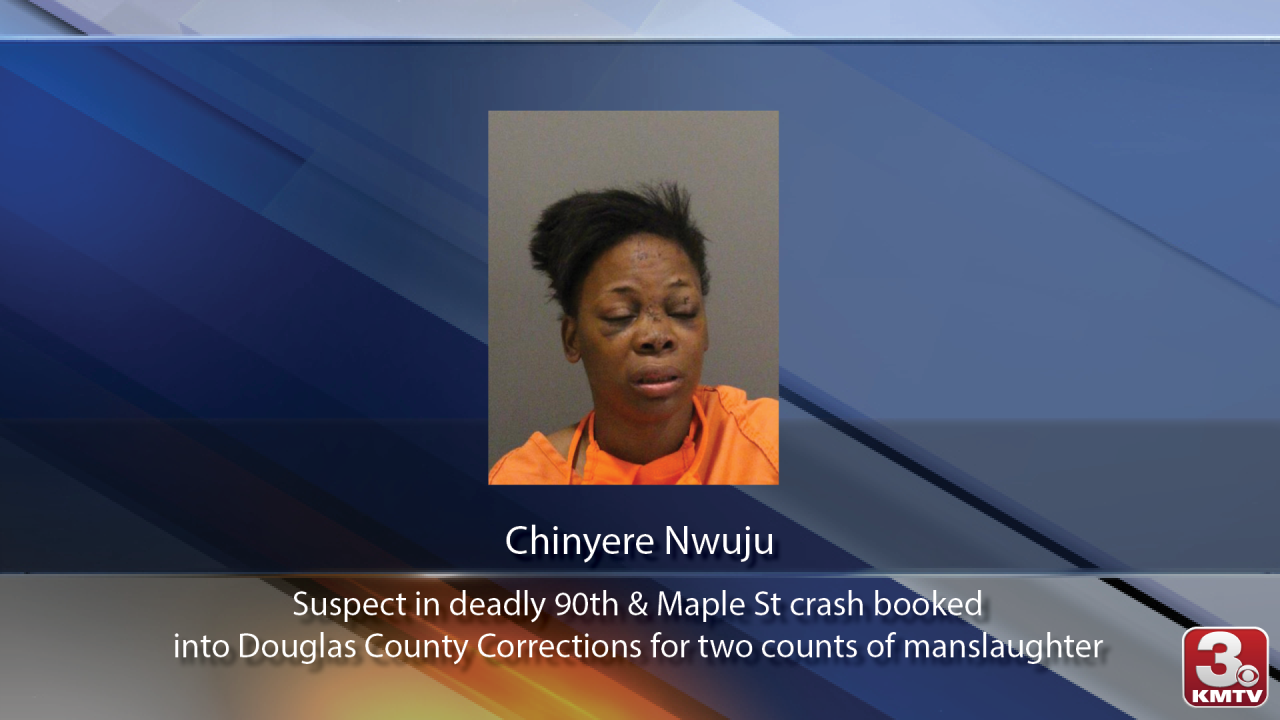 According to Omaha Police, suspect Chinyere Nwuju, 38, has been released from the hospital and booked into Douglas County Corrections for two counts of manslaughter.

Police say next of kin notifications have been made and provided the names of two people who died in the crash.

They have been identified as:

Two people have died in a crash that occurred Wednesday night.

Around 9pm, officers were dispatched to the intersection of N 90th Street and Maple Street for a personal injury crash involving three vehicles.

The Dodge Nitro continued south where it struck a 2017 Jeep Renegade which was stopped in traffic and waiting to turn west onto Maple Street from northbound N 90th Street.

The driver of the Dodge Nitro was identified as Chinyere Nwuju, 38, of Omaha. She suffered serious injuries to her face. Charges are pending according to police.

The driver of the Jeep was identified as Kimberly Edwards, 39, of Omaha. She was not injured according to police.

The names of both the driver and passenger of the Dodge Ram are being held until next of kin is notified.