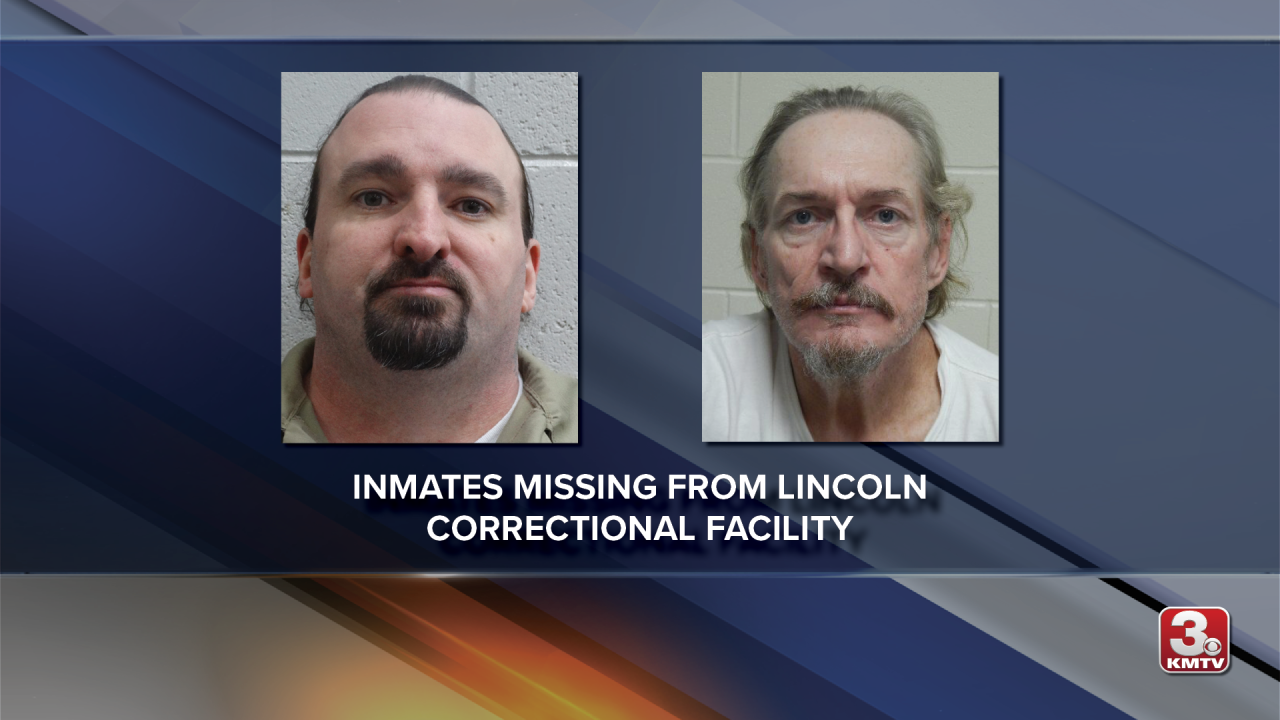 LINCOLN, Neb. (KMTV) — Nebraska's Department of Correctional Services is looking for two inmates who walked away from its Community Corrections Center-Lincoln (CCC-L) this morning.

The inmates removed their electronic monitoring systems and left them near Highway 77 and West Van Dorn Street in Lincoln.

Taylor was serving a sentence of 24 years and nine months to 54 years which began on Oct. 30, 1997. He was sentenced for crimes including escape, possession of a controlled substance, assault by a confined person, theft and possession of methamphetamine. His tentative release date is May 14, 2025.

Anyone with information about their whereabouts is asked to contact law enforcement.

CCC-L is one of two community custody facilities operated by NDCS. Community custody is the lowest custody level and the least restrictive facility. Inmates are permitted to participate in work opportunities, attend school and religious services with prior approval and without direct supervision.