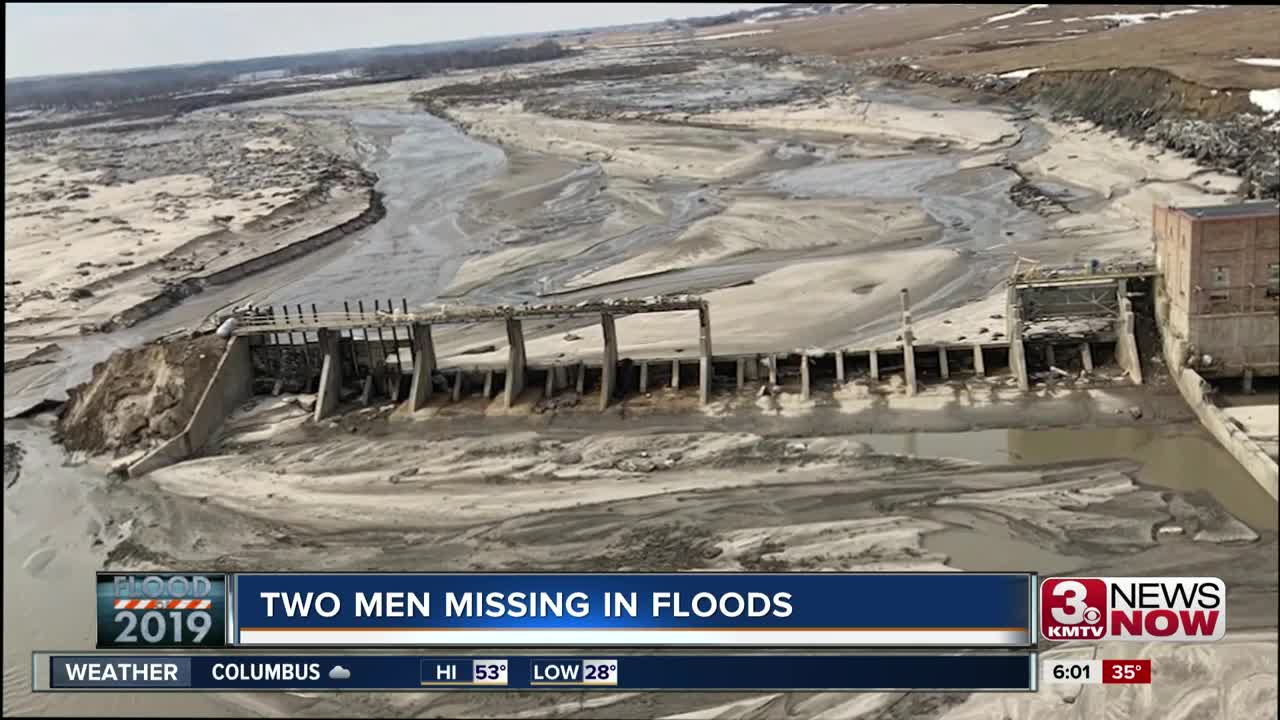 OMAHA, Neb. (KMTV) — The floods are already blamed for three deaths, and Nebraska Emergency Management leaders have released the names of the two men still missing.

They say Kenny Angel went missing after the Spencer Dam collapsed last Thursday. He was inside his Holt County house at the time.

Scott Goodman from Norfolk is also missing after witnesses say he was carried away by the water while standing on his car.