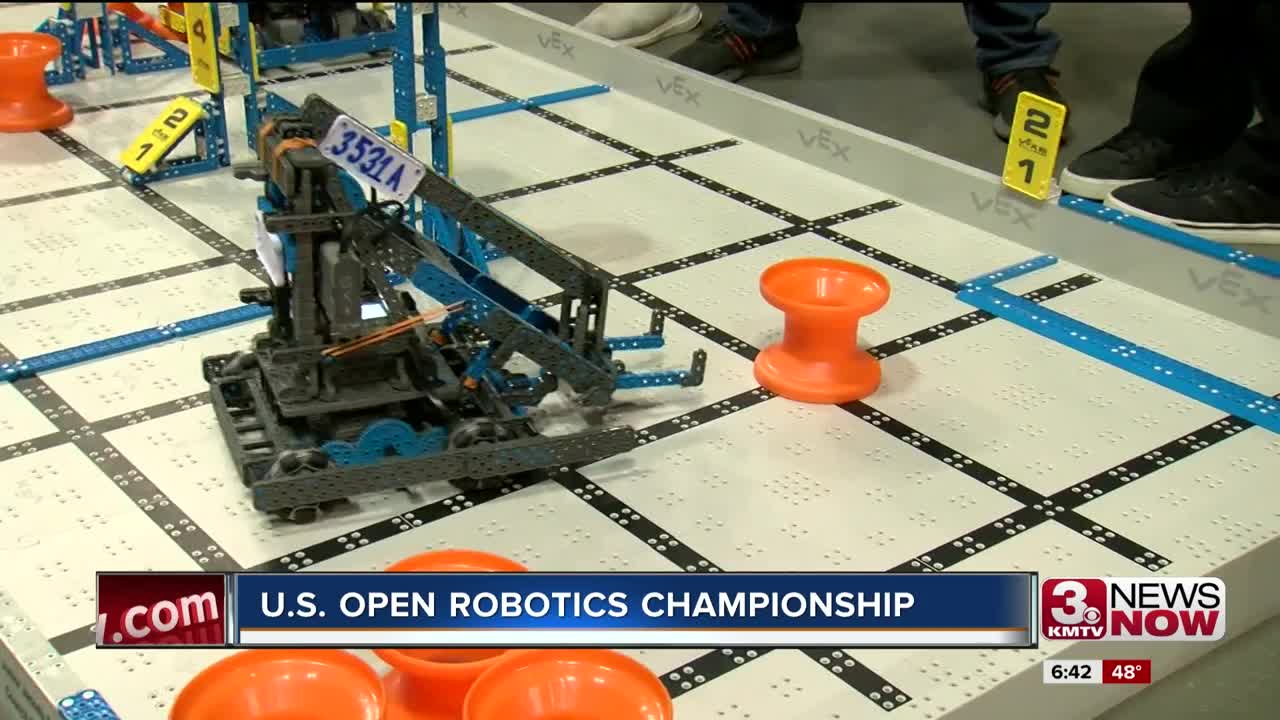 In its 11th year, the U.S. Open has 730 teams ranging from elementary to high school coming from 43 states and places as far away as India and China.

The competition has teams collaborate with each other as robots perform a task together for points. The purpose of the competition is to get more students interested in the STEM fields and bring kids from all backgrounds together to learn about science and technology.

"Some of the early interesting stories is we've had kids with autism, we've had kids who were really disenfranchised with school and then they found this and we've had parents come back and say this really saved our child in school because now they're engaged," said Jim Schulte, president of the CREATE Foundation, the group in charge of organizing the competition.

In the sport girls compete alongside the guys. The students build and code the robots by themselves and program their bot for competition.