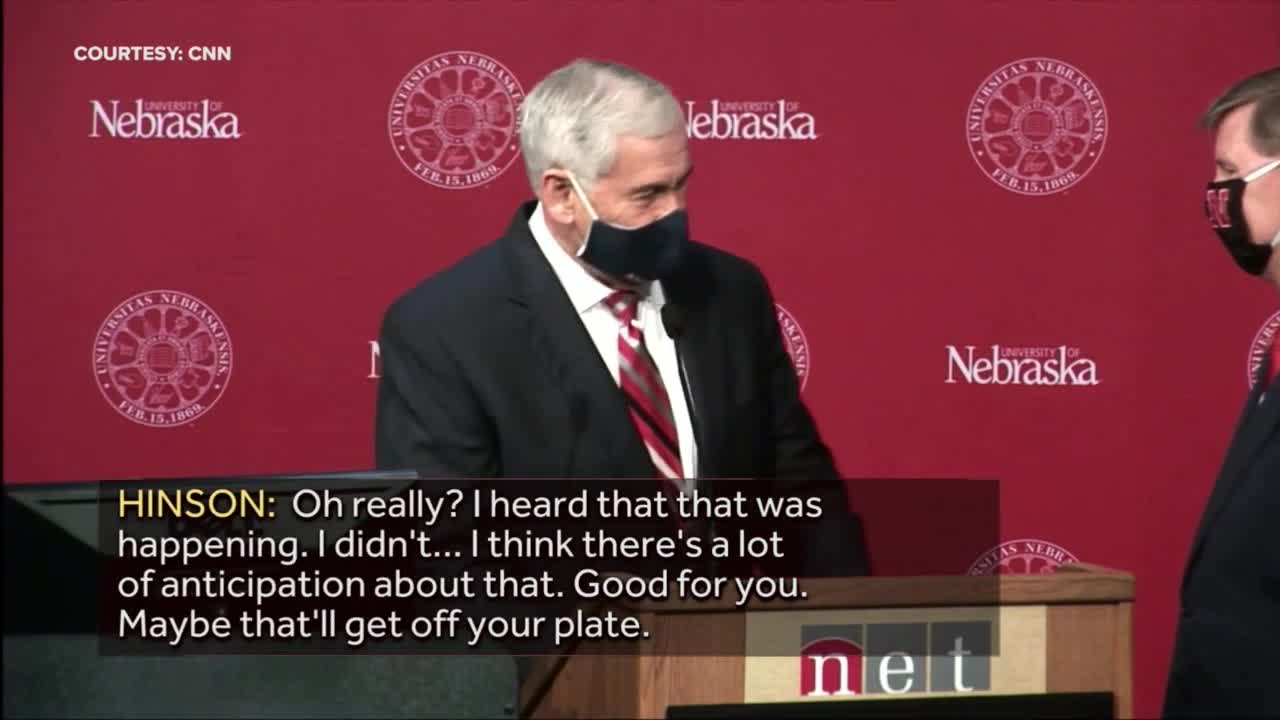 What he said before a press conference when his microphone was hot.

LINCOLN, Neb. (KMTV) — On Tuesday morning, University of Nebraska President Ted Carter may have let the cat out of the bag regarding the future of Husker football.

Just before a press conference kicked off, Carter was speaking to the Director of the National Strategic Research Institute Bob Hinson when he said, "We're getting ready to announce the Huskers and Big Ten football tonight."

Carter later told a reporter from KLKN-TV that his comments were taken out of context.

When asked about the slip, the University of Nebraska provided the following statement, “When there is any news to share or confirm regarding any Big Ten board decision, it will be announced by the Big Ten. Chancellor Green and AD Moos will comment at that time.”

This is a developing story. We will provide more information as it becomes available.