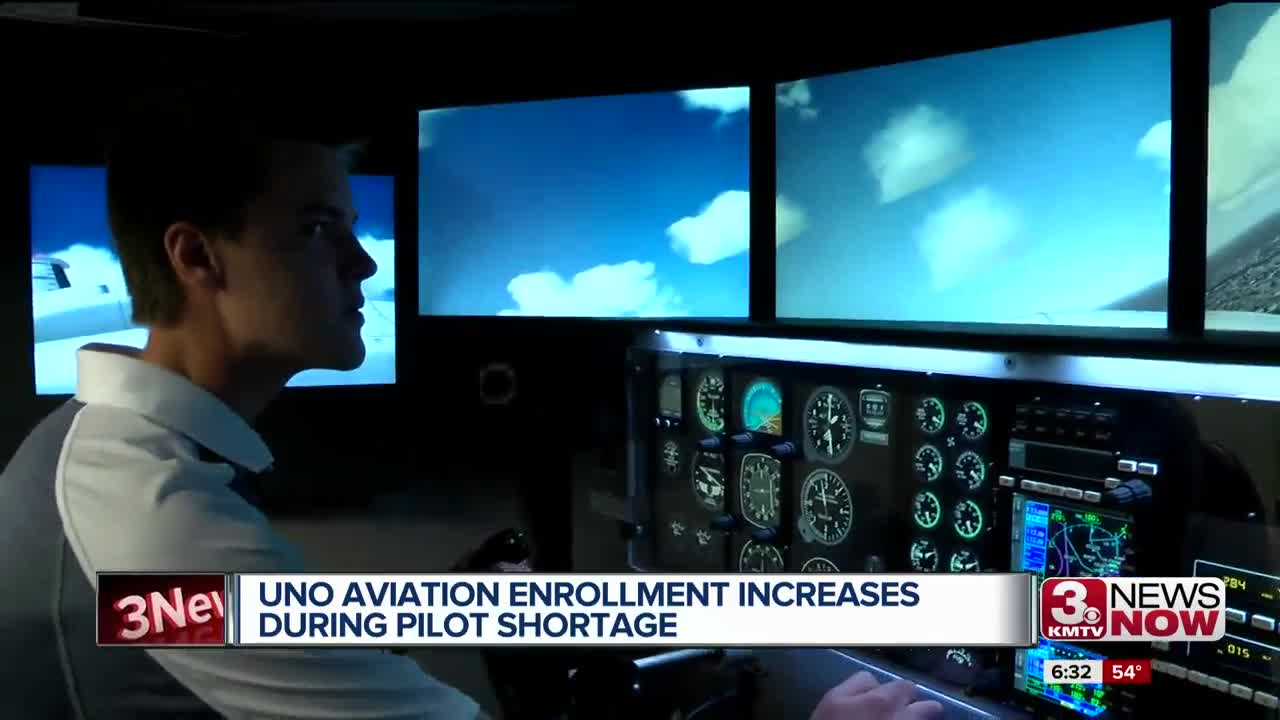 OMAHA, Neb. (KMTV) — Last summer, the Federal Aviation Administration reported a 30 percent decrease in pilots over the past three decades. It's a shortage that University of Nebraska Omaha's Aviation Institute expects to last a while.

More and more, up-and-coming pilots like Ian Kinslow will be needed to take over the skies.

His school says the concern isn't just for commercial flights.

Kinslow's father and grandfather were cargo pilots, and he wants to do the same thing and fly for UPS.

"They're hurting for pilots just like the passengers are," Kinslow said. "Boxes need to get to places too."

Kinslow's instructor is Scott Vlasek. He has seen the rise in demand for pilots and other jobs in aviation like air traffic control and mechanics.

"We also have a program in administration and unmanned aircraft and there's needs in all the different areas of the industry," Vlasek said. "It's not just the pilots."

A multi-million dollar simulator is just one way the school is recruiting new airmen and airwomen. Airlines are trying to attract new pilots like Ian with more incentives and an increase in pay, which Vlasek says could be a turning point in the problem with aviation employment. Education can get pricey.

"Students coming out of our program will spend an additional 50 thousand dollars on top of tuition, books and fees in order to get the certificates and ratings they need to become a professional pilot," Vlasek said.

Vlasek believes the industry could take off in a better direction in the year 2030, employing the new generation of pilots. It's a goal Kinslow is on his way to accomplishing.

"I've always dreamed of becoming a pilot and eventually moving back home to fly for UPS in Louisville," Kinslow said.

Commercial flyers will need pilots. The International Air Transportation Association predicts over the next 20 years, air traffic will double from this year.