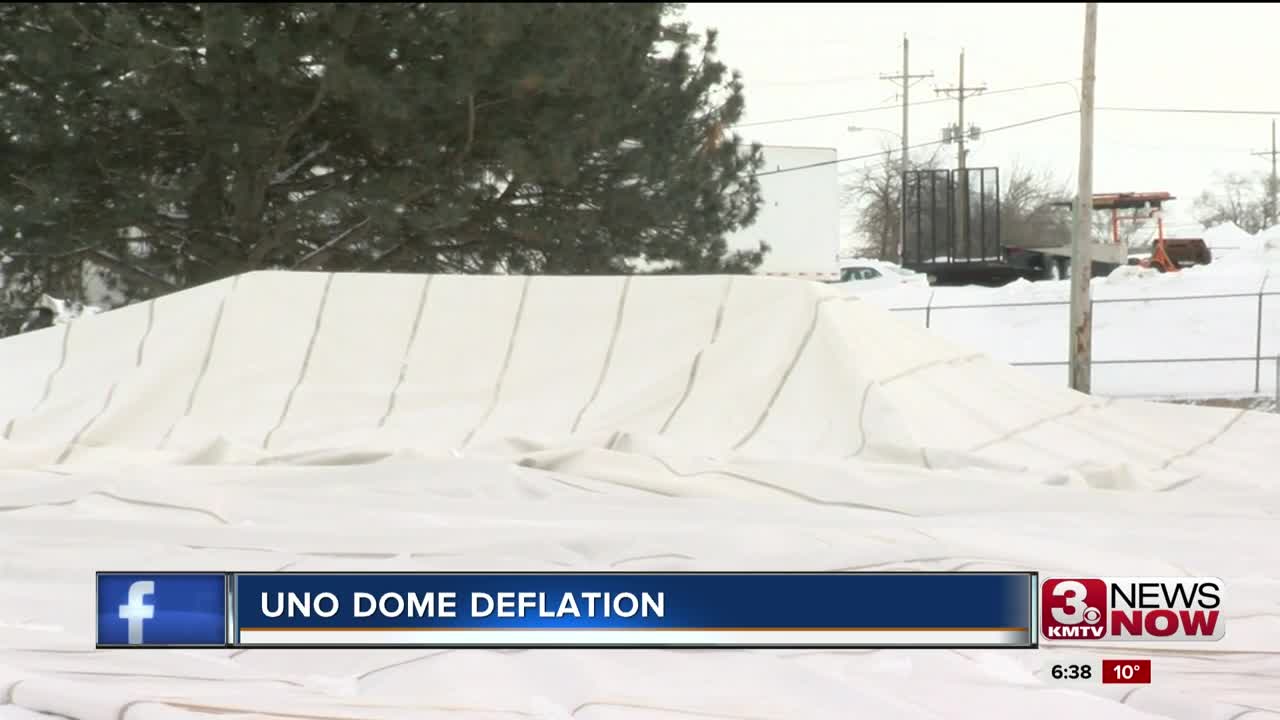 OMAHA, Neb. (KMTV) — As we reported over the weekend, the dome on the University of Nebraska-Omaha campus collapsed on Saturday evening.

Formerly an indoor golf range the dome was used by students and athletes for recreation activities. The university said the facility deflated over a three-hour period. UNO Executive Director of Communications Makayla McMorris said the university is meeting with a company from Minnesota to discuss whether to repair the dome, or rebuild a new facility. The dome previously suffered damage during a snowstorm in 2012.

"This time we think it might be unrepairable but we're not sure," McMorris said. "Chancellor Gold is aware of this and made this a top priority so we'll be focusing on this as the day's come."

UNO has insurance on the facility and says since school was out during the collapse no one was injured.

"Absolutely grateful that there were not students involved," McMorris said. "We had closed the campus and activities due to weather so no one came. It worked out perfectly, no one was injured so we're very pleased."

The dome is also utilized by the Mavericks division one athletic programs. Teams such as the baseball program relied on the dome during the winter months for practice.

"The dome is the perfect place to literally do everything, not just for baseball but everything outside," said Jack Lombardi, a sophomore infielder on the Omaha baseball team.

"We're creating a functional area for the athletic groups to make sure nothing is disturbed in the mean time," McMorris said.

in the mean time the dome's going to stay deflated, but in the long term UNO is deciding whether it makes sense to rebuild, or reutilize the lot for something else.

"We'll make sure it's a functional place for our campus and athletes to use because it is so functional and it is a part of UNO's campus we want to make sure it is replaced," McMorris said.