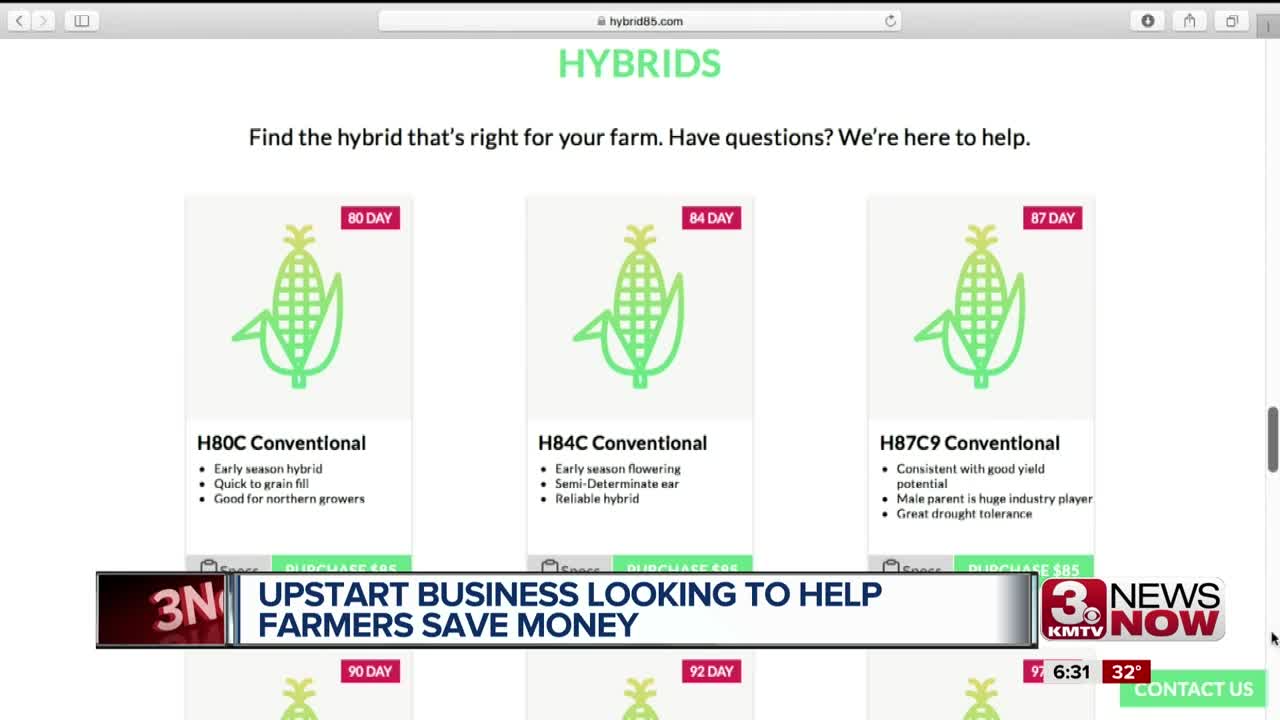 SEWARD COUNTY, Neb. (KMTV) — As the ongoing trade war between America and China continues, markets for farmers continue to be impacted. One Nebraska company is hoping to help keep money in the pockets of those farmers, thanks to the help of corn seed and technology.

2019 has been a tough year for farmers from weather issues, to tariffs. "A lot of the markets and the prices where they're at, are most likely lower than what these guys actually have into it, so they are putting more into the crop than they are getting out of it," says local farmer Del Ficke.

So in wanting to help farmers keep more of their money, Nate Belcher and Matt Ackerman founded their company Hybrid 85. "We kind of had to go back and ask ourselves a question of why does a bag of corn cost as much as it does, and we realized there was a lot going into that that wasn't necessarily bringing value to the farmer," said Belcher.

Hybrid 85 has an online marketplace, where farmers can order non-GMO corn seed, and have it shipped directly to them. This process cuts out the middle man which makes the corn seeds cheaper.

During a time where money can be tight for farmers, some have decided to try it, including Ficke. "The price point the purchasing a bag of that corn vs. something else that's on the market, lower input costs to start with, but the consistently of the genetics that are in there are proven genetics," said Ficke.