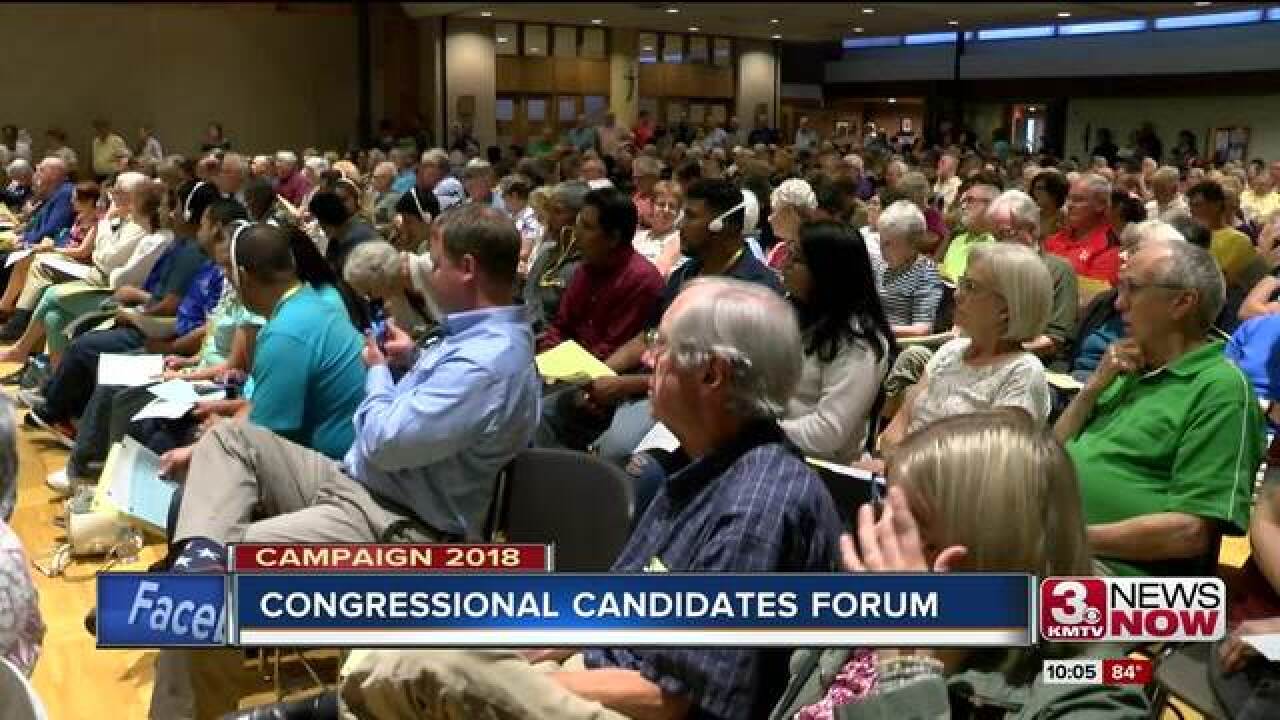 A couple hundred Nebraskans gathered at St. Leo's Catholic Church Monday night. They watched as Congressman Don Bacon and Democratic challenger Kara Eastman shared their thoughts on an array of topics, the most featured being Medicaid expansion programs.

Tonight at the Omaha Together One Community meeting, the group held a forum where a pharmacist who has seen patients been denied medicine asked if Bacon or Eastman can commit to Medicaid expansion.

Bacon told the crowd of many around the age of 65, he isn't ready until other healthcare issues are resolved. But the congressman brought up health areas he says he has improved.

"I am committed to working towards affordable health insurance and providing options, Congressman Bacon said. "I have supported the expansion of community health center funding."

Eastman has experience working in the healthcare field and is ready to expand Medicaid. She told voters how she experienced problems when her mother fought cancer for the fifth time.

"In 2016 she was diagnosed with cancer for the fifth time and prescribed to a $2,500 pill that she could not afford," Eastman said. "I don't want anyone to have to go through what my mom went through."

CORRECTION: An ad previously posted with this story was mis-identified as a candidate ad but was actually an ad paid for by the political action committee called Congressional Leadership Fund. 3 News Now regrets the error.