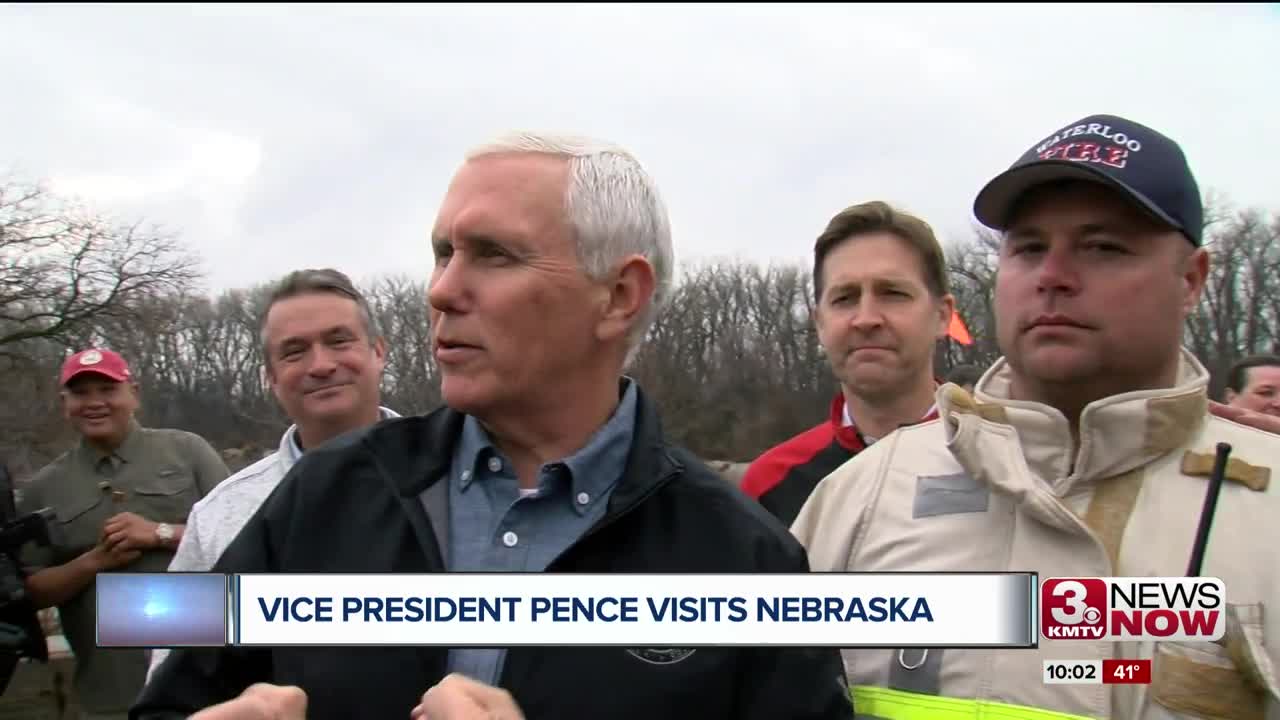 "We're with you and the American people will stand with people across Nebraska, Iowa and all eight states affected by this widespread flooding," Vice President Pence said.

"This is the most widespread damage in our state's history," Governor Ricketts said. "It is truly an epic disaster."

"We have 11 bridges down, lost livestock, a third of the base down, that's the operational area of the base," Representative Bacon said. "We're going to need some focused energy from Washington DC."

A way Washington can help is by passing Nebraska's disaster declaration request for relief. Vice President Pence announced President Trump is expediting the process to help bring resources to the Cornhusker state.

"Help is on the way," Pence said. "We're going to make sure the resources are available for states and communities in times like this."

The party made a stop on the Elkhorn River near Waterloo and at the shelter at Elkhorn Middle School. The Vice President saw first-hand how the volunteers have kept Nebraska strong.

"It's why they call this the heartland and it's in the charitable works of the volunteers," Pence said.

"It's really an amazing thing to behold," said Senator Ben Sasse. {You go in to shelters and find people who's houses were lost and they show up at the shelter and they want to be at the volunteer line."

From the volunteer line, to the first responders, Pence says the American spirit was on display in Eastern Nebraska.

"It's just the best of America," Pence said. "It shows the heart of the heartland when hard times strike."