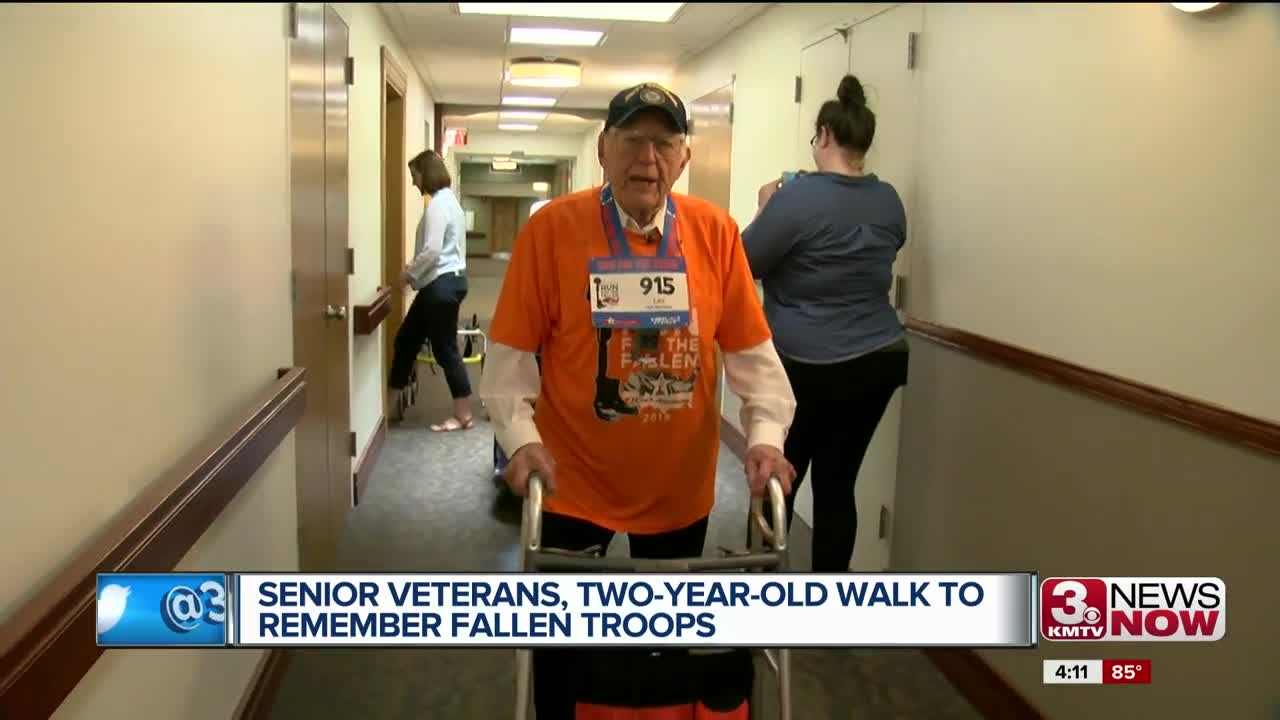 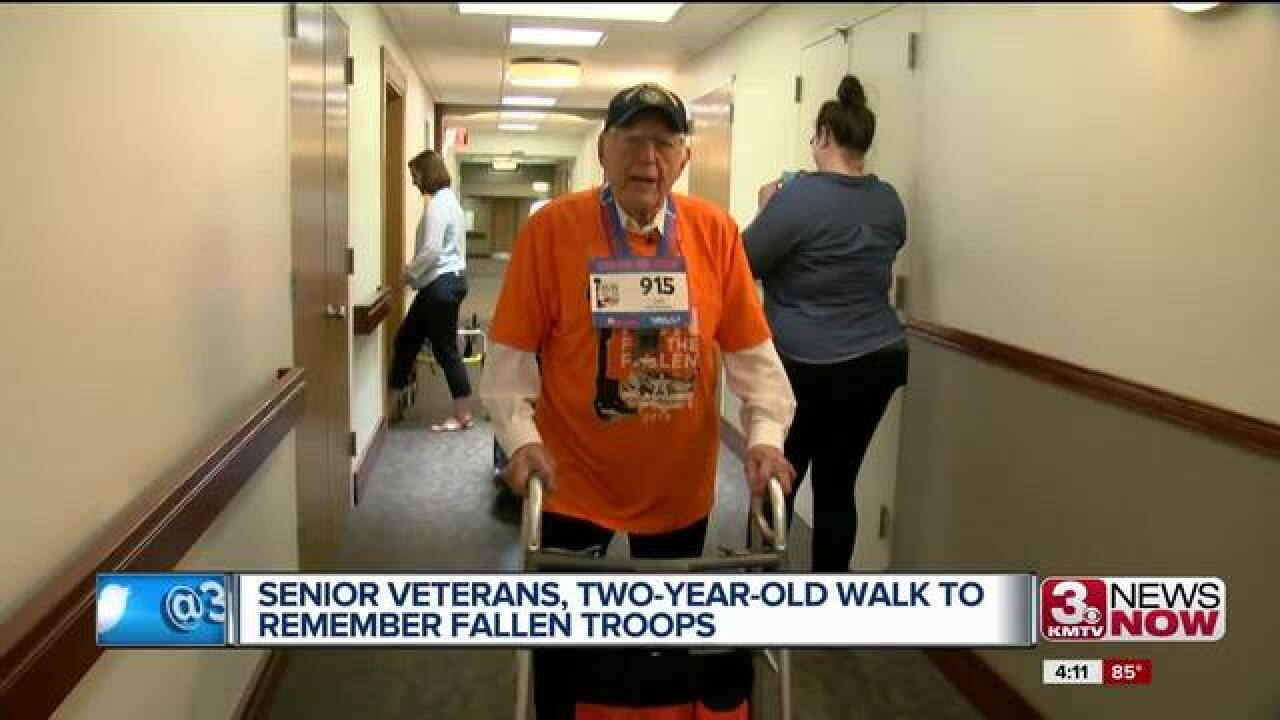 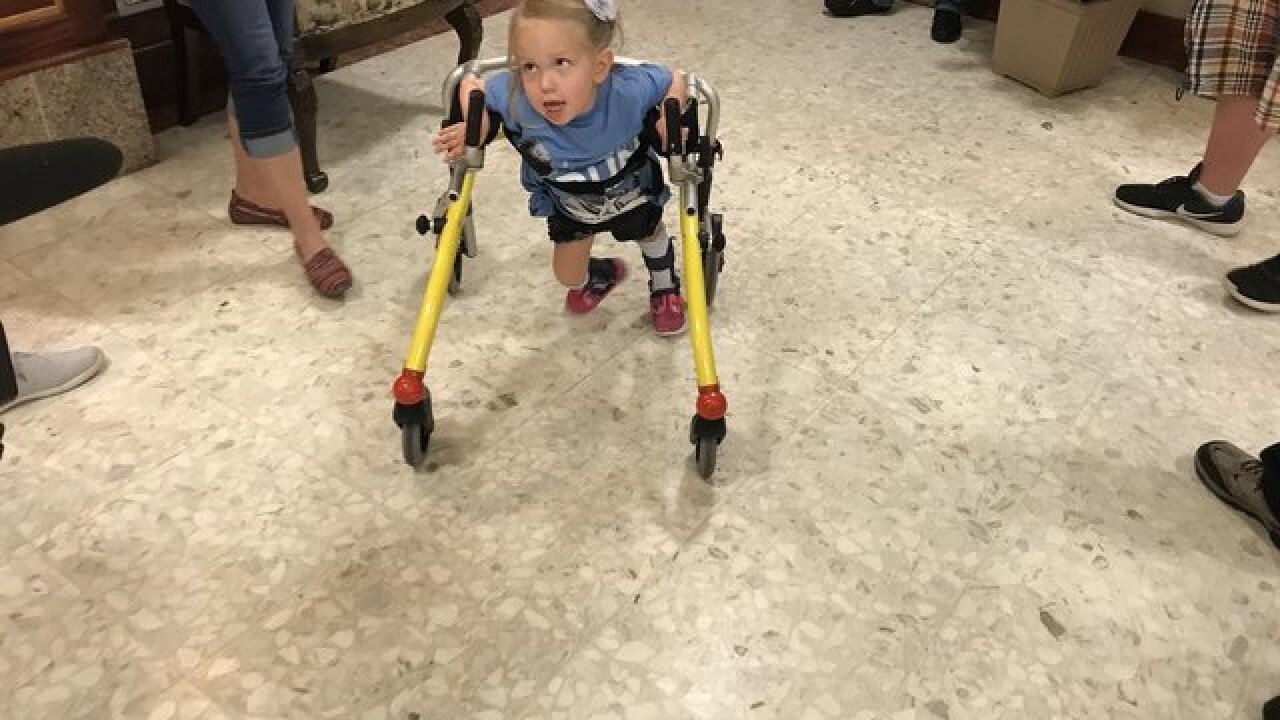 This summer, a national run to remember 20,000 military members who died during service will make its way through Omaha.

Some local heroes who can't run found a way to participate and honor the fallen, Leo Bianchi, 99, and 2-year-old Sage Meier could not have less in common. He's seen the world and she has much to see, but on Wednesday, the two took steps together as part of virtual run for military members.

Sage suffers from cerebral palsy and relies on a walker, and at age 99, Leo uses one as well.

The pair was joined by fellow veterans Rosemary Longacre and Dick Prinze, both older than 80 themselves.

The run comes to Nebraska June 6-8.