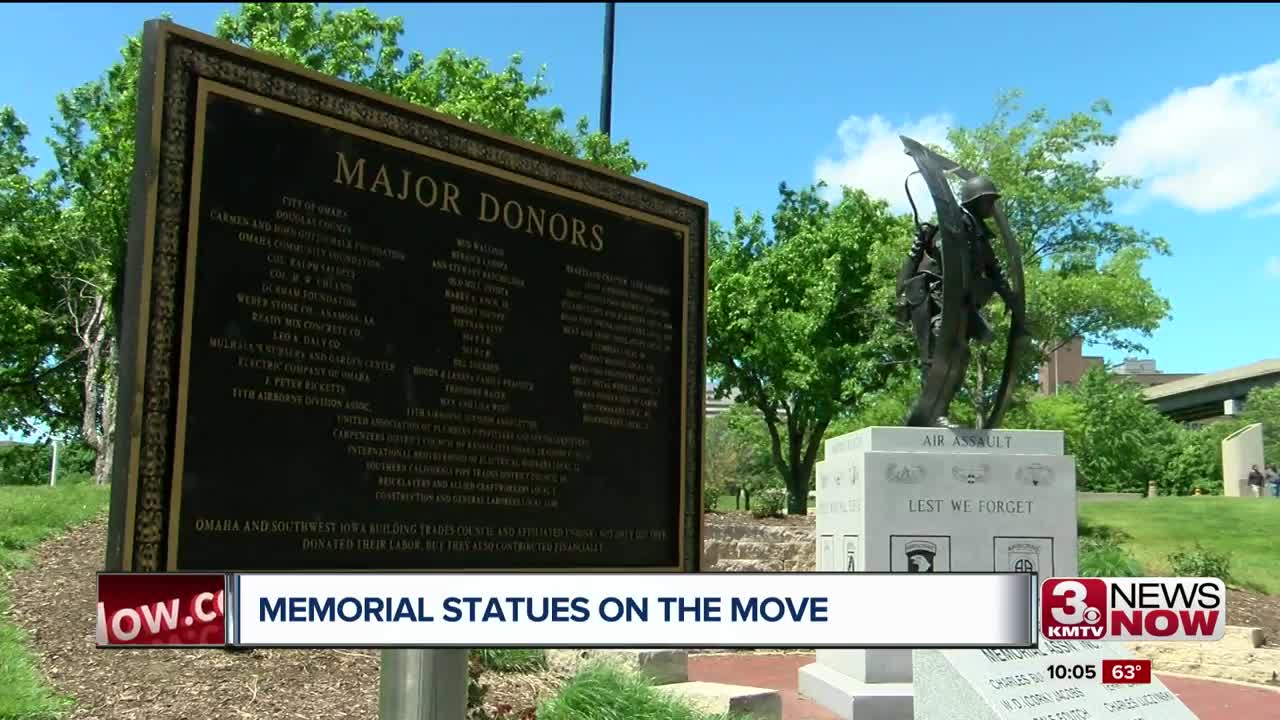 OMAHA, NE. (KMTV) — With the ongoing work of the Gene Leahy Mall / Riverfront project, many new features will be added to the area. That also means some current staples of the Heartland of America Park are on the move. The three war memorials in the park are being moved to Memorial Park.

"Our concern was where is this going, that was my biggest concern," says Daniel Falcon, President of the Heartland Airborne Memorial. "These memorials need to be in a more dignified place."

The marines memorial has moved already, but the World War II and the Airborne memorials remain. The hope is that moving these statues means more people get to see them.

"When people come to town, people are going to see one of the historic memorials that's at Memorial Park currently these are going to be fitting and be perfect there," says Brook Bench, Parks and Recreation Director for the City of Omaha.

With hundreds of bricks, and statues that weigh a ton, it won't be an easy process for the city. "Due to the sheer size, and how many different components there are to the two bigger one's down there, so it's just going to take some time," says Bench.

For the city and the man who loves statues, the move is a long time coming. "The location is just a beautiful location so, this will be the perfect place to put these memorials," says Falcon.

The city hopes to have the two remaining statues moved to Memorial Park by Halloween of 2019.