Ashford, Eastman square off in their second debate 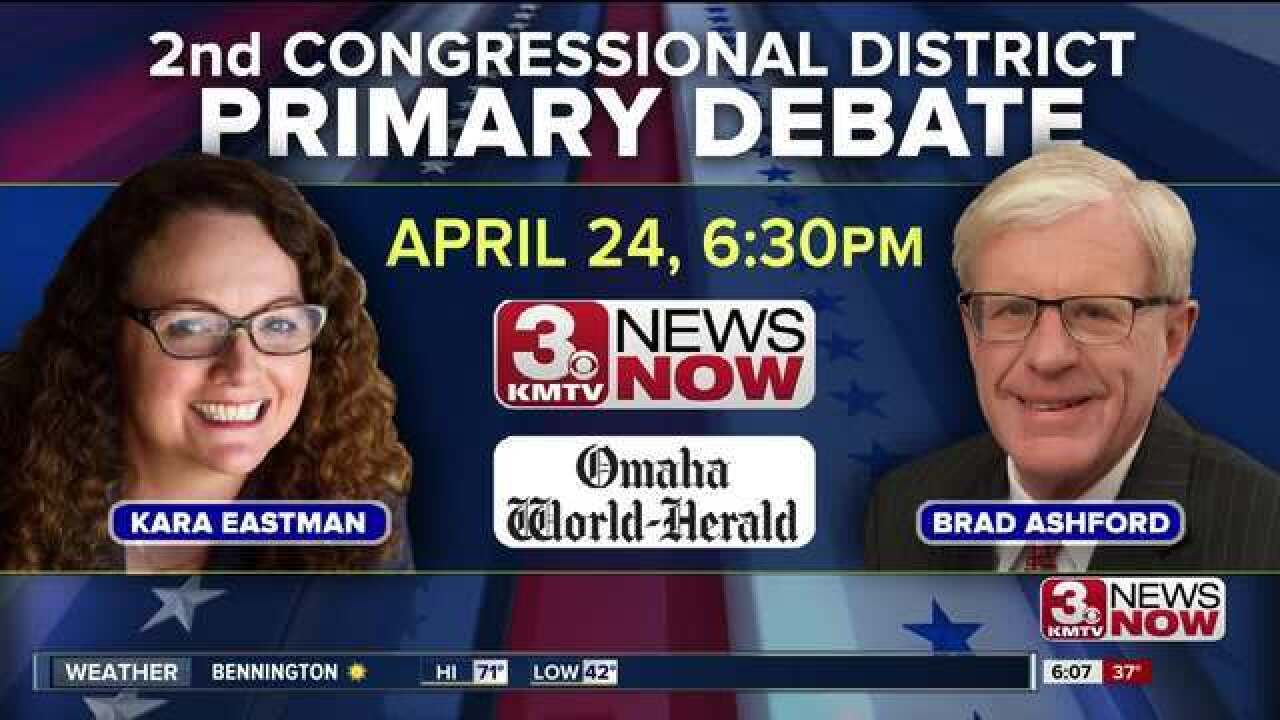 Brad Ashford and Kara Eastman , Democratic candidates for Nebraska's 2nd Congressional District, met in the KMTV 3 News Now studio for a debate at 6:30 p.m. Tuesday in an event held in conjunction with Omaha World-Herald, our media partner.

Both candidates were asked about their stance on regulating firearms.

"We've gone from no no no to yes and we're at yes on the assault weapons ban if such a bill came to Congress I would vote for it," said Ashford.

"We need common sense gun safety regulation and we need it immediately, we're seeing shooting happening in Omaha in the last week this is unbelievable that we continue to let this happen," said Eastman.

On immigration, both agree on a pathway to citizenship for DACA kids. Ashford was asked about his reputation on changing his mind on some issues.

Eastman was asked about her lack of political experience, " I've developed public-private partnerships I have worked with the HUD, EPA, CDC, I've actually brought those federal dollars
to Omaha, sometimes Nebraska for the first time."

Both candidate agree on finding ways to reduce student debt and fixing the healthcare system.

"I support the ability of every American to get as much choice as possible to bring the cost, which will help bring the cost of insurance down," said Ashford.

"We are the only country of our size, of our wealth of our stature that doesn't provide healthcare to everybody, and it is time to put a stop to this people are dying, people are suffering and we need our policy makers to fight for them," said Eastman.

They agreed to continue their debate off-air for our viewers online, after which 3 News Now anchor Craig Nigrelli and Omaha World Herald's Mike'l Severe analyzed the entire evening's exchange.

Nebraska's primary election will take place on May 15.