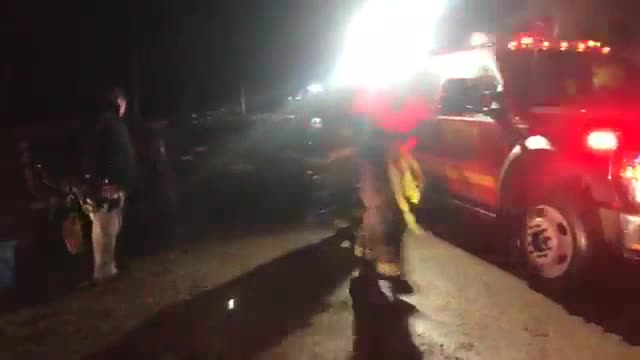 LASHARA — Rescue workers had to save 4 people who were trapped in flood waters in Lashara, which is near Fremont.

Around 2:30 Thursday morning a call went out that 4 people were trapped in flood waters neat the Platte River and were on top of their car, which was surrounded by flood waters.

All 4 were safely rescued.

3 News Now reporter Alexa Reye was on scene and filed this report via Facebook live.