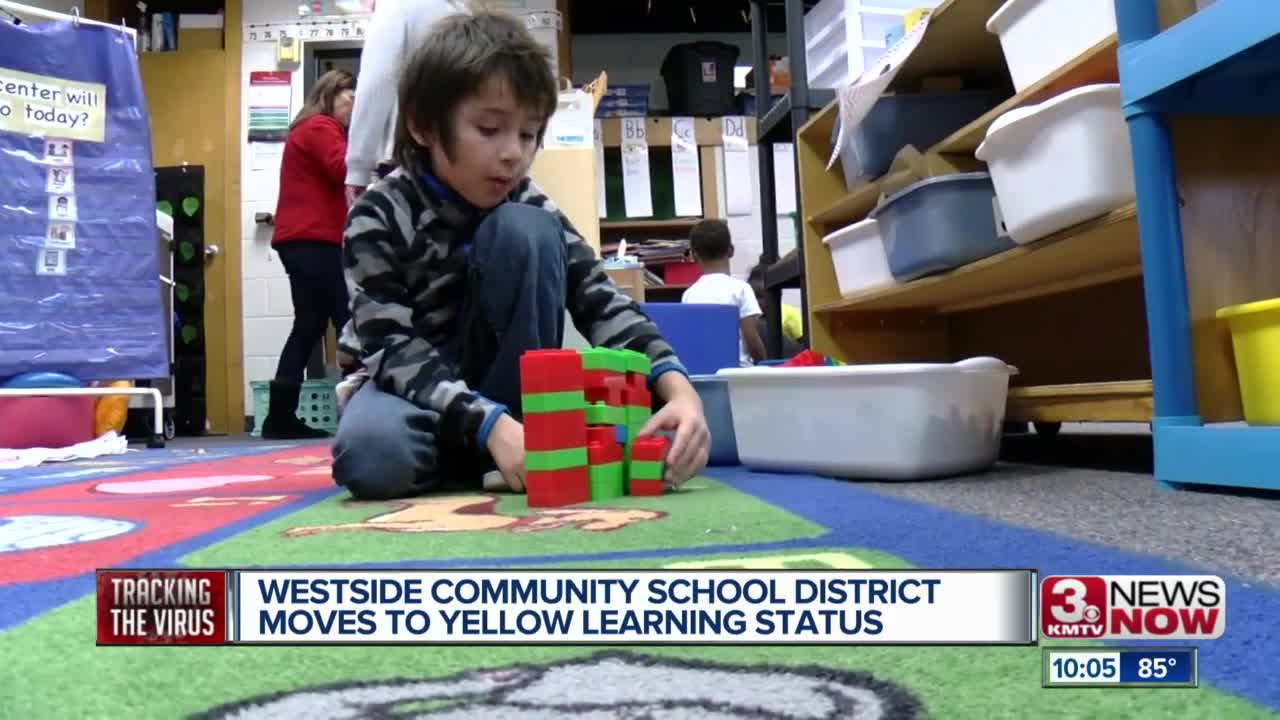 The district says that means 50 percent of students will be in school at the elementary level and 25 percent at the secondary level.

Westside says that plan will be in effect from August 18 through September 4.

Westside originally planned to begin the year with all students in school.

The district says it's possible they could shift to a red status by August 18, which would mean fully remote learning.

The status will not change to green prior to August 18. The district urges parents to plan for multiple scenarios.

Read more about the district's plans below.