Whooping cough in the metro; how to stay protected 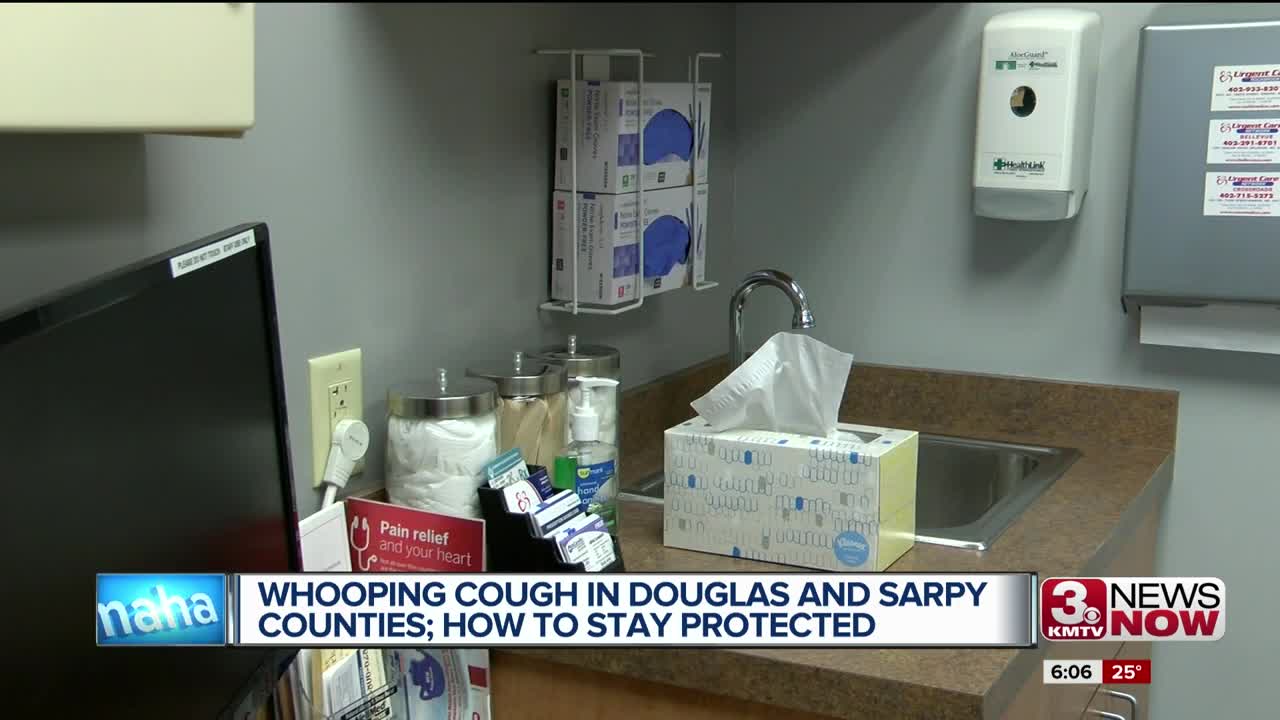 "It's a very tricky bacteria. It starts out like a normal cough and then that cough turns into one that's very persistent," Sarpy Cass Health Department public health nurse Monica Ulses said.

Pertussis, also known as whooping cough, is a dangerous and contagious disease.

"Some people even break ribs when they're coughing," Ulses said.

Last week in Douglas County there were three reported cases of whooping cough. One student in the Bellevue Public School District and two students in the Millard Public School district reportedly had pertussis.

"You know we're in that season, we've seen it in the community," Ulses said.

Bellevue and Millard school officials say there have been no additional cases and that when there was no school, the buildings were heavily cleaned and sanitized.

According to the Sarpy Cass Health Department, when a student is confirmed to have pertussis, they have to stay home for the complete five days of treatment and antibiotic.

"They can return on the sixth day," Ulses said.

Some good tips to follow when it comes to the whooping cough includes washing your hands, covering your cough, stay at home if you experience any symptoms and most importantly, getting the vaccine.

"Make sure that they're up to date with they're immunizations. That's the best defense that we have," Ulses said.

If left untreated, whooping cough can lead to lung infections like pneumonia. If you have a persistent cough that just will not go away, go to a medical professional and get tested for the disease.