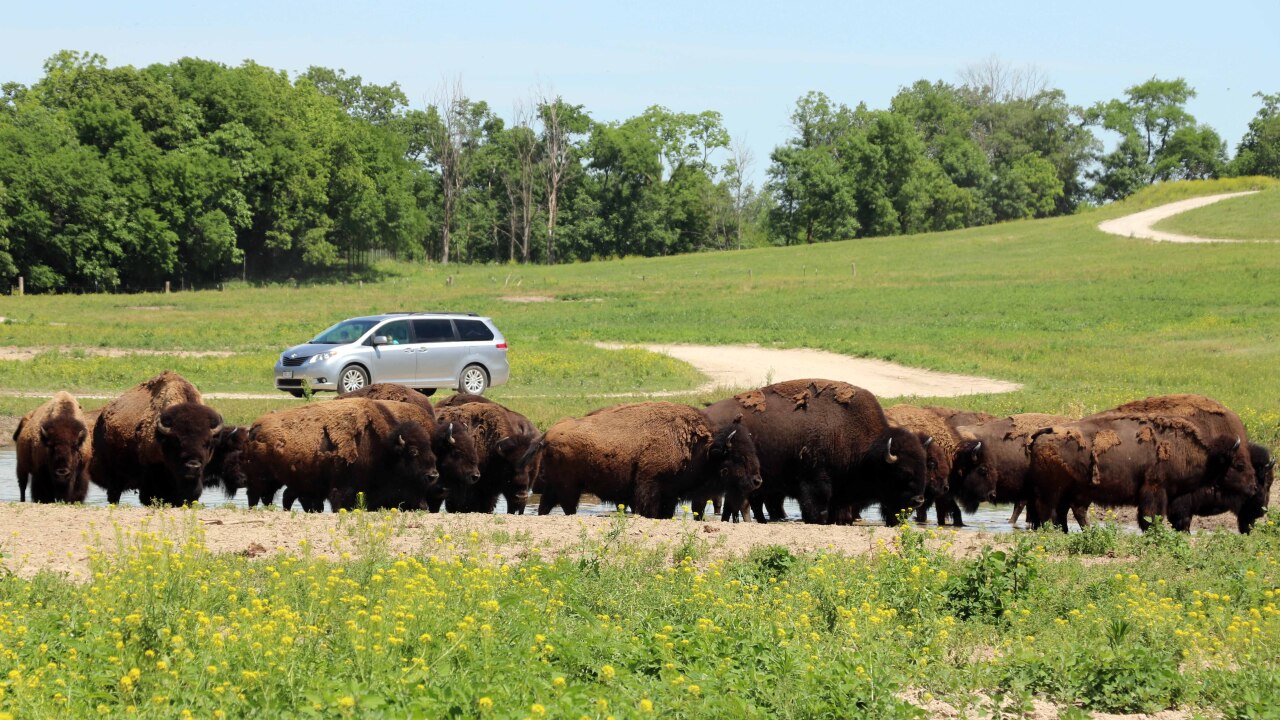 OMAHA, Neb. (KMTV) — Featuring a four-mile drive through North American wildlife from the comfort of a vehicle, the Wildlife Safari Park in Ashland is officially open for the 2019 season.

While visitors cruise through the stretch of road, they get an up-close look at deer, Sandhill cranes, trumpeter swans, bison, American white pelicans and American elk. Midway through the park, people have the opportunity to explore on foot.

Two miles of hiking trails pass Wolf Canyon, featuring grey wolves and three American black bears. A Hands-on-Corral lets kids interact with farm animals such as chickens and pygmy goats. The park also features an Eagle Aviary, which is home to four bald eagles who were deemed non-releasable by the United States Fish and Wildlife Service.

Each visit to the safari park supports conservation efforts around the world, including the Cheetah Breeding Center located behind-the-scenes at the location, a press release from the zoo says.

The Wildlife Safari Park is located off Nebraska's I-80, Exit 426 near the Strategic Air and Space Museum and the Eugene T. Mahoney State Park. They are open daily from 9 a.m. to 5 p.m. until October.