Winter weather poses risk for those with Alzheimer's 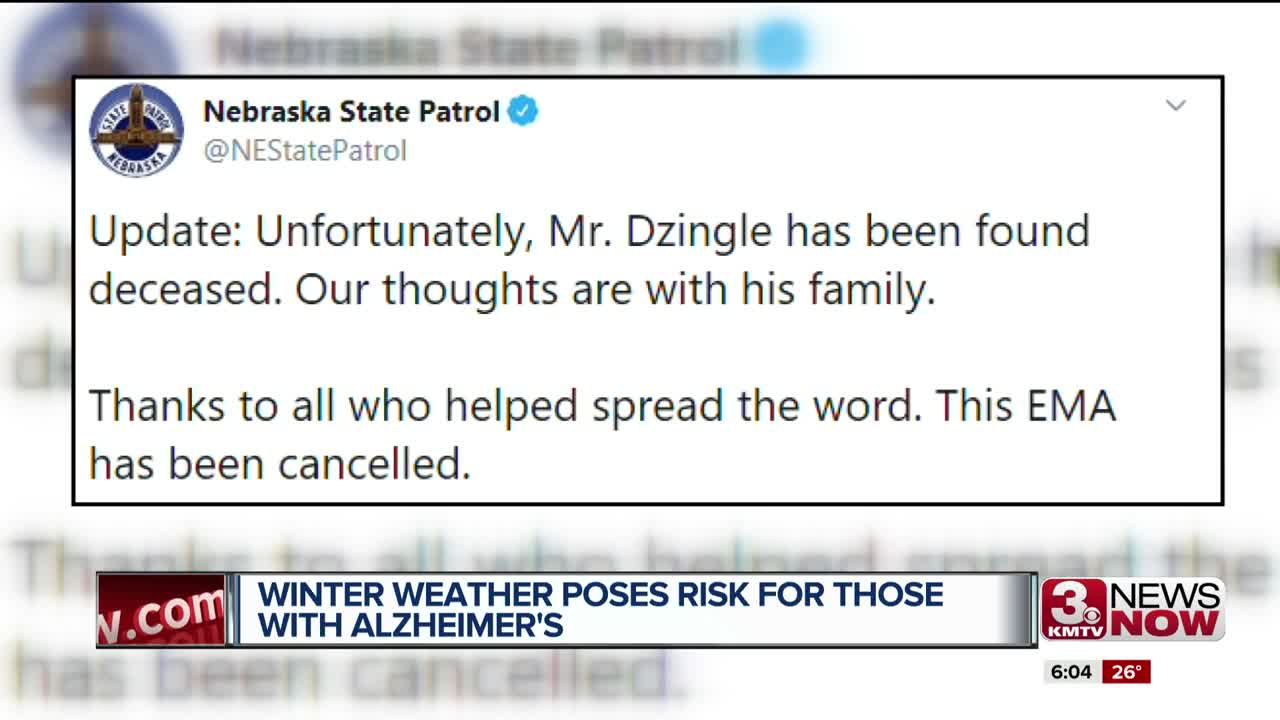 Winter Weather Poses Risk for Those with Alzheimer's

OMAHA, Neb. (KMTV) — With that cold weather, it brings another concern for people battling a certain disease. This comes after one elderly man in central Nebraska who went missing. Days later he was found dead after wandering off.

"Breaks my heart, unfortunately, most families aren't aware of some of the hazards of living at home," said Nolan Clare, Alzheimer's Association of Nebraska Board Member. "It's more common than people would think, it is one of the biggest risk factors that people suffering from Alzheimer's disease have," said Clare.

Why some with Alzheimer's wander off is something that's isn't clear but Clare says our what's in our DNA plays a factor. "Humans are curious creatures, we want to do things and somebody suffering from Alzheimer's disease feels like they can be independent and do the things they've always done."

There are signs to lookout for to help signal someone may be wanting to wander off. "Restlessness, some people are looking for something that's either present or was present in the past that causes them to wander," said Ellen Steffensmeier, Nurse Practitioner at CHI Health. People might also wander off looking for food. Being proactive is the key, talking with a doctor regularly or taking away car keys if that person is a safety risk can help.

If someone does wander off, contact 911 first. You can search areas like around the house or places you think they might go, but that may not always be effective. "Sometimes, somebody may go to a predictable spot sometimes they won't, so I think it's good to think about, but again I think that search area needs to be pretty broad," said Steffensmeier.

The best solution is to prevent it from happening in the first place, because sometimes you may not get a second chance at correcting it. "There's just some things you don't get do-overs on and one of them is someone walking outside and getting stranded in a cold front or a snowstorm or things like that," said Clare.

For more tips and things to keep in mind visit alz.org/nebraska