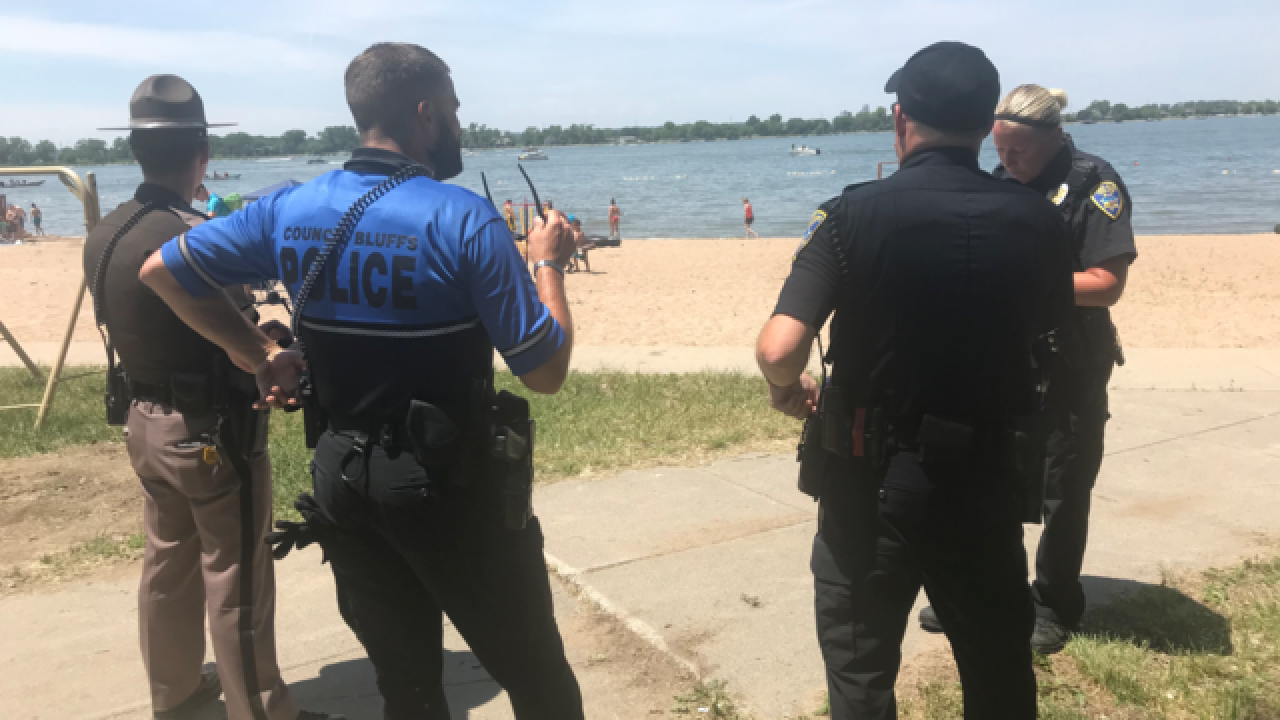 Authorities have recovered the body of a 15-year-old boy from Omaha in Lake Manawa around 3:15 p.m. on Memorial Day.

Council Bluffs Assistant Fire Chief Derrick Williams confirms body of missing boy at Lake Manawa has been recovered by divers. The body was found near beach. He says boy was 15yo boy from Omaha. @3NewsNowOmaha pic.twitter.com/3x28NdKxNv

According to bystanders, the boy's name was Edgar and he was on a floating device with with his younger brother when he went under water and never came up around 1 p.m.

A witness at the lake says everyone was asked to leave the beach around 2 p.m. Authorities have since closed the beach to the public.

The body was recovered in the water, where it was about 5 feet deep, and taken to a Council Bluffs hospital. Williams said there were DNR boats already in the water for the busy holiday and three life guards were on duty, but too much time had lapsed before the discovery.

This is a breaking news story. Please check back for updates.