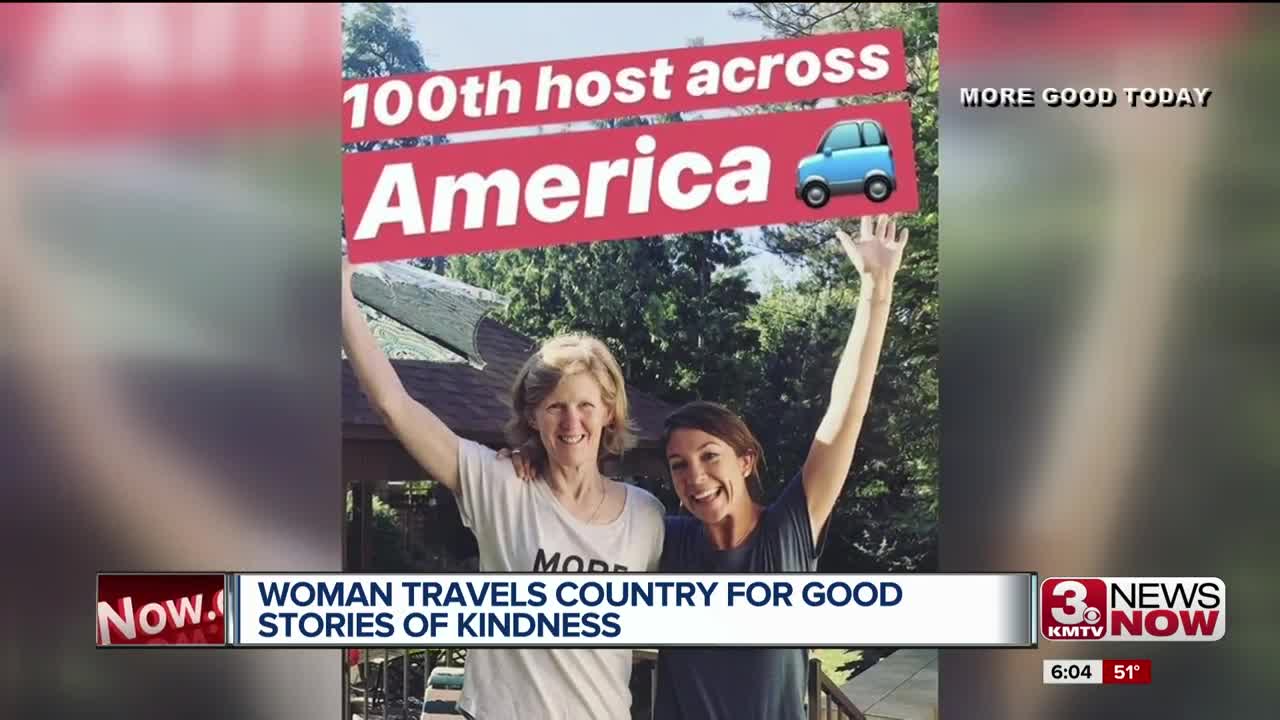 New Yorker Mary Latham stops in Omaha to hear and collect stories of kindness shown to others. She plans to use the collection for a book to inspire family and friends sitting in hospital waiting rooms while supporting loved ones during treatment. 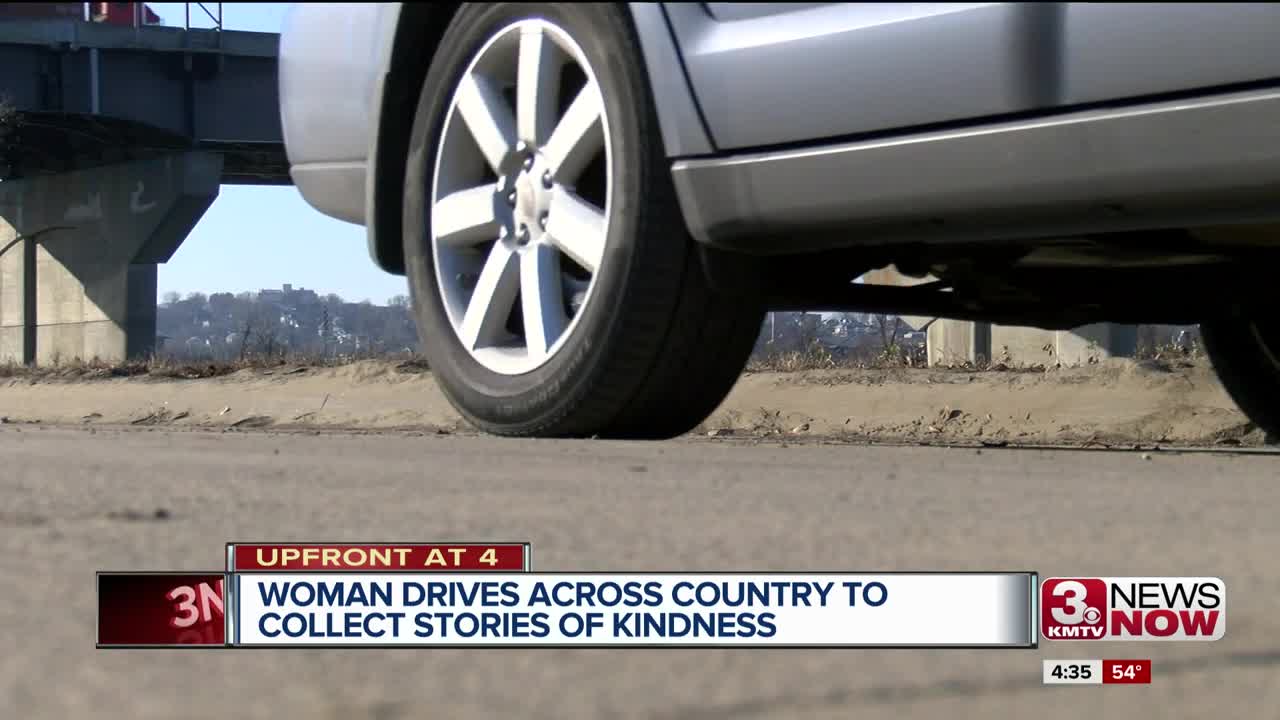 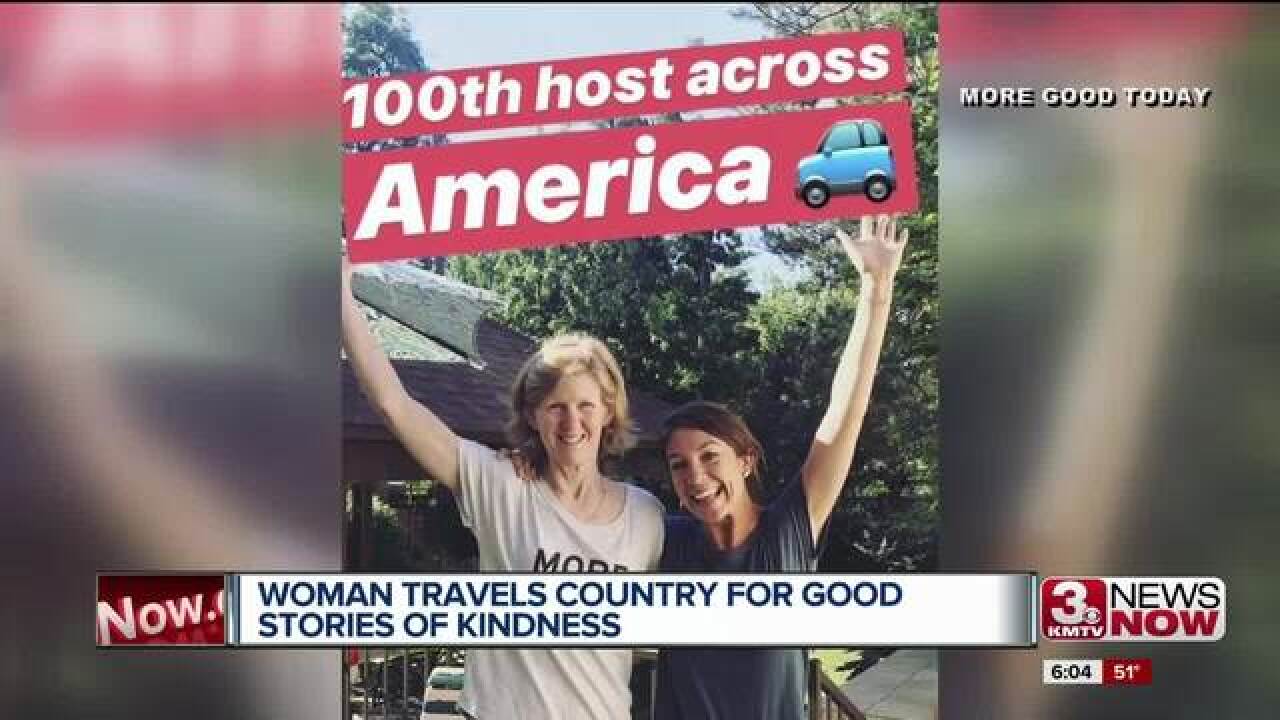 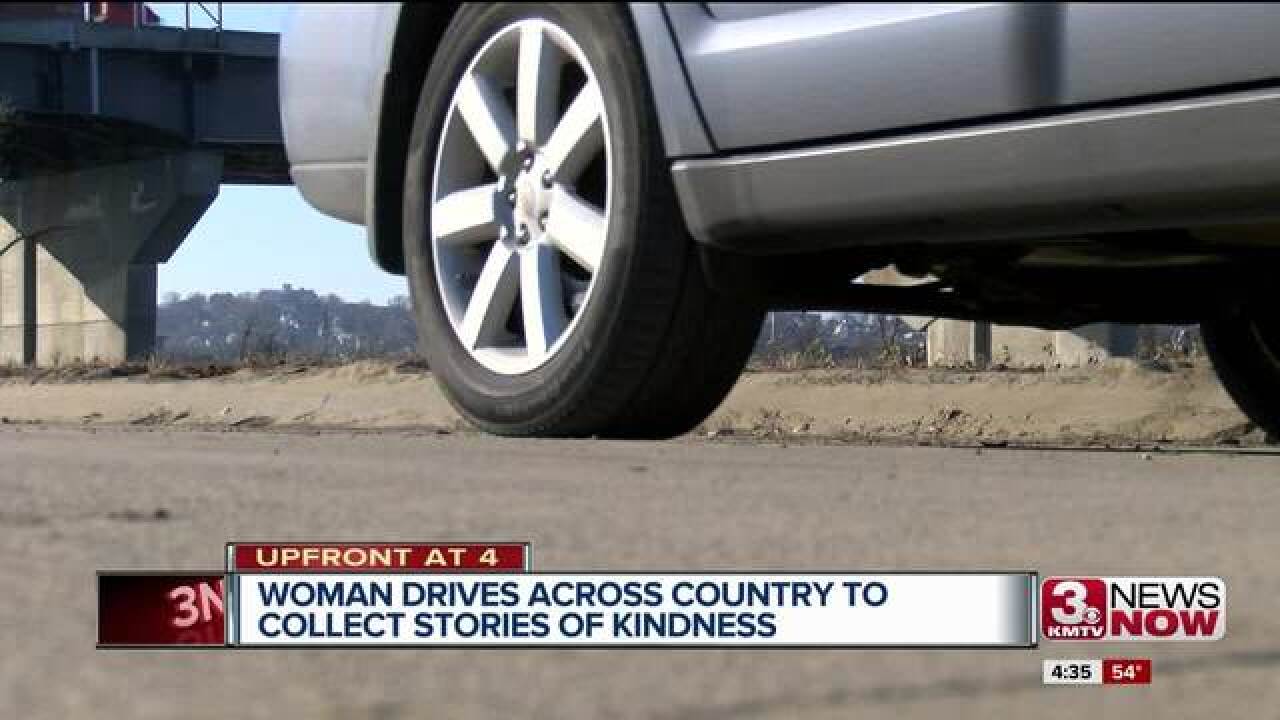 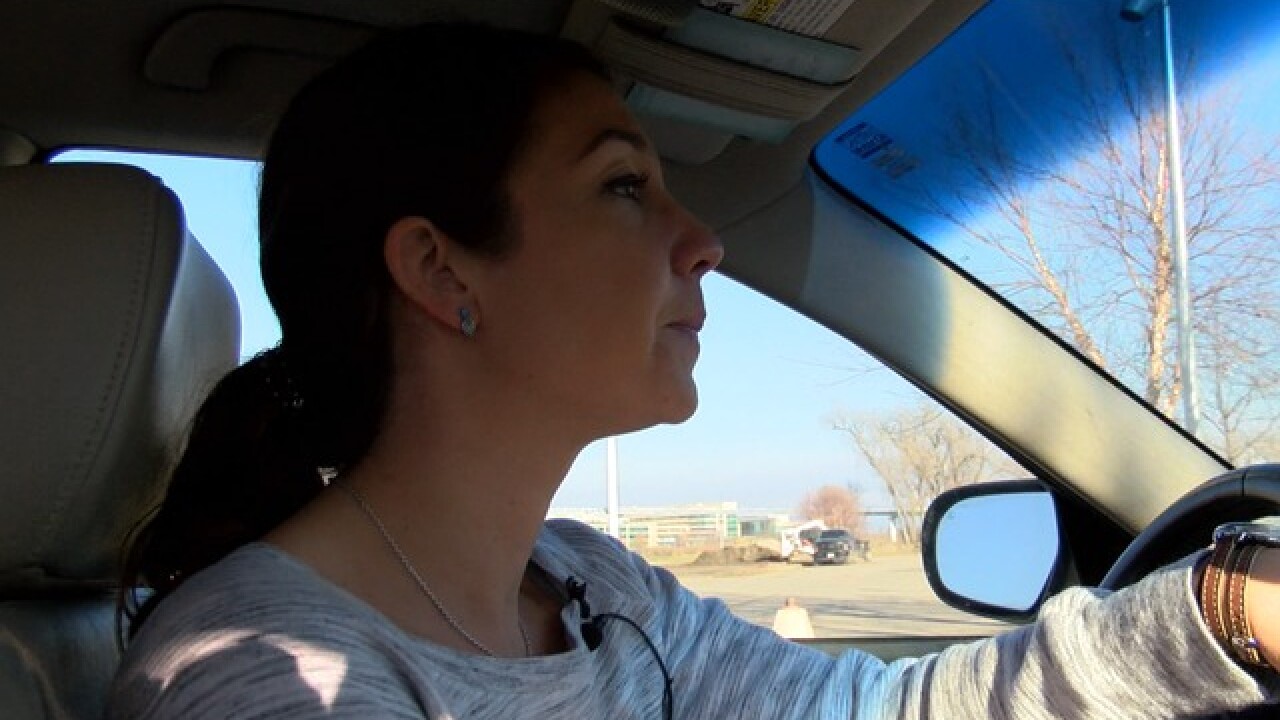 You can't tell Mary Latham there aren't any good people left in this world.

The New Yorker says she's already met some of them by visiting 32 states to date.

"I'm doing a road trip to every single state in America, compiling stories of human kindness and acts of kindness," Latham, 31, said.

Her trek began October 2016 when she visited nearby Connecticut to archive her first few stories of good things happening to people in her project, More Good Today .

The wedding photographer sometimes flies back home for work while archiving the stories. But her blue Subaru Outback always stays on the road, parked away in storage until she's back on the road.

Latham says she often finds kind people everywhere, even staying with them while on her mission.

"The whole trip, I stay with people that support the mission," she said.

At the moment, she's staying at her 113th home in Millard. The story collector said roughly a 100 of her hosts have been strangers who later become friends.

Prior to arriving in Nebraska, she spent some time in North and South Dakota. Now in the metro, she's ready to hear and collect stories.

Her journey to finding good stories started on the same day as the Sandy Hook Elementary shooting in 2012. On that date, Latham also learned about how a man purchased a $100 gift card at a coffee shop and requested the cashier use the funds to pay for the line behind him. But she pushed behind the goodwill gesture as her mind stayed glued to the news on TV for developments emerging out of Newtown. Her mother reminded her to stay focused instead on the positive stories.

There is always going to be horrible things happening, but there will always be more good out there than bad, Latham said when recalling the conversation.

Her mother would say this, despite battling her second round with cancer before dying a few months later.

In some ways Latham's mother guides her on the quest. The car formerly belonged to her and Latham even tattooed her mom's signature on her left hand.

"I put it right here so she's maybe holding my hand or driving the wheel," she said.

Their relationship fuels this project which she hopes to turn into a book for loved ones to read in hospital waiting rooms because she wants to remind them on how they can still find uplifting stories even when times feel uncertain.

"I want to create this book to put a little bit of hope in those rooms," she said. "And give people inspiration."