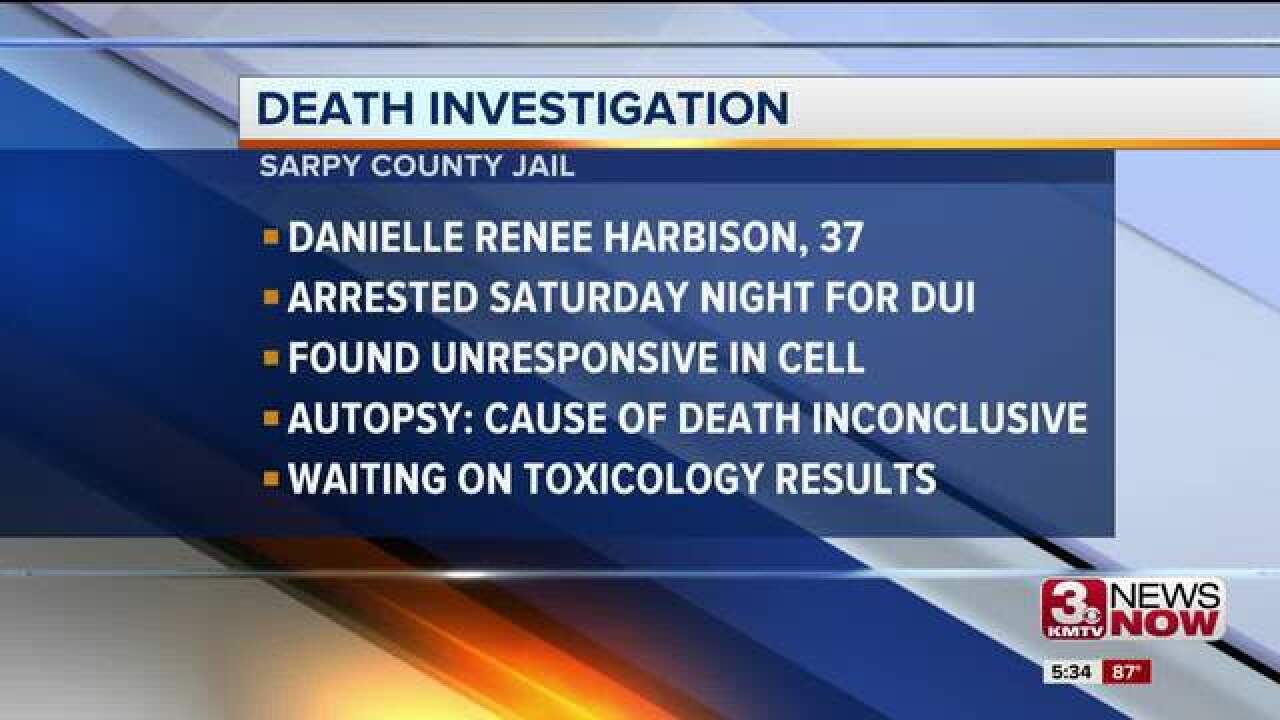 A woman brought to Sarpy County Jail under suspicion of driving while intoxicated was found unresponsive in her cell Sunday morning.

Deputies told 3 News Now, Harbison's blood alcohol level tested four times the legal limit and that officials could not take her photo or fingerprints at the jail.

She was found lying on the cell floor around 2 a.m. an employee tried SPR and used a defibrillator.

Reports from an autopsy this morning are inconclusive about the cause of death but investigators are waiting for the toxicology report, which could take weeks.